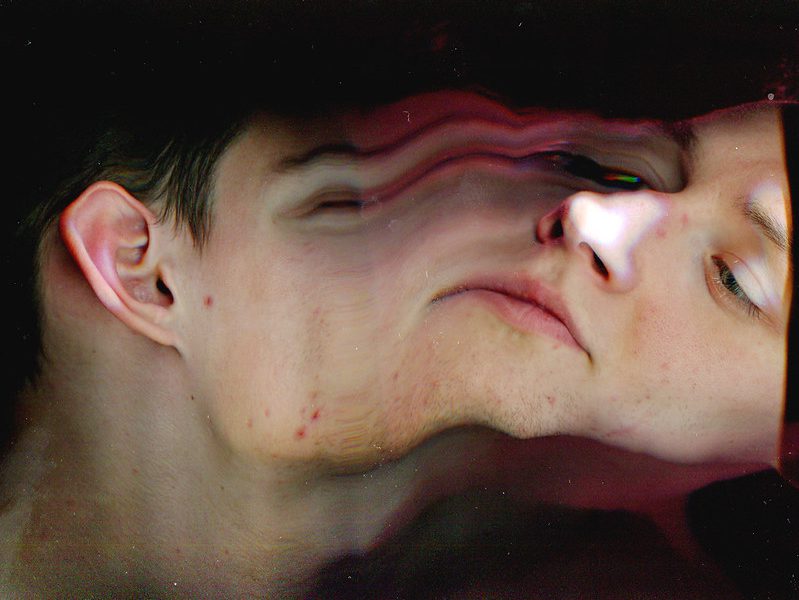 While our search for a partner may be aided by dating apps and social media platforms that nurture erotic and sexual connections, they have their limitations. Whether it is Grindr, Planet Romeo, Tinder, or social media platforms such as Facebook, Instagram, and WhatsApp, there is hardly any fool proof mechanism to credibly ascertain a user’s age. We may often take a person’s word based on what they have shared. Upon personally questioning young folk, I found that most began using dating apps and were sexually active before turning 18, which is the legal age of consent. In some cases, these folks looked way older than their age and could pass off as adults. Often enough, the persons they interacted with did not get a hint of their actual age.

For these young persons using dating apps, there’s a mix of different feelings. There is a curiosity about the unknown, the tantalising or the seductive. There is also a need for validation, security, support, attention, normalcy, camaraderie and sexual gratification. Often, because of the lack of real-world affirming spaces for young folk, the easiest access to any tangible or ‘real’ sexual experience seems to be through location-gauging apps which allow for exploration in one’s vicinity. Possibly in times like these, of the COVID lockdown, more people are hooking up online, finding innovative ways to connect.

Changing technology, with newer applications, allows for different ways of connecting with others through our online personas (some of which might resonate with who we actually are). Each of the apps also allows users to connect on other apps on which they have profiles. Some apps are more overt in catering to sexual intent than others. And, while the user’s desire maybe explicit, the modes of relating vary. Grindr and Planet Romeo are more likely to have more blank profiles or pictures of torsos or other body parts or even fake pictures than other online dating platforms. Users instinctively vet the authenticity of profiles to ensure possibilities of connection. Some users are able to discern which profiles are fake and which are authentic, and some users are able to camouflage who they really are. The information that people share on their profiles through pictures and text about themselves, and their online behaviour and interaction with others as well as ourselves, enables us to arrive at an opinion about them. During this process of discerning authenticity, there are ‘red flags’ that some people are able to spot that others inadvertently ignore or fail to recognise. These might include: making you feel less as a person, lying about themselves, inconsistency in what they say, being desperate to get into a relationship, wanting to have their way all the time on their terms, expecting your undivided attention while they themselves are unavailable or, worse still, constantly busy on their phones when they’re with you.

To put these insights in perspective, I’ll share a personal anecdote that awakened me. I once received a Facebook request and got into conversation with a young man who lived in the same city as me. He told me his age and yet, while chatting with him, something seemed amiss. Sometimes he spoke of hanging out with friends, the next minute, he was completing a deliverable in office! So, I asked some seemingly common questions about his education and work to ascertain his probable age. And then, when I again asked him his ‘real’ age, he admitted he was 17. We continued our conversation, though at a slower pace than before, and suddenly one day, he boldly asked whether I’d have sex with him. That’s when I lashed out and asked him if he knew the repercussions of what he intended to do. Like a parent, I told him that as he was not yet 18, he could get someone into legal trouble by lying about his age. We had a couple of conversations after this incident because I did not want to leave him feeling rejected. I hoped he would see sense in taking responsibility for himself and his own wellbeing.

Eventually, on his eighteenth birthday, I got a message: “Do you want to fuck an 18-year-old virgin?” I was not sure who was to be whose gift. I was amazed that he was so direct and persistent in asking for what he wanted; it is something that I still struggle with. This clarity and boldness are a common trait among younger folk. Though we never met in person, his memory stayed with me and awakened me to the reality that teenagers pretending to be adults is a common phenomenon that can lead to potentially messy situations because of sexual-age-of-consent laws.

There are different sexual-age-of-consent laws, which were created to protect teenagers from adults who may take advantage of them. The age varies from country to country. For example, in India, it is 18 years; in different states in the US, it is 16, 17 and 18; in Italy, it is 14. Understandably, some teenagers do not want to wait to reach an arbitrary milestone set by the law before they can have sex. That being said, the age of consent is set by the law, and no matter the temptation or provocation, as adults we need to ensure that we stay on the right side of it, even if the younger people are not.

I realised that non-adult queer persons were lying about their age to access spaces which were otherwise not open to them for romantic and sexual exploration. There is always the possibility that this may put an unsuspecting adult in a sticky situation. There may also be adults who knowingly feign ignorance of a potential partner’s age to seize the opportunity to have sex. While there are ongoing attempts, however small, to create affirming spaces for young queer folk, we have a very long way to go. As long as the erotic carrot dangles and seduces younger people, they will continue to be innovative in accessing spaces that are ‘off limits’. Our social worlds, whether at home, school or in our peer-circle, often evoke a fear about the danger of having sex. From adults lurking around to ‘rob’ our virginity or ‘use’ us, to being shamed and stigmatised, or being exposed to multiple and dangerous sexually transmitted infections, this litany of fears has always been there. Yet, some advice (in response to our fears) from those with experience, about resisting the pressure to engage in high fun (substance use) or do anything that might harm us financially or emotionally, can be of great benefit to us. Similarly, for queer folk, who often enough, have to figure out their own identity and deal with their internalised feelings of shame, finding god parents, or let’s say ‘sex-parents’ with nurturing, sex-positive advice might provide them welcome islands of safety.

As advocates of safe, inclusive and sexuality-affirming spaces, we can explore different ways to ensure that the people we are interacting with on dating platforms are legal adults and are not merely wearing a mask of adulthood. Here are some issues that we need to be mindful of:

One, being aware that there are non-adult folk accessing spaces which are off-limits. While there may be adults who seek children for sexual purposes, we often do not consider non-adults seeking to pass off as adults, and as a consequence, potentially putting their adult partner in legal jeopardy.

Two, sensitising non-adults about the possible messy legal consequences of having sex with adults. This messiness can also fall upon two young people who engage sexually with each other, especially if one of them turns 18 and is a legal adult while the other one is not.

Three, ascertaining the legal age of one’s sexual partners. Asking to see an identification card when one is enamoured might seem really bizarre in practice! But if one is in doubt, it may help. There are honest ways of putting this across, like admitting concern about one’s own safety and hence wanting to be sure about their age.

Four, understanding people through their interactions. People of all ages, educational levels, and life experiences can falter in this. Reading and understanding other people involves a lifetime of learning and growing as a person. Being able to trust our gut feelings is not always easy.

Five, networking with professionals like psychologists or lawmakers to deal with this issue and create more awareness. With new technology, people will find newer ways of sharing intimacy, like exchanging videos or pictures of their bodies. In instances, where young people lie about their age, even sharing images or videos can put adults at legal risk. If a person sends an explicit picture of themselves to a non-adult who lied about their age (to have access to an online space or an app), who is going to be culpable? Is it the person who sent the picture, or the non-adult who shared incorrect details about their age, or the people who manage the online space or own the app? These issues are worth considering in order to understand different perspectives.

Our sexual forays can be moments of care, grace and growth in the right circumstances or can spiral into unsafe, potentially harmful interactions. So, while looking for that date, whether it’s your first or umpteenth, make sure you ensure your own and your date’s emotional, physical and legal safety while you seek orgasmic delight!