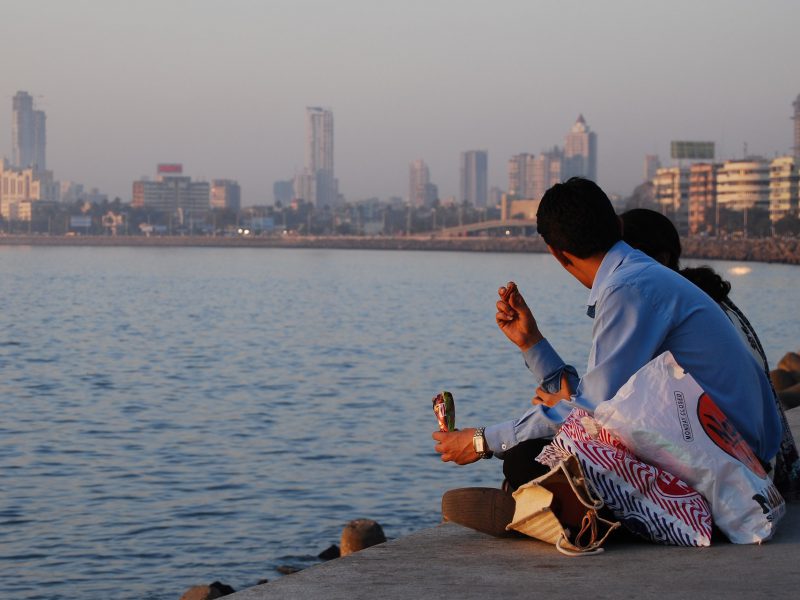 Intimidation, threats, extortion, and violence are often used by the police in public spaces to control many activities, economic and non-economic. This article presents some anecdotes on police harassment. For city spaces to be reclaimed, I believe it is important to visibilise the multiple facets of the policing of sex, work, love, and romance in public spaces. The growing body of research (Shah, 2014; Puri, 2013) in the last decade has shown violence faced in the hands of the police by people selling sex. These include female sex workers and transgender women. In an interview with Rashi who is 24-year-old transwoman living in Delhi, she narrated, “A lot of times when transwomen are out with men on the streets, police will come to harass them and extort money. They will say, give us our share. It’s irrespective of if the person you are with is your partner or a client. They think that hijras have made their money by selling sex to this guy. When hijras say that we haven’t got any money, the police will retaliate and say, ‘Just shut up, do not lie, you must have taken the money. You have earned the money; we also want our share’. Then it’s just that people get scared, the police will say both of you come to the police station, we’ll put a case of 377 against you. The guy who is with you, gets scared. One will have to go to the police station for this thing. So, then the police will say, let’s just get done with this matter here only.” [1]

While sex workers face repeated harassment by the police, many young couples face threats in a one-off incident if the police finds them with their partner/lover. They may face police surveillance of expressions of intimacy and affection in public. We have often heard stories of young couples being harassed by right-wing Hindu groups in parks on Valentine’s Day, and otherwise as well. Recently, cases of young inter-religious couples being harassed and subjected to moral policing have increased in the name of ‘Love Jihad’. There are deep-rooted factors of maintaining caste and religious purity of the so-called higher caste rank Hindus that we witness even today in such incidents. In all these incidents what remains common is the fact that sex or physical intimacy is not imagined to be a public affair, rather a sacrosanct affair only meant for heterosexual married couples of the same caste and religion within private spaces. But intimacy, sex or sex work in public spaces is the only available option for those who do not have the privilege of access to closed-door sex. Queer persons and young persons living with their natal family or in restrictive rented housing set-ups, especially do not have the privilege of private, independent space. Rubina, a 26-year-old bisexual woman narrated that she was harassed by cops when she and her then-boyfriend were kissing in the car park. The cops extorted money – 500 rupees from her and 500 rupees from her boyfriend. She was given a moralistic lecture about how these things “do not suit girls from good families”. A similar experience was narrated by Teena who is 24-year-old lesbian living in Bombay. “This happened in Bombay. I was out with my partner at night. We were sitting around Bandstand. We were holding hands and making out. We were suddenly confronted by two cops. Imagine, two women caught making out by them. They literally could have asked for any amount because we had no negotiation power. We gave them some 2500 rupees to get rid of them. I really wished that day that I could afford good housing in Bombay without any restrictions.”

Feminism has challenged the idea that sex and sexuality is a ‘private matter’ and has argued that it is rather a political matter (Menon, 2004; Kapur, 2005). This would mean even if the act of sex happens within closed-doors, it is still very much connected to patriarchy and politics. As one would recall, Gayle Rubin in her essay Thinking Sex, first published in 1984, used the Charmed Circle model to demonstrate how modern Western societies have a history of vilifying public sex, homosexual sex, sex work etc. In this model, marital, reproductive sex for procreation, conducted at home, is the only “good and desirable sex”. The Thinking Sex essay is contextualised in 18th and 19th century England and the US when sexuality was more sharply contested and more overtly politicised in powerful social movements which focused on ‘vices’ and encouraged chastity, to eliminate prostitution, and to discourage masturbation, especially among the young. During this period, sexual offences laws were drafted in England which included criminalisation of “sodomy” and “buggery” which were then imposed in the Indian Penal Code, 1860. This legacy of Victorian morality continues in the postcolonial countries. In Gayle Rubin’s words, Victorian morality left an imprint on social, medical, and legal enforcement, on attitudes about sex, medical practice, child-rearing, parental anxieties, police conduct, and sex law.

The policing of sex in public spaces reflects reinstating a sentiment to domesticate sexuality and the police personnel’s own biases towards protecting the dominant section of society. Therefore, in a postcolonial context, celebratory spaces would require us to decolonise not just laws such as Section 377, but also other institutions, like the police that attempt to regulate sexuality by punishing public sex, threatening to extort money etc.

Early reports on LGBT human rights (Voices Against 377, 2004) in India highlighted the police violence faced by queer persons. Much of this research was conducted with the objective of fighting the legal battle against Section 377 in the Court. The judgement of the Supreme Court in September 2018 was welcomed and celebrated for decriminalising queer sex, but we still have a long way to go for making public spaces safer for queer persons, as well as for bringing a cultural and attitudinal change, especially attitudinal change of people in power towards queer sex, and more so towards public sex and sex work.

The anecdotes I collected of a few women (including transgender women and unmarried cis-gendered lesbian, bisexual and heterosexual women) were to learn more about their experiences of public (intimate) sex and/or sex work. I wanted to look closely into the institution of the police itself. In today’s time, the policing of streets seems to have become an essential part of urban city life. The institution of the police emerged in the late eighteenth and nineteenth century in England with the evolution from feudal society to industrialisation (Arnold, 1976). With growing industrialisation, urban centres and the working-class proletariat emerged. In the changing nature of society from rural to urban, the role of the police was mainly to discourage working-class political activity and to control day-to-day urban crime, for which the military was too expensive an investment. David Arnold in his essay gives a historical account of the colonial power’s rationale for deploying police forces in India. In pre-colonial India, a village watchmen system was prevalent. The British deployed the Irish Police model in India that had a semi-military character and reported to the Central government. It was a crucial institution and had an important role to play in surveillance of city life, characterised differently from the pre-colonial village watchmen and the military soldiers.

As the anti-colonial sentiment and movement got stronger, the Police Commissions of 1860 and 1902 were introduced. The police system in India has continued to follow the colonial legacy in the interests of its own political ascendency. It is to be remembered that even if we want to sensitise the police to become more sensitive to women’s or to LGBT issues, it is intrinsically a racist institution. It works for the protection of a certain class, caste, religion, sexuality and gender. While we are at a point in India when the 19th century colonial law, Section 377, has been revoked, much like many other postcolonial countries, I think we still have a long way to go to decolonise institutions, such as the institution of the police itself.

[1] Anecdotes collected for my M.A. research titled, Spaces and Sexuality (unpublished) in 2016. The research was approved by the Ethics Committee, University of Sussex. All ethical guidelines were followed and written consent was sought from the participants in conducting the study.

Shruti Arora is a queer feminist activist. She works as a trainer and researcher. She has been part of various campaigns to advocate for legal reforms on sexual violence and voice on issues like moral policing, street sexual harassment and control over women and trans people’s mobility. Shruti enjoys cooking, reading and making to-do lists with friends.