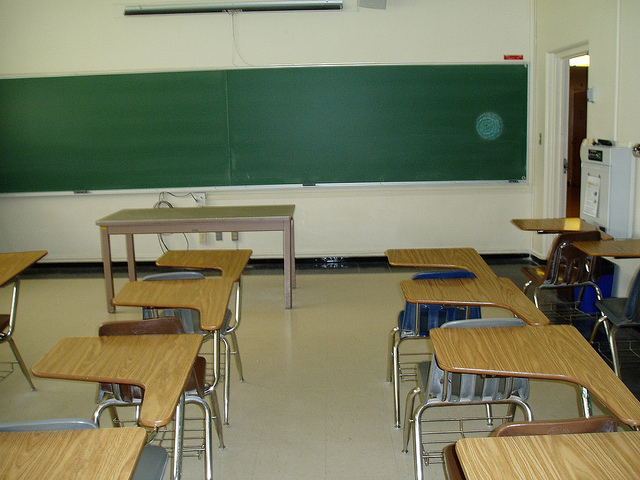 What exactly does being ‘comfortable with your sexuality’ mean? From a young age, all children, especially girls, are taught about specific ‘values’, and how we all need to behave in a certain manner or else we’re being ‘inappropriate’. However, I think the term ‘inappropriate’ simply means, “You should be ashamed of your body and should only think about concealing yourself”. And then our teachers and elders and others around us expect us to be automatically comfortable with our sexuality and with how we look, all the while trying to control us and impose their ideas on us.

Everyone is entitled to their opinions, but they are not entitled to impose their opinions on others. In the school that I attend, for example, the teachers are always imposing their views on us, the students. Whenever a teacher sees a girl and a boy holding hands or standing ‘too close’ to each other, she or he automatically feels the need to threaten the students, telling them that they will call up their parents and send them to the Principal’s office. But what’s wrong with two people showing some PDA (Public Display of Affection)? Teachers feel that dating is ‘indecent’, and that it will always lead to trouble. But the real reason teachers oppose dating so much is because they don’t want to be in an uncomfortable situation: they don’t want to be burdened with parents calling them, arguing that their child’s dating is unacceptable, and it should never have happened. Due to this, teachers get scared that the parents will pull their kids out of the school, and that it will start a controversy and put the school in a bad position. Because of dating, teachers also control their class by making students fear and/or ‘respect’ them. This means that we can never ask any questions, especially questions about topics like sexuality, our development, and relationships, because this will lead to a bunch of students giggling and calling out names, embarrassing the teacher in front of the class, and making students lose ‘respect’ for the teacher. Maybe our teachers themselves aren’t educated enough either about these topics, and are embarrassed about these issues in their own life, so the idea of addressing them with students is unfathomable to them. But that is not all.

Teachers also shame students for what the students wear. Teachers are often looking to criticise the students for problems with their uniforms, like a missing belt, or maybe the wrong shoes. I have noticed that when a girl’s skirt is too short, teachers have no problem pointing it out and scolding us for it, but when a boy’s pants are too low, revealing their underwear, teachers simply roll up their eyes and ignore it. It may just be my imagination, and maybe the senior teachers and administrators do point this out to male students, but I feel that teachers blatantly show biased treatment in how they check uniforms, further reinforcing sexism.

Schools in the U.S. aren’t really that different either. People there may simply not be as open as us when it comes to criticising women or homosexuality, although discrimination still exists. A friend of mine back there recently informed me of an event that took place in my old school. It was quite grotesque, but it opened many eyes to issues that still exist in society. Apparently, during break, when everyone was seated in the cafeteria, one of the new staff members made all the boys leave early in order to give the girls a speech. I don’t know why or how this particular piece of ‘advice’ was supposed to help them, but he told all the girls that even though it was very hot, they still shouldn’t wear clothes that are very short (my old school didn’t have uniforms) as it makes the teachers very uncomfortable, while also distracting the boys from their studies. But why should it distract anyone? I mean, was it the girls’ fault that it was 90° Fahrenheit outside?

Shaming people for what they wear is not restricted to school and to teachers. It also takes place outside of it. When I was in the U.S., I regularly wore shorts and sleeveless articles of clothing. However, when I was about to come back to India, my mom and I had an argument over what was acceptable and unacceptable to wear here. My mom kept insisting that I should wear shirts and jeans whenever I go out, and that anything else would be frowned upon. After I arrived here, I found this to be somewhat false, but not totally untrue. Once, I wore a maroon, spaghetti-strapped dress to a party an old friend of mine invited me to. When I got there, everyone started staring at me as if I’d grown two heads or something. I asked my friend whether I had something on my face or between my teeth and she said that I was just being paranoid, and that nobody was staring at me. Later on, however, a few girls came up to me and started making some small talk. Then they asked me how I was comfortable wearing such a thing, and that these clothes are “looked down on” in India. I told them that I didn’t really care about the societal standards everyone is expected to live up to, but what they said really did shake me, because they basically implied that I could get harassed.

Going beyond clothes, people also have funny ideas about what women ‘should’ be doing. There are quite a few people in my life who simply cannot let a girl relax and enjoy herself; they just have to tell her to go off and work. On many occasions, when I am just sitting on the couch, minding my own business, suddenly a friend of my father who has come over will say that the “womenfolk” should go to the kitchen and prepare some snacks while the men engage themselves in some chitchat. I say, who do they think they are? This is a (moderately) free country, I have my rights! And it is my right to sit wherever I want, and not be told off by some man who couldn’t be bothered enough to walk a few feet and get himself a snack.

They say that with the 21st century have come changes in how people view men and women. But in my opinion, nothing has really changed; the only difference is that just a few who live among us are now more careful about pointing out how someone should act. Most people seem to assume that since we are kids, we don’t have our own thoughts and opinions when it comes to things like sexism. They feel like we should only concern ourselves with our studies, go off to college, and live lives oblivious to all the injustices taking place. However, I think that they should know that we, youngsters, can see when something is hypocritical, biased, unjust and simply wrong. And we have the right to call people out on it.

And it is not just ‘older people’ who we need to call out on injustice. Many times, people my age also partake in it. For example, many students in my school tend to use words like gay, lesbian, etc. as insults. They think it’s ‘funny’ to make fun of sexual orientations, and that these words should be used to embarrass and insult people. I think it’s cruel of them to simply throw these words around whenever they want to. Who knows, maybe some of the people they say these things to or in front of are indeed homosexual? Then the students are not only insulting homosexual people’s identities to make everyone else laugh, they are also quite probably pushing them towards a life of fear and shame. Even if the person being subjected to these insults is not homosexual, these words and phrases teach the general public that being gay is bad, and that gay people should be alienated and bullied. This just shows that today’s teenagers might be a new generation, but we can be as discriminatory and sexist as these teachers and adults! So we need to be more aware of our own actions and words.

Gayatri Mohan is 13 years old and lives in New Delhi. She attends DPS RK Puram and loves writing. She is a feminist.