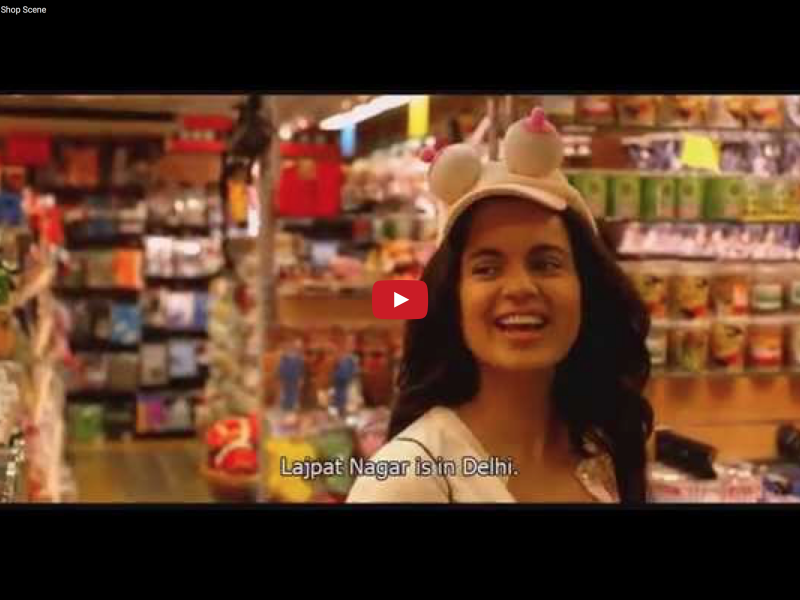 I don’t know if any of you had noticed the recent article[i] in the newspapers about the new sex doll built using artificial intelligence and robotics. For those wondering what is so special about it, this doll aims to engage with its user at not only the physical level but also at an intellectual and emotional level. That is, it can talk and think too. The article also carried a picture of a female sex doll; there is no mention of dolls of any other gender. Initially I wondered if they have similarly advanced male dolls too, and then, if they made male dolls at all. (I also wondered if we have had enough of mansplaining and if it might be more pleasurable to fuck a silent dildo.) Out of curiosity I ended up asking Google for more gyan on this topic and was told that there are male sex dolls available in the market. Who knew! Not the ladies in India I assume, for as far as my research goes they are not easily available in the Indian market.. One can argue that they are unavailable because they are illegal in India, but then so are certain kinds of love and sexual behaviour, and so the illegality shouldn’t stop us at all.

Anyway, this got me thinking about sex toys and what it means to our sense of self and sexuality. Our on-screen heroines have barely started on the journey of becoming liberated. (You might want to refresh your memory by watching this scene from the Queen). Maybe our Ranis really have a long way to go before they lose their sexual naivety and learn a thing or two about their own bodies and maybe sex toys too.

As for sex toys, they are not easily available in India unless one buys them online. Researching online about sex toys worldwide opened up a whole new world for me. Did you know that there are ‘feminist’ sex toys too? The ones that are not penis-shaped and not meant for penetration (alone) end up earning the ‘feminist’ tag, more so when they are made not only for women but also by women. There are feminist brownie points if the toy aims to ‘empower’ women and their sexual experiences. Since I came across no product that was marketed as ‘feminist’ in the Indian sex toy market online, perhaps we can assume that feminism is yet to become the handmaiden of capitalism here, at least when it comes to selling sex toys. I am not sure whether I really ought to feel relieved that feminism and capitalism aren’t bedfellows in India. It can be a little disturbing that human feelings –both affect and bodily sensations –have been commodified, leaving pretty much nothing untouched by capitalist impulses. But, how else do we buy sex toys that are feminist? Also, are we to give up on the politics of pleasure because it has become blatantly commodified and commercialised? Is commodification of pleasure and its subsequent commercialisation (in loose terms) peculiar to modern times? Can we certainly call it a mark of the liberal market economy, when we know that prostitution is the oldest known profession? What is important, I think, is to ask what commercialisation of pleasure in modern times means for its consumers. What does it mean to be able to buy a product that can give you as many orgasms as you wish to have? Because in that case, can we hope that commercialisation will bring us sex toys and maybe some feminism? Rebeccah Walker[ii] had said two decades ago, “Feminism is just a tool that all women should have in their tool boxes next to their dildo”, but of course she spoke for the North American women. I want to paraphrase this for India, and say “The dildo is a tool that women can have in their tool boxes next to their feminism”, maybe, say, by 2040?

Sex and sexuality, especially when it comes to the ‘fairer sex’ is fraught with many tensions. Gayle Rubin in her essay, ‘Thinking Sex’ explores these tensions and talks about the sexual value system that classifies some behaviours as good/natural and others as bad/unnatural. Through her idea of the ‘Charmed Circle’ of sexuality and its accompanying binaries such as married/unmarried, heterosexual/homosexual, procreative/non-procreative, couple/alone or in groups, bodies only/with manufactured objects, monogamous/promiscuous, etc, she draws our attention to the hierarchical valuation of sexual acts and behaviour . While being heterosexual, married, monogamous, procreative places you in the inner ‘good/normal/natural/blessed’ sexuality circle, being homosexual, unmarried, non-procreative or watching pornography puts you in the outer circle of ‘bad/abnormal/unnatural/damned’ sexuality.

I hope proponents of Indian culture will be happy to know that first references to the dildo or artificial penises is often traced back to the Kama Sutra[vii], where Vatsyayana recommends its use in circumstances where the man is unable to satisfy his partner. So much for female sexual pleasure! Although the jury is still out on whether it was indeed the British or our ancestors who first invented sex toys, I refrain from further discussions on the roots of this practice. Mind you! This is inspite of being deeply inspired by the Mr. “Everything-comes-from-India” of  ‘Goodness Gracious Me’[viii] fame and our current political milieu which supports upholding everything ‘Indian’. Alas! We do have better thoughts to think and debate about.

This article is in some sense a continuation of the exploration of thoughts and concerns discussed in Ketaki Chowkani’s piece last month. I am certainly not attempting to answer any of the questions raised by her but adding to the list and pushing the envelope a little further on sexuality, pleasure and the body by way of addressing the practice of being solosexual[ix]. In this context it can mean exploring and enjoying your sexuality on your own, without an ‘other’, without the desire for another. In most cases though, we have a ‘thing’ instead, maybe something from your kitchen or sometimes things that technology churns out in the form of toys and dolls. Can we see it as part of self-care? Self-love? Are we meeting some of our physical needs without comprising on our emotional needs? What is the nature of self here? Are we really such neat Cartesian subjects[x] capable of separating the emotions from the cares of the flesh? What are the emotions involved when you are using such a toy?

McWhorter[xi] wrote that sexual subjectivity is the child of the subject of desire. What do we really desire when we desire pleasure using a sex toy? Not everybody who uses a toy or masturbates fantasises about having sex with any ‘body’, the same way that not everybody who has sex with some‘body’ fantasises about someone else. A sex toy could be the materialisation of one’s desire to pleasure oneself, an extension of one’s body perhaps or the phallic symbol that a woman ought to desire and that women do desire. Nevertheless, the experience of receiving pleasure is healing, empowering and life-affirming. We need to remember Foucault’s argument that “the rallying point for the counterattack against the deployment of sexuality ought not to be sex-desire, but bodies and pleasures”[xii].

Who knows, maybe the diagnosis of hysteria will come back into fashion and all angry feminists, rebellious college-girls, nagging housewives and bossy female employees will be prescribed three orgasms a day to become the meek Indian nari. Then maybe sex toys will be in the market to give tired doctors a break. Indeed, hope is all we have!

[i] Click here and here for online versions of the article

[iii] Please do note that the scientist in question makes this comment in the context of discussing the ethics of paternal age. Refer for further details – http://www.bioedge.org/bioethics/what-the-world-needs-is-young-dads/11467

[v] Initially the treatment for hysteria was manual stimulation or massage of the genitals, both clitoris and vagina.

[vi] Rachel Maine’s book ‘Technology of Orgasm’ gives an interesting account of the history of hysteria and its treatment in the west.

[viii] This is a sketch show aired by the BBC in the late 1990’s. Click here to watch parts of the episode which ‘inspired’ me.

[ix] Solosexual is a fairly recent term. Although it is mostly defined in terms of an identity like being homosexual or heterosexual, keeping in mind the Foucauldian idea of thinking in terms of pleasure and transformation of the self as opposed to identity and desire, I have used it here to denote the practice of exploring one’s sexuality and pleasure, without the presence of an ‘other’ both physically and psychically. In this sense, anybody can be engaged in the act of being a solosexual – partnered or single and irrespective of sexual orientations.

[x] The concept of the ‘Cartesian subject’ rests on the idea that there is an ontological distinction between the mind and the body that privileges the mind over matter. The ideal Cartesian subject would typically identify with his mind and get his sense of self from his own thoughts and ability to control his body and isolate himself from its desires and experiences.

Unnimaya is a Phd Candidate in sociology at IIT Madras. She will be at the University of Texas, Austin for the year 2017-18 as a Fulbright Nehru Doctoral Scholar. Her areas of research interest include sociology/anthropology of medicine, health and gender and sexuality. Amongst other things she enjoys wandering around on her own, getting lost and sharing long meaningful conversations with friends and strangers.