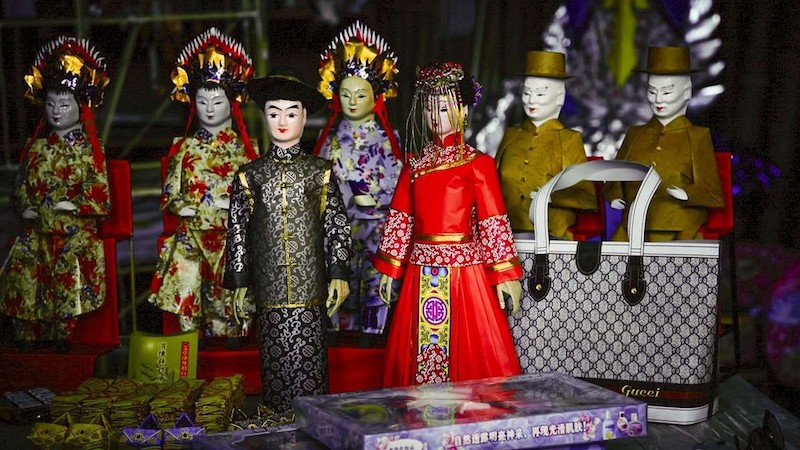 Shree and Sanjay got married in Kolkata, India, this February, and created history. Shree is a transwoman who underwent sex reassignment surgery in 2015 and has married her childhood friend, Sanjay. 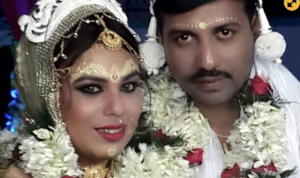 Image taken from the blogsite of Shree Ghatak Muhuri

This is, reportedly, the first legal wedding of a transwoman in India. Shree says, “I was in class VIII when I began getting attracted to Sanjay. It was just like any woman gets attracted towards a man. But it was so confusing for me. Being a woman trapped in a man’s body made (me) feel lonely, strange, and bad at times. Making things worse was the fact that there was no one in my family to understand my feelings.” She also says, “I was often beaten or abused for being what I am. It was really difficult for me. But thankfully, my mother understood my trauma and pain and chose to stand by me even when I chose to go for sex reassignment surgery (SRS) in 2015”. (Shree blogs here, for those who read Bengali and would like to read her original writing.)

There are many people who operate from extreme attitudes that cling to discriminatory and unjust value systems and ways of being, rejecting everything that does not fall within the rigid confines they feel comfortable with. Let me bring to your attention, in another part of the world, Juli Slattery, the writer of the article Your Husband’s Sex Drive is God’s Gift to You. In speaking of disagreements with her husband, Juli says, “He retreats to his corner, and I retreat to mine. Each wonders when the other will extend the olive branch with a hug, an apology, or a kind word. During these tense times in our marriage, I pay more attention than ever to how I look. I’m conscious to put on makeup and wear something relatively attractive. Why? Because I desperately need my husband’s attention. I want him to desire emotional and physical connection with me. It’s a potent force for encouraging reconciliation.” Elsewhere in the same piece, she also says, “Fulfilling your husband sexually encompasses so much more than the physical act. It means inviting his sexuality into your marriage, embracing all that he is, hopes, and desires. It includes wanting to fully understand him and welcoming the sexual appetite that expresses his masculinity. It involves striving with him through weakness and temptation and covering his fears and failures.”

There are many things to think about in these statements. There are many people, in India and across countries, who may understand and identify with what is said and offered here as advice by Juli. There are others who may take it apart on these counts – desperately needing husband’s attention, “welcoming the sexual appetite that expresses his masculinity”, the strong religion-based messaging framework for discussing marriage and sexuality, the heterosexual, straight and narrow. Juli even says, “Just as twisted women are able to pull men into sin, virtuous women can use the influence of sex to call men to morality, love, and godliness”. This position would find the story of Shree challenging on multiple counts, beginning right from how Shree self-identifies.

Tolerance and space for another who is not like oneself is important. Without such tolerance and space we risk becoming perpetrators of injustice, forcing everybody into a mold that is not their shape. If this happens as part of a marriage, then perhaps the people in that marriage should not be in it. There is a group of asexual persons and their friends and allies in India called Indian Aces. Being asexual is also an expression of sexuality, where a person who identifies as asexual may be comfortable in a romantic relationship but could be completely uninterested in sex. In a report of a recent meeting of Indian Aces, one of the participants is reported as speaking about how he “confuses people and even potential female suitors all the time by way of being a cross-dresser and yet completely hetero in his orientation”. An understanding of the right to be oneself, to be different, to explore options, is at the core of acceptance or rejection of both self and others. Is it possible for a marriage to have space in it for heterosexual cross-dressing? Perhaps yes, if that marriage is between two people who are happy to each be who they are and to have each other be who they are. We have little knowledge of the diversity of human experiences and expressions of belief and being, and when we do, we tend to reject such diversity. Such an approach permeates through human life and society, extending into all aspects of life, not just marriage and sexuality.

So, what is marriage?

Common words and concepts associated with marriage are “ritual”, “contract”, “commitment”, “family”, “responsibility”, “children”, and “monogamy”. By implication, a person not in a marriage is often perceived as being in a state that does not evoke those words and concepts. This perception is debated and questioned just as marriage is debated and questioned, or fought for as a right by those to whom the right to marriage is denied. The right is denied for many reasons including family, social, caste and community pressures, heteronormative customs and laws, or ableist mindsets that confer privileges on those who fit the able and capacity labels, and deny rights to those who don’t appear to fit those labels.

Until we accept that there is a vast variety of human experiences of marriage and sexuality, we risk making ourselves vulnerable, just as much as we risk invisible crimes and injustice slipping past us unchecked. For example, in a culture that places a high premium on traditional masculinity where women and wives play subservient roles, domestic violence and abuse have been perpetuated for generations behind closed doors, the subject matter of the ‘personal’ as opposed to social, developmental or legal. Until concepts of masculinity and subservient roles were identified, until it was accepted that these concepts existed, they were not debated, and the right or the wrong never received attention.

A third illustration from an entirely different context is not only toe-curling in its strangeness but also has eerie parallels to human trafficking. In some countries and cultures, the tradition of ghost marriages has been an accepted part of the marriage experience (until very recently, when it is now and then frowned upon). There are many variations of a ghost marriage that include the marriage of a living person to a dead person’s spirit, or the marriage of the spirits of two dead people. In China, this custom led some enterprising but criminal-minded people to grave robbing, murder and the trafficking of human corpses.

On another note, in Grave Vows: a Cross-Cultural Examination of the Varying Forms of Ghost Marriage Among Five Societies, researcher Lucas Schwartze has included the Japanese practice of marriage between the ghost of a deceased person and a doll. In his conclusion he says, “…the study of ghost marriage would benefit greatly from a feminist perspective. The women are treated rather passively in the descriptions of cases in which a living woman was married to a male ghost”. Here, the researcher clearly establishes a connection between a particular tradition of marriage and gender and sexuality, but not quite in the way one generally may think of these things as being connected.

The common understanding, the commonly accepted and the commonly rejected, tells people what is okay and what is not. In large parts of the world, this has meant that patriarchal, heterosexual and monogamous is okay. Any other experience, no matter how intrinsic to the person(s) at the centre of the experience, faces the challenge of being not okay. Yet, in restricting the understanding and the experience, human beings have caused great grief and trauma, injustice and indignity.

Ira Trivedi, author of the book India in Love: Marriage and Sexuality in the 21st Century believes, “Most notions related to love and marriage that were pertinent to our parents and their ancestors are changing. Arranged marriages are shattering, divorce rates soaring, and new paradigms of sex and relationships – queer, open and live-in – are being tested and explored. New values are feverishly in the making, and we live in a state of molten confusion.”

The point is, until we step beyond the typical responses of acceptance and rejection to widen our understanding of the human experience, both marriage and sexuality are just boring, dried-flower representations of a bio-diversity we have little conception of, and where everything is dramatically interconnected.