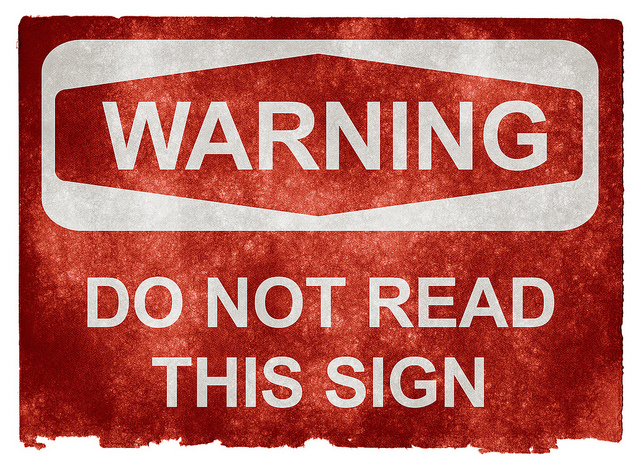 I have been giving some thought to trigger warnings lately. It has become quite an important thing whether in academic settings or in the context of professional trainings. Film certification boards in different countries also sometimes seek to warn audiences about the content; this is often done through classification systems where the audience is generally made aware of what they may encounter in the film. It is often considered important when considering content which is sexual, or violent, or both.

The idea of trigger warnings works on the assumption that the content might ‘trigger’ certain ideas and feelings that may unsettle or disturb a person receiving the content. This may have specific ramifications for people who have faced or are facing violence and abuse, irrespective of whether or not they have received therapeutic support. It may lead to memory flashes and can possibly be counter-productive in their healing process.

It is useful to analyse trigger warnings in the context of power within an already hierarchical relationship of a trainer-trainee or teacher-student. When providing information as a trainer or a teacher, one is in possession of information that may create different affects in people receiving the content. Giving a trigger warning helps to somewhat flatten that hierarchy by making sure the audience is okay with the content. It can also shift power to the audience who may now decide what they would like to do with that information – to stay put and listen, or to walk out. Even if they have the power to walk out, it is probably not easy, as it then subjects them to the gaze of their peers and fellow participants. While these fellow participants may not know the exact connections of the warning to the experiences of the people who walk out, they will now know that there likely is some connection, and they may become curious to find out (or hopefully not).

In thinking about teaching or training exchanges and trigger warnings, I’d like to share and discuss two examples. In the first, several years ago when I was doing my studies in social work, a lot of the information was new for me. It was the very first time I felt free to question everything. I was also reading and learning a lot about gender-based violence and the content triggered a lot of emotions within me. Back then, trigger warnings were not commonplace in social work classes in India. The content triggered a variety of thoughts and emotions. It helped me process and question a lot of what I had already accepted as routine and taken for granted, and therefore start looking at everything anew. It did trigger a few difficult emotions as well, but isn’t that part of the purpose of liberal arts and social sciences education?

If the content that we are studying does not stir us as learners, is it challenging enough? As someone who now works on the other side of the classroom while teaching gender studies courses, I wonder if it is possible to provide trigger warnings for all content. What might we cover, what will get left out? Does it assume a lack of agency on the part of the students or participants? Do systems assume a certain fragility in younger people, as students or as recipients of such information?

The content that I studied in my social work education helped me process my own emotions, and my mentor encouraged me to share the personal that was also political. And so I went about, with a lot of anxiety, sharing my experience for the very first time in the classroom. It was cathartic for me. My classmates were good about it. However, we pretended through the rest of the course that none of this actually happened, which I guess was just as well for me.

A year or so later, my mentor and I talked about it very briefly. Brief is all I could and can muster, even now. She shared that although we were grappling with my struggle then, we had probably not accounted for my classmates being subjected to difficult content through my process of sharing. Did they want to listen? Would they have liked to be told what to expect? What about the subversive potential of uncomfortable conversations? Is the act of protecting ourselves and others through this process alienating us from the very important and radical conversations we could be having? So much of my knowledge about sexual rights has been through chance, and through being open to conversations and receptive to ideas and interpretations. Would I not have been too wary to learn things that went against the grain for me had I been warned all the time about ‘uncomfortable’ content?

This brings me to the second experience I want to share. This was as at a training in a Southeast Asian country where I was one of the primary trainers working with a group of participants who worked on disability rights. The focus of the training was on sexuality and rights, specially focused on people with disabilities. During this multi-day event we facilitated a bunch of exercises and screened a few films. We received overall good feedback for the training except for one participant who felt they should have received a warning for the content of one of the films. This film, made by a person with disability, drew on her own life experiences, and contained a few explicit sexual scenes and some violent content. Admittedly, I felt bad about not anticipating this and being better prepared. On further discussion we came to know that it was not so much the violence that had caused discomfort. Instead, one of the participants shared that in her opinion the content was from a Western perspective, and was alien to the socio-cultural context of Asia. Another person also shared that they were uncomfortable with the depiction of bodies which were disabled, they described these bodies as ‘ugly’. Although there was nudity in the film (which I could have prepared them for), the participant was distressed by the nudity of the disabled bodies in the film, and not the non-disabled ones. To me, the film and the protagonist depicted pride in their bodies, both disabled and non-disabled. The film did not depict these bodies as shameful, as was interpreted by at least one of the participants.

This raised a few other questions for me. Even if I had warned them enough about the content, could I have responded to their anxiety? My reading, along with many others’, saw the bodies depicted as beautiful, unashamed and agentic, seeking the pleasures they desired. Then, how does one prepare participants for such content, of different readings and interpretations of materials that may be unfamiliar in their worldview? Obviously, I don’t have the answers to these questions, but am looking for a way to trigger more conversations and more questions here.

A feminist scholar-activist, she is pursuing her PhD in gender studies at the University of Sydney. Her doctoral research focuses on intersex people in India. Her academic interests include gender, sexuality, intersexuality, disability and biopolitics. She has worked in South and Southeast Asia on gender-based violence and sexuality rights. She holds a Masters in Social Work from India and a Masters in Women’s & Gender Studies from Europe.