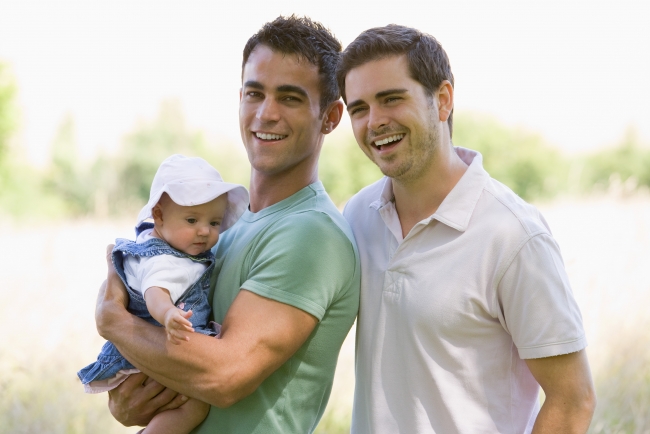 The Nepal Earthquake and its devastating impact on the citizens of the country was also felt amongst a small group of pregnant Indian women waiting to be rescued and taken home. Shocking news of the Israeli state’s reported ‘apathy’ in rescuing these women along with several Israeli couples and newborns was relayed across news media. The connection between pregnant Indian women and the Israeli state was not immediately clear, until it was reported that the women were surrogates to gay Israeli couples who had commissioned surrogacy arrangements in India and were waiting for the birth of their children in the Nepali capital when the earthquake struck.

Transnational commercial gestational surrogacy arrangement (TCGSA) has been a much-maligned practice ever since it caught the attention of the Indian and international media. Over reports of the exploitation of poor Indian women by wealthy overseas client-couples, unscrupulous IVF clinics and agents, and an indifferent state – gestational surrogacy has been critiqued as a practice that preys on the reproductive capacity of some women by turning them into objects of consumption. The child born of the arrangement too has been placed within the negative rhetoric of a ‘commodity’, exchanged for money and engineered through technology and ‘rented wombs’. Within such a discourse is the burgeoning transnational surrogacy ‘market’ worth millions of dollars and spurring the reproductive tourism industry in India.

The other aspect of the transnational commercial surrogacy arrangement that has garnered much attention has been the influx and (now prohibition) of gay couples to India to have children. Due to a recent Ministry of Home Affairs, Government of India memo that expressly allows only ‘heterosexual, married for two years couples from foreign countries’ to access surrogacy in India via a medical visa – homosexual couples and single men and women are restricted from having children through surrogacy. ‘The diktat [of the Union Home Ministry] indicates that gay couples and single foreigners will no longer be eligible to have an Indian surrogate bear their child as only a foreign “man and woman” who have been married for two years will be granted visas’ (Rajadhyaksha, 2013 [emphasis Anindita’s]).

This has led to the emergence of a parallel underground industry wherein Indian surrogacy clinics and agents are outsourcing the stay of pregnant surrogates carrying children of gay couples to neighbouring countries. Thus, Nepal has conveniently passed a law that allows surrogacy arrangements wherein the surrogates are foreign. Added to intersecting and conflicting laws is the Israeli narrative in which surrogacy is allowed and state-funded only for heterosexual couples, meaning that gay couples have to look elsewhere for surrogacy services (Rosenblum, 2015).

This makes for a very complicated narrative, and one in which the state acts in accordance with dominant ideas of family, marriage and biology which have a unitary, international acceptance. After recent incidents of some children born of transnational commercial surrogacy getting stranded in India due to their stateless status in India – with neither India, nor their parents’ countries accepting them [i] – the Indian state had to step in in its ambiguous role of identifier and granter of legitimacy.

A heteronormative ideal remains at the root of the ‘diktat’ against gay couples and single individuals coming from other countries to access commercial surrogacy in India. Not to mention the resurrection of the archaic Indian Penal Code 377 by the Supreme Court re-criminalizing homosexuality – homosexual couples across the world and in India are grappling with non-mainstream, non-‘normal’ ideas of intimate yet familial relations. Interestingly, global activism in favour of gay marriages is also linked to the debate on access to transnational surrogacy in India. Is transnational surrogacy linked to the emergence of ‘alternative’, ‘illegitimate’, ‘subversive’ family forms? Does the transnational commercial gestational surrogacy arrangement have revolutionary potential in unseating the heteronormative family? Finally, do state and society fear the emerging vocal, visible gay family?

Official statistics on the number of people coming to India to have children through TCGSA is unavailable, and at best informal (generated by individual clinics). The nature of the industry and the ambiguity of purpose (neither strictly medical, nor tourist or business visa qualified some time back) have led to a lack of statistics, especially of the gay couples coming to India to have babies. [ii] Yet, the visibility of gay parents as opposed to heterosexual couples having babies seems to suggest a healthy number of couples coming into the country. Mass media in the form of electronic and print media regularly profile gay couples with newborns and their IVF doctors in different cities of India. This visibility has been channelized by many of the couples in their favour – and is also a result of the lack of stigma attached to their seeking children through ARTs and surrogacy, which is very much a part of the heterosexual couples’ infertility narrative.

The gay family and its ‘visible-ness’ has been channelised in many countries including Australia, the US and the UK to fight for marriage equality. It’s interesting to see how mass media narratives position the gay family: in long-term relationships with one partner, and with children through ARTs and not from adoption – giving it the biological tinge. The children are linked to one or both fathers genetically and the mother is either a close friend or an anonymous donor. The mother is also invariably more than one, at least in the case of commercial surrogacy in India – the surrogate and the egg donor.

Mass media representations of commercial surrogacy in India also portray the gay couple in the frames of: the happy couple solemnizing their long-time relationship [iii]; the consumer of the reproductive tourism industry in India; and the hapless victim of nations unable to understand the growing reach of assisted reproductive technologies. Stories of gay single fathers and gay couples stuck in ‘no-man’s land’ with their newborns suggest that their nations – mostly European countries where surrogacy is not legal—are not very welcoming of the idea of gay parents.

Several nations are also witnessing a moral churning of sorts as far as the gestation of their future generations is concerned. Germany, Norway, Spain, Japan, France, Hungary and Saudi Arabia either do not recognize surrogacy or are not amenable to the idea of gay couples raising babies.

Yet, the media attention on the ‘particularities’ that highlight the ability of gay men to parent (‘like the rest of us’) attempts to point towards their ‘strangeness’. The costs of visibility, openness and the ability to exercise choice are often positioned in a discourse that is surprised to see gay couples as parents. Thus, a newspaper report reiterated that gay couples, have to undergo ‘nursery training to learn parenting’. The desire to be ‘normal’ and like everyone else as highlighted by the media is not necessarily positive. ‘Juam and Mauro, a gay couple from Spain, are cradling two babies of joy in their arms, holding them close to their chest. They feed the babies every three hours and look every inch the proud parents they are….When Uma [one of the twin girls] started crying he [Mauro] changed her nappy pads….’ (Jha, 2011)

But the ‘traffic’ does not stop. The couples, single parents come to fulfil their dream and ‘surrogacy emerges as a boon’ in the absence of access to adoption. The child looks like the father, ‘carried his genes, but is made in a clinic in Hyderabad’, and cements the relationship that the couple share with each other. This is also seen in discussions of the amount of money that gay couples spend, or are willing to spend in having a child – signalling their growing economic clout. Despite the grey-ness of the position Indian gays occupy within Indian social and political life, the mushrooming of a gay tourism industry in India is part of this paradox of differential access, which is why it took India so long to define its policy towards access to surrogacy for homosexual couples.

This visibility is part of the more aggressive fight for identification, and the family born through transnational commercial surrogacy helps gay couples and singles overcome the stigma of their social status as ‘fringe’. For them this is reclaiming a social public space that was earlier denied to them by the same legitimating state and social practices. Strangely, the stigma attached to the heterosexual couple accessing assisted reproductive technologies and surrogacy however forces them to be invisible, again strangely due to the same legitimating social practices that value sexual reproduction within marriage as a hallowed state – this despite the state’s overt attempts to legitimate the child born to the heterosexual couple through ARTs.

[ii] As the Acting Director of the Australian Citizenship Policy Section of the Government of Australia responded to an email query on the number of gay men and women, and heterosexual couples coming to India to have babies: ‘The Department does not keep collect data on the sexual preferences or maintain statistics on the relationship status of its clients’.

[iii] There is an insistence on the mentioning of the years of relationship, which in many ways panders to stereotypes of the promiscuous gay.

Anindita Majumdar has recently been awarded a doctorate in Sociology from the Department of Humanities and Social Sciences, Indian Institute of Technology, Delhi. Her doctoral thesis was on commercial surrogacy and kinship, parts of which have been published in the Indian Journal of Gender Studies, Gender, Technology and Development, and Economic and Political Weekly.