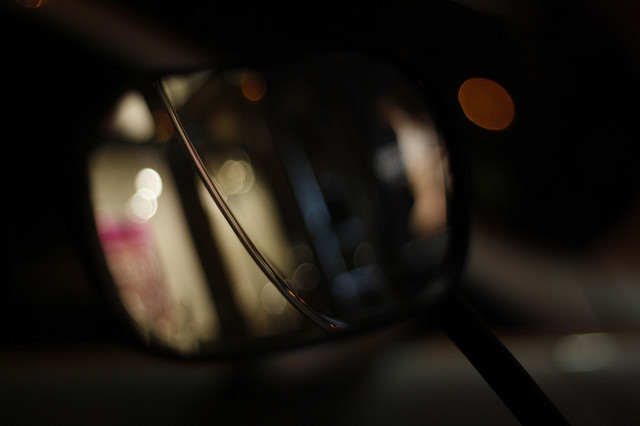 Got up with red eyes again. Praying to God that everything will be alright by tomorrow! But deep down I know that tomorrow will be just like today or any other day.

When there is no one in the house, I take out my mother’s dupatta and tie it around my chest to make it look flat. Of course, this is not as easy as it sounds because then I can barely breathe. I steal my sister’s kohl and make a moustache on my face, and when I had long hair, I would wear a cap to hide my hair. It feels good.

But could I go out like that? Of course not! What would people think? “Who is this freak? Are you a boy or a girl? Have you joined a circus, weirdo?” I was scared to face these questions so I would let my desire to dress up like a boy just lie.

You might be wondering who I am. I am a transman. I was assigned female gender at birth, but I never felt like a woman, ever! I have always felt like a man, and therefore my gender identity is that of a man.

I have what is called gender dysphoria by psychiatrists, though many transpeople are fighting this kind of medical labelling. It’s a state where one cannot connect oneself with the body one is born with. The intensity of the dysphoria is different for different transmen. Some transmen are alright with their bodies, and some want certain modifications to their body. This does not make anyone more or less of a transman.

For transmen like me, the intensity of dysphoria is very high. There is severe distress, and I question my being and my body every day. For me, this is focussed in my chest area, on my skin, the lack of facial hair, and what I have in my pants. I have to fight these intense feelings every day, and it is worsened by the fact that society is unaware about transmen’s issues.

While growing up, I thought the intensity would go down one day; but it never stopped. In fact, it increased day after day. It made me very lonely as a child. I felt as if I was the only one who felt this way in the entire universe. In school, there was no one to talk to about my feelings and struggles. I fought hard with the authorities to wear pants and shirts to school. My teachers were not understanding about it, at all. And I had no friends. I even tried to talk to my family about my gender, but they did not pay any attention.

Having found no one to talk to about my feelings, I thought I might be going through a phase. And so for some time I tried to match my gender identity with my body; i.e. become a girl. I did everything to change my gender expression from masculine to feminine. I started wearing feminine clothes, started growing my hair, and I even had a boyfriend. But the more I pushed myself to be feminine, the more depressed I became. I got so depressed that I stopped going out of my house and meeting people, and I eventually dropped out of college. I lost my self-worth.

However, after a few years I stopped pushing myself to be feminine. I started accepting myself as I was. I stopped wearing feminine clothes, and chopped off my hair. I wanted money for gender reassignment surgery and so I decided to join a corporate office. Some things just don’t change. The bullying continued, the stares continued, and I worked there with the ‘lesbian’ tag.

Transmen face sexual harassment too. Once, when I had gone to Lal Qila in Delhi, the policewoman at the security check inserted her hands into my pants to find out if I was a boy or a girl. I was dumbfounded but I was scared to even talk to anyone about it. Where do I go to report such incidents of violence? Who do I talk to about these issues? And this is just one of several such instances that have occurred with me and other transmen.

There are hardly any transmen communities out there, unlike the many transwomen communities and support groups. It is difficult for a new person to meet other trans people. And when it comes to matters of love, it is difficult for transmen who are attracted to women to find partners. Straight women want cis men (men who identify with the male gender assigned to them at birth), and most lesbian women are attracted to ‘women’. There are of course some transmen who are either attracted to men or other trans people.

Biological transition is another big challenge in a trans person’s life. This is a big part of the transgender individual’s experience. Acquiring money for the transition is a major issue for many of us. There are fears of how one will be accepted by family, friends, colleagues, etc. Will I be able to pass off as a ‘real’ man?

And why am I sharing my experiences here? Because these things deeply impact the mental health of people like me. We go through intense gender dysphoria, and with dysphoria comes stress, anxiety, panic attacks, and other mental health conditions.

Apart from all these mental health issues, in India, doctors still treat gender transgression as a disorder. The Diagnostic and Statistical Manual of Mental Disorders IV (DSM-IV) uses the term Gender Identity Disorder (GID). In DSM-V, it has been reclassified as Gender Dysphoria. According to some transgender persons, GID reinforces the binary model of gender, and pathologises gender. Its being reclassified as Gender Dysphoria might help resolve some of these issues because it refers to discontent experienced by trans people. I am, however, still carrying the Gender Identity Disorder certificate even though I don’t believe transmen have a disorder; it’s just that we are different and transgress gender norms.

How many more lives?

Jamal is a transman who works in a corporate office in Gurugram. He is a member of Nazariya's group called Soch and is passionate about transmen's issues. In his free time, he loves to read spiritual books and watch sci-fi movies. He also loves playing with his and his partner's cats.