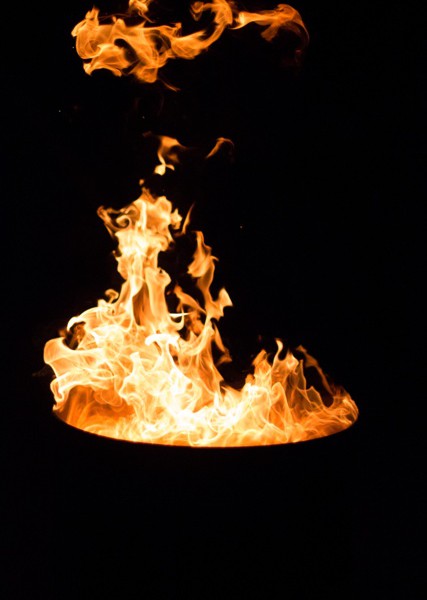 Norman,a professor of philosophy, claimed that the books followed the philosophy of exploration and discovery of one’s true nature. When the books were published in the US they caught the public’s attention; it was almost a revolution.It was a great a phenomenon at one time, as Fifty Shades of Grey seems today. I don’t know which author would be angrier at the comparison.

So, what is this ‘true nature’ that Norman was talking about? Well, according to this amazing and (at one time) inspiring work, it was the ‘natural order’ of things on Counter-Earth where the novels are set:men ‘being men’ and women ‘being women’. It was about men being masters and women being slaves – powerful men taking from women what they wanted. In the Gorean world, there were very few women capable of being free; mostly they were considered ‘frigid’ or outcasts. Reading Chronicles of Gor transported me to Counter-Earth, a place with a sexually uninhibited, sensuous, graceful, simple order of life. A world with inter-planetary racism, misogyny, abuse, non-consensual sexual slavery and everything else that appeared evil to feminists and liberal-minded people.

Of course, the books are science fiction. They are thankfully not a reality. It is not possible to imagine a world in real life, where women are killed and thrown to carnivorous animals only because they tried to eat something, or because they spoke out of turn in the presence of a man. Perplexingly, however, the sexual slavery these books present was simultaneously intimidating and appealing in a very raw way. It was graceful, it was sensual to say the least and liberating in a very different way than I had felt before.

I considered what might have led to the writing of the books in the first place. Perhaps it was the need to fight back against the perceived ‘free speech’ sanctions driven by liberal political correctness. The books may have represented an attempt by the patriarchal school of thought to create a space, a fantasy world in which feminism didn’t exist, equality was not a concept and man was a stronger animal, born to rule over a woman. In other words, perhaps this was the genesis of the Gorean books and their core philosophy – as a reaction to what a chauvinist, patriarchal person would consider a threat.

On one hand, I can argue that such literature should be banned or not published in order to ensure that gender equality, sexual freedom and experimentation are not suppressed. On the other it seems like curbing such literature would be equivalent to suppressing freedom of creativity and imagination and homogenizing discourse on sexuality and gender.

In any case, I had discovered a parallel world and was intent on exploring it. When I first started roleplaying and discussing the philosophy behind the Gor books, I wondered if I had landed in a madhouse where people were trying to escape something. However, as I spent more time in these chatrooms I realized that in the US and (to an extent) in Europe, some men and women actually lived by the tenets of Gor. This was not merely some sexual fantasy; it was almost an online cult being followed by at least a few hundred men and women.

However, to my relief I also found that these people had adjusted the Gorean tenets for practicality. So no, there were no psychopathic murderers, no unprotected sex and no brutal sadism. Not even in the roleplays. The people who played the roles of slaves gave consent to be slaves. Hence, the roleplay was more around the lines of consensual non-consent.[2] So, I stayed. And believe it or not, what I unravelled within myself was overwhelming. I could have never imagined myself writing something like this:

Eventually, I started to wonder if this was some sort of sexual perversion coming out from within me. I questioned myself. Why did I need roleplay and more importantly, why did I need to play a role that was described only in a set of 20+ fiction books? Agreed, some people made a lifestyle out of it, but there were not many in India. There still are not.

However, I was disappointed. The more people I discussed it with, the more disinterested or judgmental I found them. I wondered why. Those who hadn’t discovered Gor already were not very keen to read much. Then there were those who asked me “Oh, you like Gor? You must have been a victim of childhood sexual abuse!” There were a barrage of questions and arguments that seemed to prove that I was not feminist, liberal, accomplished or erudite enough to know that Gorean role play was ‘wrong’.

Disappointed as I was, I realized that I was being treated no differently than I was when I told people that I practice BDSM or that I am polyamorous.  Slut shaming is never different in its essence, is it?I have now stopped trying to explain it to people. I found someone who doesn’t roleplay but believes in the philosophy. They are as close to a Gorean Free (any practitioner of Gor is either a slave or a Free) as I ever found in all these 10 years. We do not roleplay. However, I surrender to them as freely as I did back in my online days of exploring the Gorean lifestyle.

I still sometimes write role play transcripts and read the books, for they represent to me a world where I can be a limitless slave to my desires, and happily and consensually surrender them to a powerful man. After all, desires are meant to be explored, I tell myself.