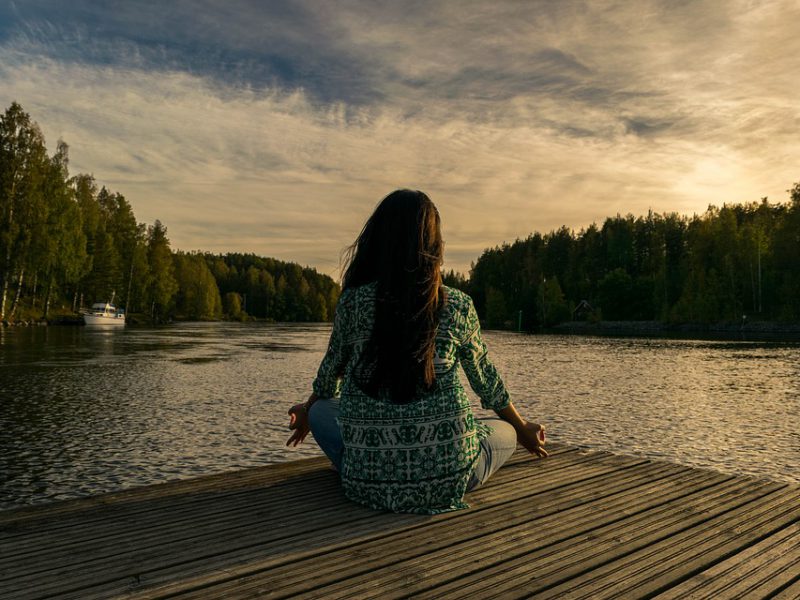 The challenge in writing about spirituality and sexuality is that it traverses a lot of boundaries of the acceptable and the unacceptable. For instance, when we read someone like an Osho writing “From Sex to Superconsciousness”, we end up judging them. Religion as an opiate, is so strongly rooted in the general psyche, and so intertwined with spirituality, that the minute it approaches the fringes of sexuality, the conversation is almost taboo.

Then there’s the Kamasutra, there’s the Ardhanarishwar, there are the Aghoris, there are those of the Shakta school of religion, and even some of the tantriks who practice sexuality in different ways and use it as a medium to attain superconsciousness in different forms. This makes me wonder if my journey with spirituality and sexuality is really taboo? Or is it that I am adhering to yet another social norm, when I hesitate in speaking of this side of my journey?

Even though I had rejected the basic social norms and expectations from women, of being docile and obedient and submissive in their demeanour, I was still not at peace with my cravings to submit to someone. So, my next set of experiments was with spirituality and organised religion. Contrary to my expectations, it was very disappointing, because I saw that almost all organised religions were judgmental and restrictive of female sexuality. I tried to fit my interpretation of religious texts into how I understood my sexuality. Something or the other, however, always went missing.

Add to all this whole exposure I got from reading interpretive fictional works like Vayam Rakshamah (We Protect) by Acharya Chatursen and Volga Se Ganga (A Journey from the Volga to the Ganges) by Rahul Sankrityayan. This exposure to how a matriarchal, free, sexually and sensuously expressive society was converted to a bigoted collective of people was an eye opener.

A lot of my religious friends really got upset when I once made an unsuccessful attempt at finding similarities between a highly hierarchical slave harem with the way Krishna’s multiple queens were portrayed. A lot of them also got upset that I tended to endorse finding connections with sexuality in different anecdotes in Hindu mythology.

To be honest, I look back to Hindu scriptures, practices and rituals, only because I was born and raised as one. It is my own ignorance that I have not studied Christianity, Islam or other religions in enough detail or depth to find similarities. Hence, I am restricting my sharing in this write-up to my own personal experiences.

When I try to make sense of what I’ve read and what I’ve experienced, I realise that superconsciousness is a state of being acutely present or aware of something really specific. Whether that is God, or the state of ‘nothing’, or the hot white pain of a caning, or for some people the orgasm experienced in sex, is irrelevant. What is relevant is: What do we create for ourselves in that moment of acute awareness? Do we create empowerment, love, care, self-expression; or do we manipulate it to create abuse, distrust and disharmony? For, what is spirituality if not the uplifting of the human spirit? If sexuality is the medium for someone, what’s the problem?