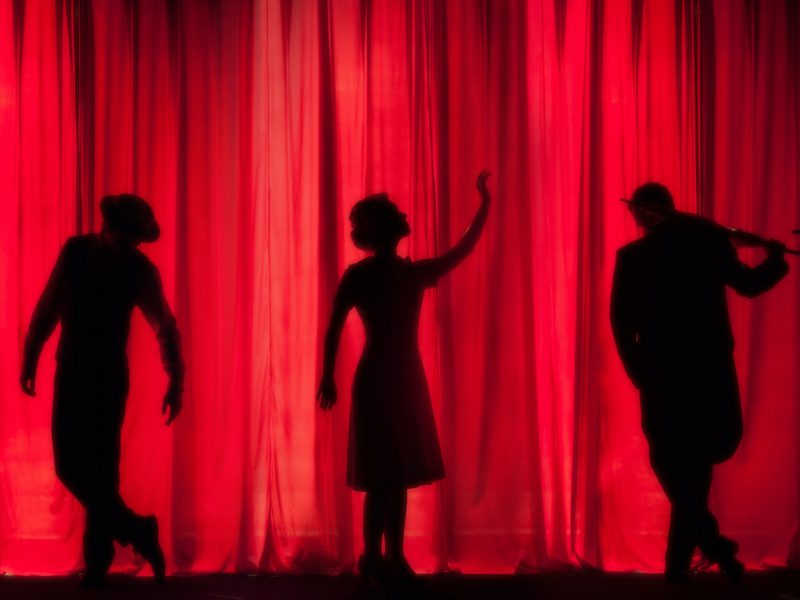 The ways I look at femininity have evolved as I have. Growing up in a space driven by dance and music, my first acquaintance with the adornments a gendered body carries were the performances I did of Gitabitan, a collection of songs and plays by Rabindranath Tagore. To my younger, past self, my gender identity was yet to be unearthed, and with the gestures and posture that come with Tagore’s lyrics, as a dancer, I became in secret the great heroines of Tagore’s stories, able to read and perform femininity with movement not expected of my figure; what street-bystanders would call meyeli, a common Bangla slur for ‘effeminate’.

Growing up, my gender expression has been in constant conflict with the world I inhabit and endure. A male-born woman’s femininity is a slippery slope to navigate in a patriarchal society, where not only cisgender men, but also cisgender women dictate the grammar of gender. These are moments where gender, sculpted to look a certain, suitable way, are legitimate only when performed as per cues given by the concert-master. As I played the part I was supposed to, my inner life, reserved for rare moments of privacy at home, I realised there are many like me, our collective voice submerged by ‘what will people say’, what people did say, still say and will perhaps keep saying.

At the same time, our voice is a means with which we assert ourselves; to say is to reclaim; to say is to subvert. For me, speech plays an integral role in the ways I assert my authentic self. Femininity, then, becomes much more than a repertoire of styles and traits, but rather a vocabulary to grapple with. A vocabulary to be learned and memorised beyond the corners of hallowed lecture rooms and neatly curated libraries. Gender is never neat. It’s a messy arrangement, divergent and intersectional. Speech comes instinctively to us, in calling our sisters ‘she’ and our brothers ‘he’. And, while it’s not perfect, and pronouns are much more than words, our instinct to name the bodies we come in contact with, the relationships we are accustomed to, is influenced by messages around and our perceptions of masculinities and femininities, their contradictions more, juxtapositions less.

Although femininity is instinctive to my mind and my body, I perform it painstakingly, deliberately: all leading up to my wish to be instinctively called ‘she’ and ‘her’. We have studied that speech is performative[1], and to say it is performative is to say that it is performed over and over; we rehearse our roles as much as the expectations of them, in the ways we ought to react and express ourselves at home and in public, as well as in digital spaces. The rehearsal must then mould itself to a new format: an inclusive and ever-expanding discourse, taking into account the multiple ways in which femininities are expressed and embodied around us. Beyond being the architecture of language, speech is how we communicate and engage. It is palpable, like a saree with patches of red in a field of azure, that a friend gifted me.

The gift is more than an offering of love, it is also about the language it was offered with: “I would love to see you in this, you will look so pretty”. It’s a tender, affectionate act between friends. An assurance that my femininity is valid and my presence as a woman is not an aberration in a shared space where women, in many bodies, across many identities, carry an equal but an unalike hold over the changing grammar of gender and sexuality. Many years after I chose to migrate from my natal home and build my own home in the cities I travel to, femininity has painstakingly, but thrillingly, seeped into my skin like a precious commitment, a profound sense of appreciation for the sarees I own, the nail polish I wear, the long hair I flaunt, and the dark kohl that lines my eyes.

No longer are Tagore’s heroines secret temptations. They are no more an image imagined in his lyrics. The image may be an obscure silhouette in the eyes of the reader, but to me, it is aspirational in who I want to be. In my desires and my embodiment of femininity, I rebel in my own small way by subverting traditional interpretation. As a dancer, my femininity was reserved for those makeup-finish moments when on stage they were a vibrant, theatrical presentation of the many ways I wanted to but couldn’t replicate in my lived experiences at the time. The ‘meyeli-ness’ or ‘girl-like’ attributes I carried in the past have now settled in the clothes I wear, and in the ways I talk, think, and take part in public discourse. Should there come a time I choose to walk the alleys of my hometown being who I am now, I may still be taunted and laughed at. But I will know that my femininity is much less fragile than the masculinities of my hecklers, and that it endures, as it always has, and thrives even in the most vulnerable times.

Neel is a writer and activist. She is a postgraduate in Performance Studies from Ambedkar University Delhi, and has been an active part of non-governmental organisations and civil rights movements whose work revolves around issues of gender and sexuality.