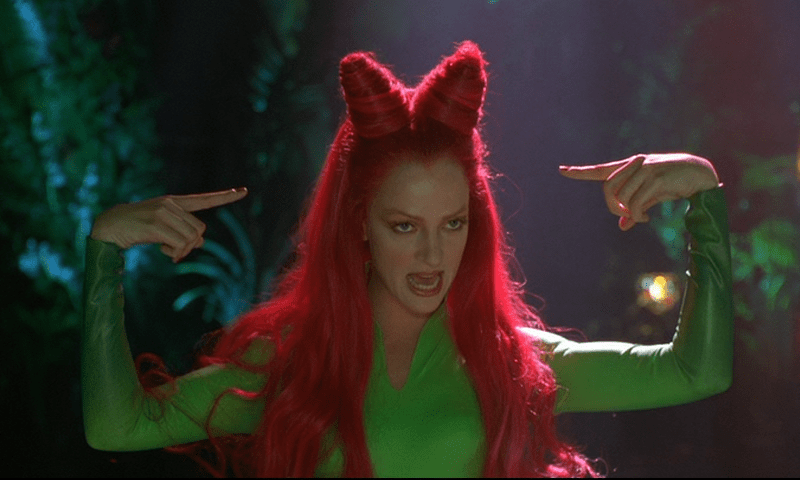 Being an adolescent is never easy. It is the beginning of one’s life journey to answering the ultimate existential question: Who am I? It was E.E. Cummings, a North American poet, who said, “It takes courage to grow up and become who you really are.” Now, I find that a little non-inclusive. Allow me to explain why.

To be who you truly are is not easy. We often attempt to fit individuals into labelled ‘boxes’ (or schemas[1], to be more technical) which say ‘girl’, ‘boy’, ‘goth’, ‘nerd’, ‘gay’, ‘straight’ and so on. We tend to do this because it makes it easier for us to make sense of the world. So, to figure out who you are essentially means finding out which box you best fit into. That is sort of how identity formation works, in the simplest explanation possible. Seems rather straightforward, right? But it isn’t really. There is an important factor we need to consider: What if I can’t fit into any of these boxes? This is the case for many bisexuals.

Bisexuals are not usually highlighted in conversations about sexual minorities and that is a HUGE problem. We hear the terms homophobia and transphobia way more often than biphobia, which is funny because bisexuals make up the largest group in the LGB community for both men and women[2]. So, why is biphobia less spoken about?

Before I get into that, I would like to clarify that the term ‘biphobia’ may not accurately capture the negative attitudes people hold against bisexuals as phobia means an ‘irrational fear’ and most of the time people who show negative attitudes towards bisexuals do not fear them per se[3]. Furthermore, the term phobia takes away responsibility from the person because of its association with the ‘irrational fear’ which then minimises their accountability. Therefore, bi-negativity is currently being used as a more accurate term in the current sexual orientation literature. So, from here on I will be using the term bi-negativity instead of biphobia.

Some theorists say the lack of understanding of bisexuality and the effects of bi-negativity causes people to talk less about it[4]. Which is very human of us as we fear what we don’t know and when we don’t understand something, we deny or avoid it. So, the lack of representation of bisexuals leads to a lack of knowledge on bisexuality, and the lack of knowledge creates a sense of discomfort in us when we are approached with the topic of bisexuality. This discomfort is known as bi-negativity. The interesting thing about this is that it goes full circle. Bi-negativity then further perpetuates the lack of identification and representation of bisexuals as it maintains the prejudices and biases about bisexuality which, in turn, causes bisexuality to be ignored or invalidated by both the homosexual and the heterosexual communities[5] (this is also known as bi-erasure) and thus continues the cycle.

Theoretically, it makes sense. But, how does it work in real life?

As a cisgender bisexual woman myself, I never questioned my sexuality as a teen and blindly adopted what was normalised, i.e., being straight. Homosexuality never came up until my later teens, and that too never quite fit well with me. If I was not attracted to people of the same gender then I’d have to be attracted to people of the opposite gender, right? What else could I be? In my mind, there were only two boxes: straight and gay. Even though I was attracted to both Megara and Hercules (from Disney’s Hercules), they were still a heterosexual couple. Poison Ivy in Batman & Robin (which is the source of my bisexual awakening) was a low-key bisexual character but was evil and overly sexual. Also, only lesbian/gay couples (usually shown in a negative light) were portrayed on TV. So how could I have identified with something that I didn’t even know existed because I had never seen or heard about it? As I mentioned earlier, when you don’t know much about something (bisexuality, in this case), it’s easier to dismiss it, and so I did.

In my late teens, I realised I was sexually (but not romantically at the time) attracted to girls which freaked me out because I thought there was something wrong with me. I felt disgusted with myself and tried my best to suppress the attraction. What did not help at the time were hormonally-charged teenage boys calling ‘girl-on-girl action’ not just normal but also kind of ‘hot’. So there I was thinking, “Okay, not only am I weird but I am also a pervert”. I accepted my fate and just lived with my supposed “perversion” in silence.

A couple of years passed and one of my best friends came out as lesbian which meant that I had to learn about the LGBTQIAP+ community to give her the best support I could. Whilst researching, I learnt about bisexuality, that it existed at all. The more familiar I became with the concept of bisexuality, the more I was confronted by my own prejudices against it. Questioning whether I liked girls and boys equally to be a ‘proper’ bisexual, asking myself if I was overly sexual, resisting the idea that being part of a sexual minority made me ‘different’ and possibly weird. That was my internalised bi-negativity at work which kept me from identifying with something that I could have wholeheartedly done.

Internalised bi-negativity is when you subconsciously hold negative beliefs against being bisexual. Having had to deal with my bi-negative beliefs for years now (and still do), and watching my clients confront their internalised homo-/bi-negativity has taught me that prejudices are implicit. Although we are queer, it does not mean that we are free from trans-/homo-/bi-negative beliefs. This also highlights that a huge part of bi-negativity does not come just from the heterosexual community, but also from the LGBTQIAP+ community itself. Being bisexual means potentially being the subject of unique myths/prejudices[6] as well as facing discrimination from people across the spectrum of gender and sexuality. This causes a bisexual to stick to a ‘straight’ or ‘gay/lesbian’ label to remain ‘below the radar’. Dealing with my sexual identity made me feel alone and invalidated. I felt that I was not important and was too confusing to be understood. It sucked, big time.

When you compound bi-erasure, bi-negativity and internalised bi-negativity, it’s no surprise that bisexuals have been shown to have the poorest mental health among the homosexual and the heterosexual community[7] [8] [9]. So, how can we fix this?

As I’ve mentioned, lack of knowledge about bisexuality due to bi-erasure perpetuates the issue. Learning about bisexuality after my best friend came out opened my eyes to what bisexuality really is. Learning about the concept of fluidity in bisexuality helped me break the shackles by which I felt imprisoned because of the internalised bi-negativity I held on to so tightly. Heck, even understanding the proper definition of bisexuality made me feel more secure about who I am. Knowledge IS power. However, getting appropriate knowledge on bisexuality is not as easy. Lack of representation of actual bisexuals in mainstream media lessens the visibility of the bisexual identity. This is why it is of utmost importance that we keep the conversation going to increase awareness. Add more bisexual characters who are not inherently evil, overly sexual or unfaithful[10]. We represent a large number of the LGBTQIAP+ community. Would it not make sense to represent that on TV? Accurate representation[11] is imperative to bust the myths and prejudices about bisexuality to combat bi-negativity.

Bi-negativity is very powerful. It can make someone feel that who they are is not real. The internal dissonance someone feels when they cannot identify with who they truly are is painful. Bisexuality is a beautiful and unique orientation. It is a freeing orientation that does not judge you for whom you choose to love. It is not simply a 50/50 attraction. It is not greedy, unfaithful or overly sexual. It is not a bunch of poorly made-up myths nor the ‘secret ingredient’ that makes pornography more enjoyable. It is important for all the young bi babies to understand that what they feel is valid. Who they are is valid. This is why, Mr. Cummings, I believe that becoming who you really are is not just about being courageous, especially when there are systems of oppression making it difficult for some of us to become who we truly are. It is not cowardly of us if we find it difficult to proclaim our identity. We have to develop the ability to spring back from the various setbacks and hurdles that we experience, and we do. Therefore, coming to terms with our bisexuality in the face of bi-erasure, bi-negativity and marginalization does not just take courage, it also takes resilience.

Shaleen is a sex-positive clinical psychologist. She is also an LGBT-affirmative therapist who aims to create a safe space for members of the community to seek mental health support. Being a feminist who is passionate about human rights, she believes that change begins with education. Apart from being passionate about mental health, this beer-drinking, dog-loving girl loves to spend her time watching psychological thrillers. You can connect with her on Twitter: @shaleeenxanne or via email: shaleenchrisanne.clinpsych@gmail.com.