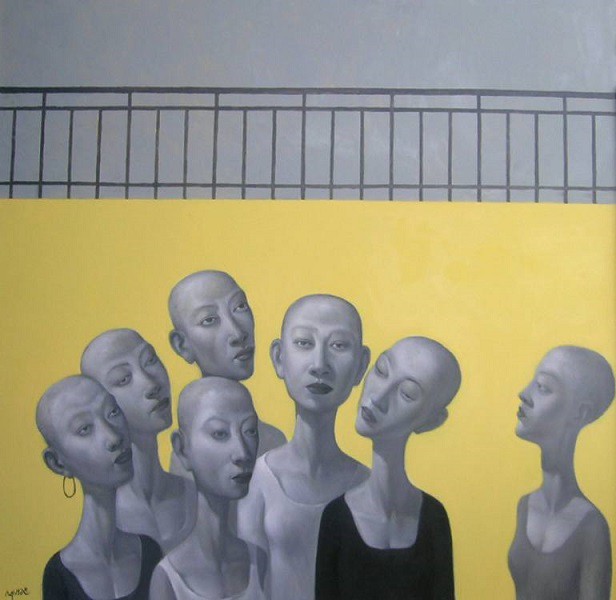 People’s movements and sexuality. There is dissonance in this. Hugging trees, protesting dams, Swadeshi and boycott, anti-apartheid, anti-psychiatry, anti-war, child rights, flags, banners and marches. What does hugging a tree have to do with sexuality? Women’s rights, gay pride, these movements are people’s movements quite regularly seen in the frame and context of sexuality. But the others?

Sexuality is about how we see our own agency in the life we live. “Sexuality is a central aspect of being human throughout life and encompasses sex, gender identities and roles, sexual orientation, eroticism, pleasure, intimacy and reproduction. Sexuality is experienced and expressed in thoughts, fantasies, desires, beliefs, attitudes, values, behaviours, practices, roles and relationships.” (From the WHO draft working definition of sexuality, 2006.)

There are and have been more people’s movements in history and across the world than can be represented here. A tiny selection from India’s history, and others that transcend geographical and even species boundaries, have been chosen for reflection.

Sexuality as integral to personal struggle

1918, Assam, Chandraprabha Saikiani. Just 17 years old, she became the first woman in Assam to give a public speech at a student’s conference. At this time, women, if they attended public meetings, sat segregated behind curtains, invisible, voiceless. 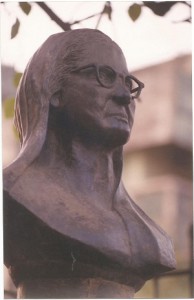 A few years later, Chandraprabha gave an impassioned speech against this system of women’s segregation at another public meeting, as a result of which the women spontaneously broke through their enclosure, emerged into the common public space and joined the men.

A freedom fighter, a social reformer and feminist, she met the writer Dandinath Kalita and their relationship resulted not in marriage (he married someone else, chosen by his family), but in a child. She raised this child alone, a single woman, an unwed mother.

In a listing such as this one of the heroes of India’s freedom movement, you won’t find her name. There are names of other women though, on the list. Other undoubtedly courageous, rebellious, brave women find their place in the honour roll. Words such as ‘pious’, ‘formidable leader’, and ‘following her husband’s footsteps’ (sic) are used in their descriptions and biographies.

Many people have not heard of Poems Written in Prison by Gopabandhu Das. A description of this collection reads, “At least two poems address male friends and co-workers, and the author describes these relationships in terms that are intense and erotically charged though not overtly sexual.” Gopabandhu Das was an Indian freedom fighter, once described by Gandhi as “the Tapaswi (sage) of Orissa”. In The Last Tears of an Anguished Soul, Gopabandhu writes:

“The soulmate I chose at the dawn of life

As my life’s friend, did not understand

The innermost thoughts of my heart.

He gave a cruel blow to my life, my being.”

Translated from Oriya, this poem is interpreted as addressing a male friend. Biographies of Gopabandhu Das do mention his love of language and poetry. They mention his wife, sons and daughters briefly. They don’t acknowledge or explore the influence of his sexuality and his relationships upon his life, personality and resilience.

1974, Reni village, Gaura Devi. A lesser known name than Chipko but one of the legends of the movement, she mobilised the women of her small mountain village in India’s Garhwal region of the Himalayas, to stand up and hug the trees against axe-wielding lumberjacks and government officials.

I read this description by Mark Shepard of the events in 1974:“Some of the men seemed ready to respond to the women’s pleas; but others had been drinking. The drunk ones tried to take liberties with the women, or cursed at them for trying to interfere with their work. One of the drunks came staggering toward the women with a gun. Gaura Devi stood in front of him, bared her breast, and said, ‘This forest is like our mother. You will have to shoot me before you can cut it down.’”

Gaura Devi’s personal history is less well documented. We do know that she became a widow at the young age of 22, in the late 1940’s, and that she raised her child alone, a single mother. Till today, in the twenty first century, widows in India experience invisibility, disrespect, anonymity, rights violations and extreme injustice. Again the link between the social movement activist, and the individual’s experience of sexuality and challenging social norms, is ignored.

What factors led to the exclusion of names such as Chandraprabha’s and Gopabandhu’s from the honour roll? Did their personal lives and expression of their sexuality contribute to denying them a place in common listings of those who drove the freedom movement? How did 50-year-old Gaura Devi mobilise the women and girls of her village to challenge drunken, dangerous, axe-wielding lumberjacks? In her experience of early widowhood and single parenting, did her sexuality contribute to her agency and her identity as a leader fighting for the rights of her village, her forest, and the generations to come?

Sexuality as the source of insight into matters of philosophy, justice, and ethics

The spirit of the fight crosses boundaries. In an article called LGBT Rights and Animal Rights: How Are They Connected?, Ari Solomon, one of the activists interviewed, says, “In the simplest terms, I believe that most LGBT men and women understand firsthand what it’s like to be oppressed and bullied. This is what happens to animals every day, whether it is on factory farms or in laboratories, circuses, and marine parks.”

Says Dan Hanley, another interviewee, “Both fall into our goal of ‘making the world a better place for all living beings’. I believe that injustice is injustice, regardless of the community it affects or how voiceless the affected community is.”

Sometimes the connection is even more direct whether people wish to acknowledge it or not. Many people who identify as animal activists and drive the animal rights movement take issue with breeders who use a device called the rape rack. Yes, that really is what it is called in the industry because it is a stationary device used to restrain and immobilize a female animal who may not voluntarily cooperate with the activities planned. An abuse of rights, such that even just the name of the device used for the purpose indicates sexual abuse. Just a few days ago in India, students from a medical college in the city of Vellore captured, tortured and killed a monkey. Activists took up the case and social media went into a frenzy. A part of the debate was about whether or not the word rape can be used in this connection. Some of the activists of the movement did not understand the reason such a connection was being made, until it was explained in clear terms, mapping the vocabulary of sexual abuse to a description of the abuse inflicted upon the animal. This immediately expands the circle of people who may or may not feel empathy with animals, but are united against perpetrators of sexual violence, and a threat that they are familiar with. 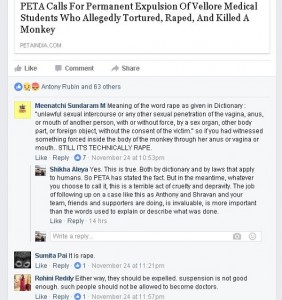 So within the animal rights movement, we have a people’s movement that transcends geography, country, culture, species and historical periods and finds a strong connection with sexuality and rights.

This does not mean that every person struggling with issues of sexuality and rights is a candidate for the animal rights movement, or for the child rights movement or the anti-nuclear movement. Yet, once you begin to question the justice or injustice of one aspect of life, it cascades into questioning another aspect of life.

Others have made the connection between sexuality and the anti-consumerism movement. This one tells a different story, gives another perspective on sexuality. In his paper, Waste: A Sexual Critique of Consumerism, evolutionary psychologist Geoffrey F. Miller says, “From this biological viewpoint, consumerism is what happens when a smart ape evolved for obsessive sexual self-promotion suddenly attains the technological inventiveness and social organization to transform the raw material of nature into a network of sexual signals and status displays. It transmutes a world made of quarks into a world of tiny, unconscious courtship acts. Every thing becomes a product, every product becomes a signal, and every signal becomes sexual. Yet most sexual signals go unrecognized, unappreciated, and unreciprocated. The result is that fascinating phenomenon we call modern civilization, with its glory and progress, to be sure, but also with its colossal waste and incalculable alienation.”

The disability movement is a people’s movement where the connection with sexuality is intense. The interlinkage between disability and sexuality is a giant labyrinth where legal, psychosocial, commercial, socio-cultural, political, medical, and historical complexities are part of a whole that is impossible to navigate in a thousand words. But in the disability movement there are many examples of people calling out the links between sexuality and the movement , such as the writer of Double Rainbow, a blog series on autism and sexuality: “I know from first-hand experience that autistic youth are often already emotionally vulnerable. To be told that you are doubly broken, doubly unlovable and undesirable, because you are both autistic and queer, is devastating.”

Kim goes on to say, “We don’t have to be once in a generation geniuses to be valuable people”. In this sentence alone is an insight into the value of being one person in a people’s movement, anywhere, focusing on any issue. This insight comes from a thinker pondering sexuality and relationships in the context of disability.

We deny, suppress, or express our sexuality in a variety of different ways. This is why sexuality connects with people’s movements. As a part of understanding and recording the stories of people’s movements, we honour the people by name, individually, the leaders, the brave, the idealists, those who march in protest, raise a flag. We seek a kinship of the soul, inspiration, motivation, connect. Let us also acknowledge the crucial role of sexuality – in shaping these people that we honour, in influencing the movements that have changed our lives, and in providing us a lens by which we can better understand our continually evolving selves.