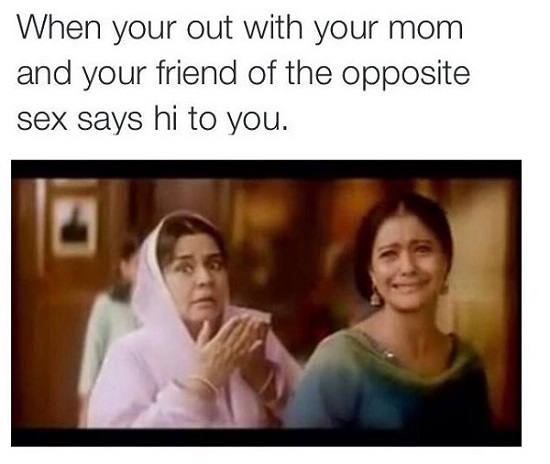 Debates around consent have primarily been centred on the conjugal heterosexual relationship, based on real life scenarios and cinematic instances.

Recently, there has been a surge in the discussions of Bollywood’s portrayal of stalker-like men with no sense of other people’s personal space. It does not help that, almost to prove this point, movies introduce male protagonists who are unable to comprehend the basic rule of consent: “no” means no. Every second movie shows a man who chooses, instead of grappling with solitude and rejection, to follow the female object of his affections around until she falls in love with him (read: gives in).

I have not taken up the task here of understanding why these damsels in distress fall for the ubiquitous hero. I wish to extend the idea of consent (though by no means resolve it) because, come on, we all know that consent is murky territory. The experience of consent/absence of consent varies amongst women. That is, some women experience distress or anxiety at seemingly the slightest crossing of boundaries, and some do not.

Listening to snippets of conversations (the bathroom eavesdropper that I am), I believe that there are women who seem to like persistence (the annoying sister of presence, which actually is a key to successful relationships). Their conversations range from how their love interests have not been persistent (here it’s used interchangeably with ‘romantic’) to how they expect them to call consistently (read: show how much they miss them), sometimes even after a break-up. Instead of understanding these women as ‘brainwashed’ by heteropatriarchal structures, is there any way to think of consent in another context? How should our conversation on consent be intertwined with the idea of romance, love, and my personal favourite, care?

This brings me to the parent-child relationship, which is equally problematic in Bollywood and otherwise. Our relationships with our parents are the first love relationships we enter, based not on consent but on emotional, physical, and financial dependence. How do we understand the ‘My Body, My Rights’ discourse in the context of parents? How have we reached a point where non-consensual behaviours in romantic and sexual relationships are criminalised, but parental domination is still legitimised, or trivialised in the name of “Oh, but I know my parent is a good person and wants what is best for me”? What happens to children’s (especially girls’) ideas of love when they are raised in a way that they experience little or no control over their choices and bodies?

The conjugal relationship in popular discourse, thus, becomes an easier target because questioning parental legitimacy on the child’s body assumes a more complex, perhaps tabooed form. Especially so, because we consider children as weak, innocent creatures who are unable to make any decisions. 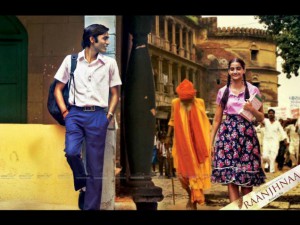 In this context, Ranjhaanaa (2012) occurs to me as a film notably critiqued for portraying a crazed lover who stalked the object of his affection, threatening to cut his wrist if she refused to ‘love’ him. While this situation is an extreme example, all of us negotiate the boundaries between coercion (emotional or physical) and choice on an everyday basis, in every relationship. What about the crazed mother (common in cinema and otherwise) who engages in various forms of emotional blackmail to get the child to obey her? Is that not coercion all the same?

I believe the peripheral story in Raanjhaana was met with silence: the one on parental consent. In the movie, when the girl’s parents find out about her relationship, they pack her off to Lucknow to study because, of course, as an adolescent she is supposed to be focusing on her studies instead of falling in love, especially so with a man from another religion.

The list neither begins nor ends at Raanjhanaa. There is the well-known Dilwale Dulhaniya Le Jayenge (1995), where Baoji is able to assume not only a position of power, but also respect for protecting (read: controlling) his daughter. Then we have Kabhi Khushi Kabhie Gham (2001) telling us that this is all really about ‘loving your parents’, where the father cuts his son off financially because he insists on marrying someone belonging to another caste and of his own choosing. Because if you did not know: love really means obedience! And how can we forget the age-old stalker-parents, à la Qayamat Se Qayamat Tak (1988), who keep a strict eye on their child’s movements around the city?

These parents show absolute disrespect for their children’s decisions, bodies, and sexuality. In fact, these actions show more than just the degree of control – they also reveal the parents’ bigotry. I cannot recount the number of times I have heard people justify their parents’ casteist, classist, racist, sexist, and homophobic attitudes just because they either belong to another generation where ‘this was the norm’ (it did not make it right even then!) or they are charitable people otherwise.

The most ironic part is that these acts of intruding on the child’s body are done on the pretext of protection. Perhaps some male bodies are exempt from this control compared with other marginalised bodies, but they are not free either. The justification that the ‘intention’ is good, so our parents deserve respect and not criticism, seems ludicrous and flawed.

We are told that they have spent their entire lives taking care of us – especially financially – so we must be grateful. I wonder sometimes: was it not their choice to have raised us? Do I have a choice to dislike them (guilt-free) or to like them, but not ‘pay them back’, or perhaps pay them back in the way of my choosing? For as long as I can remember, I have been told that I do not owe anything to the guy in a bar who buys me beer, or even to a spouse who makes unnecessary demands of me. Why, then, do I owe anything to my parents or numerous other relatives?

I cannot remember the countless times I have argued with my parents for telling me that some aunt has cooked a meal for me (which I happen to dislike) with love and care, so I should respect her and eat a little. I always wonder: can she not respect my choice of not eating if she ‘loves’ me? I do not think that the aunt’s choice to be fond of me makes me obliged to reciprocate in ways that make me uncomfortable.

Recently, I had an argument with my father on a related topic. We were talking about a friend who is completing her Master’s degree and I claimed how ridiculous it was that her parents monitored when she submitted her assignments, attendance, and so on. My father was of the view that because her parents supported her financially, they should have some say in her decisions. I could not stop thinking of the ‘man at the bar’ example.

As a feminist, I find it useful to understand consent in layers. Not all emotional demands made of us are experienced as violating, and in this context too, different women experience consent differently.

Further, I like to know which kinds of consent we legitimise or delegitimise. For example, we have fought for financial independence as a means of empowering ourselves, which was a crucial step in the context of capitalism. However, has this victory come to imply the reverse, that financial dependence means having no control? Does it mean that just because children are financially dependent, they automatically have no or lesser rights over their bodies? Is financial independence indispensable if women want control over their own bodies? I would like to believe otherwise. I would also like to believe that there is a way for the non-‘working’ woman’s body to have the same legitimacy, if in different ways, as the ‘working’ one’s.

The conversation on parenting and consent brings us to uncomfortable terrains. It leaves me with more questions than answers, but I am sure about one thing: if this is our earliest experience of consent, then I don’t see how we will grow up to become women who can assertively say, “No”.

I think we need to overcome our reluctance to reflect on parenting (how we have experienced parenting and how we wish to parent) and how it shapes our ideas of consent in love relationships. Perhaps it will be a worthwhile exercise to stop believing that critiquing or challenging our parents is disrespectful, because conflating respect and obedience is quite unhelpful.

A believer in naïve and irrational Bollywood love as a way of being, Meghna holds an incurably optimistic view of human beings. She is currently a research scholar at Tata Institute of Social Sciences (Mumbai) and is exploring the performances of love in urban public spaces.