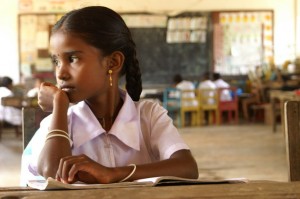 Providing Comprehensive Sexuality Education (CSE) remains one of the most contested and complex issues within the sexual and reproductive health and rights (SRHR) discourse. The central challenge lies in the inherent contestation that CSE is seen to pose to the legal definition of consent vis a vis minors (those below 18 years). Within families and society at large this is seen to be immensely threatening and destabilising. Unlike other legislation prohibiting dowry, child marriage and sex selection that operate within a social milieu that rarely condemns their violation, any break of the legal `lakshman rekha’ of the minimum age of consent provokes hysteria and countless legal actions. The legal terrain that guides consent infantilises all young people below 18 under the garb of protection.  Our opposition to this needs to be on multiple fronts including challenging the notion that laws can do justice in defining consent which in the words of Matthew Waites is a constantly `shifting concept.’[1]  In many countries the lowering of the minimum age has been in response to the dynamic and fluid ecosystem within which consent operates and has changed over time. In India, we did the opposite. The recent amendments to the Criminal Law Amendment Act raised the age from 16 to 18 years.

Typical legal debates around consent, particularly in India, have been profoundly influenced by a majoritarian understanding of public good. This viewpoint is driven by a conservative worldview imbued with double standards and moral contradictions.  In this framing of public good it is acceptable to legally recognise the marriage of a 15-year-old girl as is done by our personal laws. We allow marital rape to continue unabated. But we fiercely resist recognition of the evolving capacity of and the right to bodily integrity and autonomy of young people to express their sexuality and make sexual decisions. We discuss this in terms of promiscuity and moral depravity. The biggest block to doing this is the continued belief by most that families should be the primary arbitrator in making these decisions. The family remains the primary site of social sanction of consent for young people.

The lack of social traction on this issue is mirrored in laws and the laws in turn serve to further entrench this societal viewpoint. Evolving capacity – as an enabling process that recognises maturation, autonomy and self expression of the `minor’ – remains unacknowledged and this in turn influences not only laws that define minimum age of consent but also a range of other laws. Two such laws are the Protection of Children from Sexual Offences Act, 2012 (POCSO and the Information Technology Act, 2000 (IT Act).  These laws serve to constrain, in intended and unintended ways the ability of young people to seek or receive information in the domain of sexuality education. The Protection of Children from Sexual Offences Act, 2012 (POCSO) was enacted as a response to the growing magnitude and extent of child abuse in India. While the Act is well-meaning in its intent there are provisions that can deter the provision of CSE to young people below 18 years of age. Section 13 of the Act for example disallows representation of sexual organs of a child. This can limit the use of images and graphics to discuss anatomy and bodily changes. The Information Technology Act, 2000 (IT Act) puts in place a strict legal regime with regard to the type of content that can be shared electronically. Persons seen to be circulating content that is `grossly offensive’ can face punishment. Grounds for exception have been included in the Act if it can be justified that it is for public good. However, the law does not provide clear definitions of terms such as `obscene materials’ and `lascivious’ and therefore leaves it open to subjective interpretation. Neither does it lay out what can be included as content for public good. Read in conjunction with the POCSO this creates a legally charged terrain for the provision of CSE.

Minimum age sets up a gold standard of when a person is set to attain adulthood prior to which laws must remain the ultimate arbitrator in the name of protection and preventing harm. The recent media attention on violence and sexual assault against women and children has served to further exacerbate this and keeps us in a constant state of `moral panic.’ Laws such as the POCSO and the IT Act serve to legally circumscribe this moral panic. Today there is a growing conversation on what we `will not do’ often driven by a narrative that place family values and cultural sensitivity at the centre. The approach to imparting CSE and its content becomes more community rather than youth driven. We have begun to self-censor and draw boundaries even as consent –  that dynamic, shifting concept –  continues to be exercised and plays out in myriad ways in young people’s lives.

The answer to the challenges highlighted above perhaps lies in young people themselves. They have already demonstrated their ability to subvert and to use various mediums including technology to voice their dissent and to seek and provide solutions. No one is more profoundly impacted by the minimum age of consent than young people themselves. In our role as adults who care about their well-being we need to create real safety nets outside of the legal domain within which they can exercise their right to experiment, cross boundaries and make mistakes.