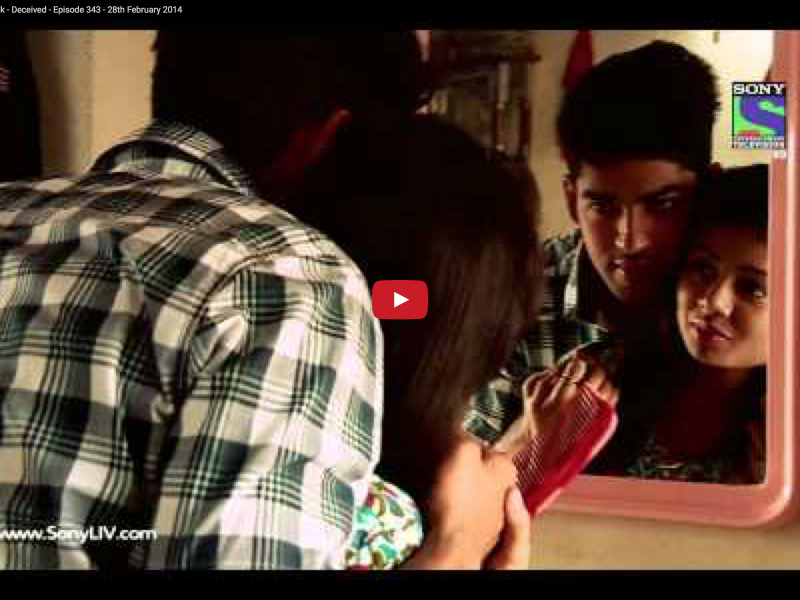 My decision to study young women’s engagement with selfies and social media as part of my M.Phil thesis was influenced by a number of reasons. The most significant of these was the desire to understand and document young women’s relationship with technology, self-expression and bodies. This is crucial in a context where media discourses, including popular television shows screened in India such as MTV Webbed[1] and Crime Patrol[2] , construct online spaces as being populated by sexual predators. A common theme in these shows is that of revenge porn, where the victim’s photographs exchanged with initial consent, are morphed on to nude pictures and circulated. The victim is usually shown to be a young woman and the predator an older man, unknown to the victim. Such media discourses prescribe a ‘better be safe than sorry’ dictum in their representation of young women’s engagement with online space, constructing young women as ‘innocent’, ‘vulnerable’, and in need of protection. How do we then understand and explore the possibility of subjective self-determination, especially any expression of sexual desire in young women’s engagement with technology?
As part of my fieldwork, I spoke to twenty young women and discussed their engagement with selfies, social media and digital technologies. In our conversations around social media, many of the young women expressed a fear and mistrust of ‘fake’ identities and multiple profiles, and spoke of how fake profiles are indicative of an intention to engage in deceptive acts. A ‘fake’ profile was usually described as one where the user gives incorrect information about their name and demographic details, and does not upload a photo that is indicative of their identity. However, this narrative of the young women being at risk from unknown predators was complicated when three of the young women I spoke to confided that they too had ‘fake’ profiles. I use the word ‘confided’ because all three of them stated that very few people were aware of these ‘fake’ profiles of theirs.

For Zaara[3] , the ‘fake’ profile is one that she has created on Facebook, with a different name and surname, and a picture of a celebrity as the profile picture. She explains that she has added a few people from her ‘real’ profile in her friends’list, but most of the others are acquaintances that she knows or friends of friends that she wishes to know better. When asked why she made the profile, she states,

Sometimes, there are boys I want to chat with and know more about. Sometimes I want to flirt with boys. But if I do it from my own profile, people will start gossiping and saying that I am cheap. It might even reach the ears of my brother. Then I will be in trouble. But with this profile, I can do what I want. Sometimes I chat with boys and ask them what they think about Zaara. That way I can test who is genuine when they give compliments. I can have fun. [Zaara, 19]

She also shares that managing the ‘fake’ profile is not always easy. The boys she chats with ask her for selfies, sometimes selfies of her face, sometimes of her body. She says it could either be because they suspect it is a ‘fake’ profile or it could be because they want to increase the intimacy of their conversations. She says that she manages to evade those requests by pretending to be affronted, which, according to her, is acceptable because she is a girl and asking girls for their selfies in such a manner is considered inappropriate. Zaara says that she does not consider an expression of sexual desire as inappropriate. However, she has to resort to secrecy since she believes her mother and brother, who are devout Muslims, would not be accepting of her expressions of sexuality.

Neharika tells me that the only reason she had to make a ‘fake’ profile is because she has added all her siblings and relatives on her ‘actual’ profile. She tells me that she has a boyfriend, and that she cannot tell anyone in her family about her relationship with him, since they would not be accepting of his being a non-Brahmin. She shares that as someone who loves taking selfies every day, she has clicked a number of selfies with her boyfriend as well. However, since she cannot share them on her own profile, she has created a second profile where she shares all the selfies taken with her boyfriend. On her second profile, which she calls her ‘fake’ profile, she has added most of her school friends and college friends, but blocked all her siblings, family friends and relatives. She states that it is still very risky and that the second profile could easily be found out. However, she asserts that she will not delete the ‘fake’ profile because of the freedom that it has given her.

Jyotsna doesn’t go into the details of why she has made a second profile, except for stating that it lets her add people in her friends list and find out more about them. She adds that she does not use the profile very often and that she has not told her friends and family about it.
The labelling of a particular profile as ‘fake’ and the other as ‘real’ invites questions of identity, and why young women conceptualise their identity in particular ways. From the three narratives, what comes across is that ‘fake’ profiles, as they were labelled by the young women I spoke to, were mostly made in response to different restrictions that operate on profiles where the young women have to identify themselves by their legal name and a photograph identifying their faces. Despite legitimate concerns posed by the dangers of sexual predators who engage in identity manipulation, it is necessary to recognise the importance of engaging in multiple acts of identity construction as a way of subverting the narrow boundaries of age-appropriate gender and sexual behaviour. These ‘fake’ profiles need to be read as an attempt at self-determination in how young women wish to use social media despite increasing restrictions from different structures of control. In Zaara’s and Neharika’s stories, creating ‘fake’ profiles have been an assertion of their sexual subjectivity. In Neharika’s case, through her engagement with the ‘fake’ profile’, she also actively defies the caste boundaries created by her family. Thus, despite most young women’s concerns regarding ‘fake’ profiles and multiple identities, it comes across that some of them have also managed to explore the potential of online spaces in fantasy and identity-play. Through different expressions of sexual subjectivity, they have also challenged structures of caste and religion that they see as restricting. The words ‘fake’ and ‘real’ can be read as signifying the demarcations between legitimised and delegitimised sexuality, between ‘safe’ and ‘risky’ expressions of identity, between displaying respectability and expressing sexual desire. An increasing control by social media sites aimed at shutting down user profiles that are not identified by name and photographs[4] , needs to be seen as not just a commitment towards safety of its users but also as a clamping down of the possibilities of challenging gender, sexuality and age boundaries through participation in social media.

The narratives above suggest that constructing young women as open and vulnerable to sexual exploitation in online spaces forecloses the possibility of reading how young women themselves might experiment with online spaces to express their sexual subjectivity. Narratives that construct online users in terms of binaries of male perpetrators who construct ‘fake’ profiles to deceive naive young women also display a lack of understanding of the diversity of practices young women engage in online spaces. This also points to how young women’s sexuality is constructed in larger discourses, as being innocent, naive, vulnerable, passive and without agency. Thus, the focus when studying online spaces needs to shift from moral panic and protectionist discourse to one that recognises the sexual subjectivity of young women. From my own engagement with online spaces, and through conversations with friends, I have been exposed to a number of online avenues which allow for a range of sexual identity, practices and behaviour, involving not just text-based or image-based interactions but other multi-sensuous interactions as well. Yet, in my conversation with twenty young women, only three women opened up regarding their Internet practices that fall outside the purview of dominant discourses of appropriate sexual behaviour. While my commitment has been to read the narratives of young women as they present them themselves, studying a field that is marked by taboos of appropriate and inappropriate gender and sexual behaviour also means that a number of narratives lie below the surface. The full scope of the young women’s experiments with their identities, gender expressions and sexual subjectivity has therefore been difficult to access. A deeper commitment to understanding these various expressions of sexual subjectivity would undoubtedly make for an interesting study of young women’s engagement with technology.

In the description of the show, it states, ‘The Internet is a great place to make friends; a better place for faceless predators.’

[3] Names have been changed to protect identity.

[4] In September, 2014, Facebook shut down a number of accounts, stating non-compliance with their real name policy as the reason. Activists protested against this move, stating that it discriminated against the LGBTQ community, including drag kings and drag queens. Read more here.

Currently doing her M.Phil in Women's Studies from the Tata Institute of Social Sciences, Mumbai and working part-time as a writer at Partners for Urban Knowledge, Action and Research. Her research interests include feminist activism, social media, girlhood studies, popular culture and constructions of femininity.