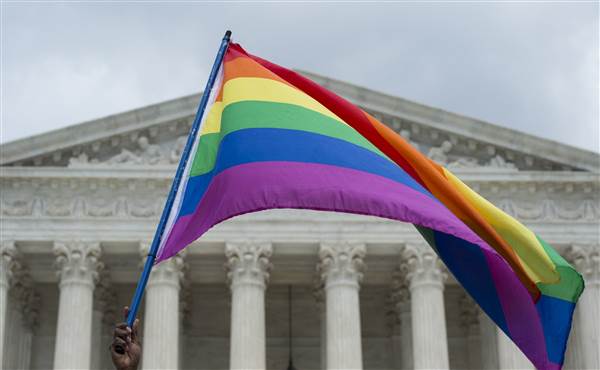 Tight-knit communities are often seen as bastions of conservatism and enemies of personal freedom. This reputation is particularly evident when it comes to matters of sexuality – whether it’s sexual orientation, gender, health, or politics, the concept of community seems to be threatened by the mere acknowledgement that sexuality is an integral part of being human. The tension between community and sexuality has long been acknowledged and accepted across the globe. World leaders regularly position sexual and reproductive rights as hindrances to national progress. Any open or non-normative expression of sexuality is often viewed as a betrayal of community values. But we have to ask ourselves: are the concepts of community and sexuality in complete opposition, or have we lowered our expectations of how a community is supposed to operate?

Communities form when people have something in common. When we think of the things that bind communities together, we tend to focus on geographic location, ethnicity, caste or familial relationship. These are certainly not the only types of community – people come together due to shared oppression, shared trauma, common interests, and more; but the link between conservatism and community is most evident in these four. The Indian diaspora both exemplifies and defies this link. Indians living abroad (like many other immigrant groups) tend to stick together, both out of necessity and by preference. Their connections are intensely magnified because they rely on each other not only for basic needs – financial assistance, housing, food – but also for a sense of belonging, of home. Of course, the Indian diaspora is not a homogenous group; in the United States, working-class Indians and Indians from marginalised castes and minority religions have been severely under-represented, a North American extension of home-grown oppression.

The way the Indian-American community operates is an argument in itself that close communities breed conservatism. Instead of discarding the rigid caste and religious boundaries that are ingrained in Indian society, many Indian-Americans have instead become even more rooted in discriminatory traditions. Second- and third-generation children (people who have never lived in India, perhaps never even visited) become fluent in caste and religious politics by mimicking the nuanced behaviour and language of their parents and grandparents. And in this new world where the Indian community is trying to make a ‘good name’ for itself, trying to emulate whiteness, sexual and reproductive rights are not a priority.

Domestic and intimate partner violence in the broader South Asian-American community is rampant, and divorce is taboo even in cases of spousal abuse. Inter-racial and inter-religious relationships are frowned upon, with parents sometimes opting to disown their children rather than face the scorn of the community. Queerness is often misunderstood and pushed into silence. And in 2015 when Purvi Patel, a U.S. citizen of Indian origin, was arrested for inducing her own abortion, there was little outcry from the community that had shamed her into risking her life and her freedom to hide the fact that she was unmarried and pregnant.

Sexual and reproductive health and rights are undoubtedly severely neglected within the Indian-American community. The community’s current structure leaves very little space for open discussion or consideration of sexual expression, and Indian-American leaders seem to like it that way. But given the Indian diaspora’s unique position of upholding and adapting Indian customs in many different societies, it has the opportunity to redefine what community means in the Indian context. And a big part of this ‘redefining’ could and should entail centring the voices of those groups who have historically been excluded from the Indian-American narrative.

It is clear that the Indian diaspora has significantly lowered its expectations of how a community should operate. How, then, can we move forward to build a community that is open to progress and upholds sexual and reproductive rights? The first step is to reflect on the purpose of a community. Most close communities have one goal: self-preservation. They are structured to protect the institution of community instead of the people who make up the community. In this line of thinking, community is an end in and of itself. It is very easy to fall into the trap of believing that the survival of the larger group is more important than the rights of an individual. This is especially true in diasporic communities, where people are constantly struggling to keep their cultural identities intact while simultaneously assimilating to the majority culture just enough to survive. In this context, the development of the community easily takes precedence.

But developing a community solely for the sake of having one helps no one except the people in power. Communities are meant to be mutually beneficial – members help themselves, help each other, and, in turn, the community flourishes. The Indian-American diaspora is at a point where it needs to turn away from the ‘community for community’s sake’ style of development and return to one that focuses on upholding the rights of each community member, regardless of if those rights conflict with ‘tradition’.

This shift has already begun to occur. There is a conversation opening up on domestic violence in South Asian-American households, and queer South Asian-Americans are speaking out about their experiences. Purvi Patel’s case drew attention to the unique issues that South Asian women face when accessing reproductive healthcare in the United States. Indian communities have the capacity to be supportive of sexual and reproductive rights if community members are willing to do the work of reconceptualising the role that their community plays in their lives.

Sonia Dhawan is on the Programmes team at TARSHI. She is interested in increasing accessibility to accurate information about sexual & reproductive health & rights and promoting cross-cultural dialogue between Indian and US feminist movements.