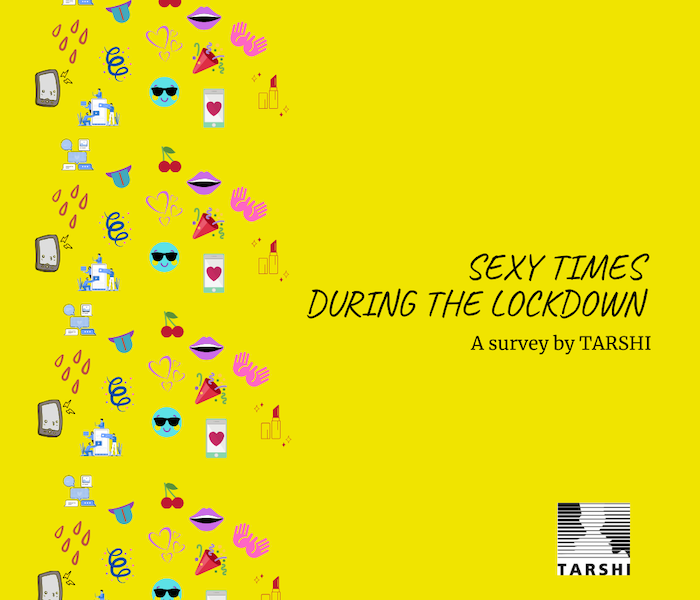 TARSHI has been running a survey (we’re still accepting responses) to understand how people feel about their sexual lives during the pandemic and how (and if) they have been getting sexual pleasure. Here are key results from our first batch of responses (250 people). Respondents identified as women (66%), men (28%), queer/non-binary/gender fluid (2%). A majority of the respondents are from India.

74% of our respondents said they are not living with a partner/s during the lockdown. We cannot comment on whether ‘self-pleasure’ has risen, but we do know that nearly 60% of our respondents said they were self-reliant on their ‘imagination and hands’. The number was not different by gender, with 58% of women choosing this as one of the ways they got pleasure during the lockdown, 65% of men, and nearly all who said they have other gender identities.

What did people miss the most during the lockdown, when it comes to sexual pleasure? Privacy and partner/s were top of the list.