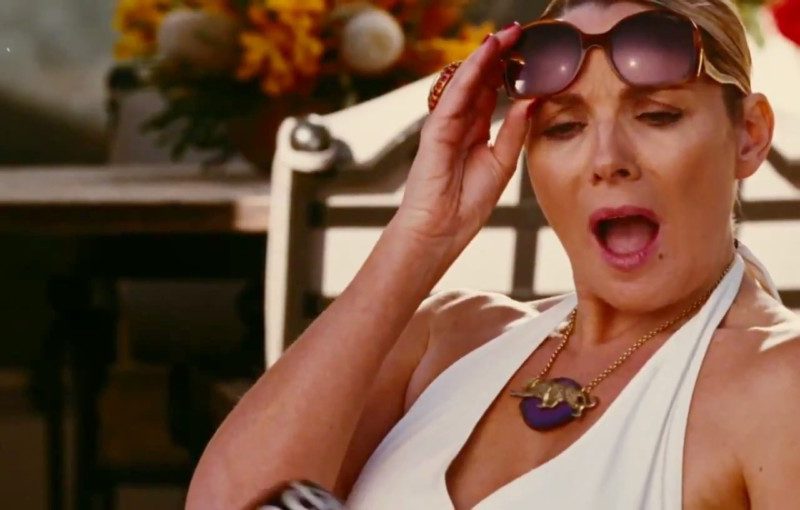 Remapping the language of intimacy into the way I have defined sexual liberation has been one of the biggest sites of my own feminist evolution. Growing up, I witnessed the spectrum of penalties that are imposed upon women who express their sexual agency. From slut-shaming to moral policing, women were (and are still) heavily taxed with social and violent repercussions for transgressing boundaries of acceptable expressions of sexuality. When I discovered the concept of sex positivity, the idea that women could reclaim their sexuality and express it on their own terms, I was enthralled.

Yet, I found that dominant models of sex positivity were either fashioned out of archetypes of playboys or white women such as Samantha from Sex and the City. Both models prize a highly masculinised expression of sexuality that excludes the many complexities that are embedded in the realities of other identities. For instance, even Samantha’s sexual expressions were derivative of what was acceptable for men. While it is empowering to portray that women have the right to express their sexuality in the same way men do, must we really model our resistance on an oppressive ideal?

In an article exploring the complexities of rape culture, Reina Gattuso says, “A lot of sex feels like this. Sex where we don’t matter. Where we may as well not be there.” She also argues that, “When we commit to having sex with another person, we also commit to their personhood.” Often, the narratives constructed around sex positivity are modelled off patriarchal values that do not center personhood, but the act of sex itself. We must remember that the act occurs in connection with a person. The dissemination of the concept of sex positivity is still controlled by a gendered structure that defuses the intimacy out of casual sexual interactions, resulting in a dehumanisation that is bolstered by the power imbalances of gender. The language of intimacy allows us to visibilise personhood and recognise that a sexual interaction is an act of closeness with another (or multiple) human being(s) and that closeness deserves to be treated with kindness and respect.

Growing up, dominant cultural symbolism around relationships suggested that intimacy was the domain of women. By intimacy, I mean the diluted and caricaturised version of it. The most common trope was of the ‘commitment phobic’ man and the ‘clingy’ woman who always wanted more. In such narratives, the woman would be reduced to a nagging partner who always wanted to “talk about it” and the man’s many attempts to circumvent the conversation would become the punchline. I believe that there is value in flipping this script from a feminist perspective. However, I also believe that since intimacy has long since been attributed to the feminine, and been ridiculed, a framework of defiance has rejected it altogether. As women, we are socialised to value personhood, and to be more fluent in the language of intimacy. In my opinion, that is a strength that fosters healthy sexual interactions and should not be dismissed.

I am not arguing for feminists to be held to a higher standard; women have every right to model their sex positive framework from dominant cultural symbolism that has prized the sexual act over personhood. But why should we not expand our activism to be more holistic? We know that the kind of sex positivity defined under the conditions championed by archetypes of men leaves enough ambiguities to reproduce power inequalities. As I mentioned earlier, there is value in flipping the script. But why should we stop there? Why not do better? There is value in engaging with the intimacy that exists in all our sexual interactions, no matter how casual they are.

As we move toward destigmatising the topic of sex for all genders, we should include the language of intimacy as we collectively create a new cultural grammar around sex. We must not lose this language, and its many intricacies, to the patriarchal appropriation of it. The language of intimacy allows us to frame and negotiate the contours of sexuality by centering personhood.

Cover Image: Samantha from the Sex and the City

Abhaya Tatavarti works in a diversity and inclusion firm in Bangalore, India. A feminist before knowing what the word meant, she graduated with a B.A in International Studies. She works with organizations to implement the Sexual Harassment of Women (Prevention, Prohibition and Redressal) Act, 2013. She believes that discomfort is an important process in generating change. She enjoys fitness, frankies and reading. Her favourite feminist icons range from Rihanna to Nur Jahan.