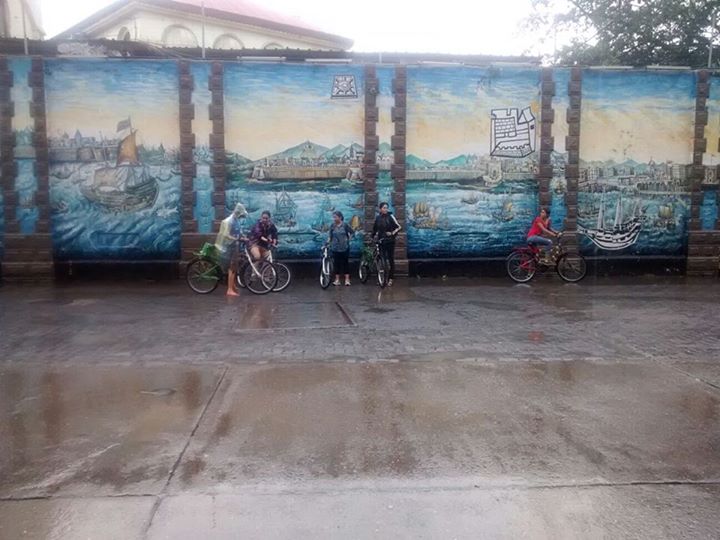 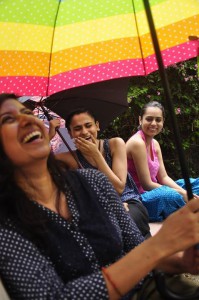 When one travels as a woman or indeed as someone who is not an upper caste, middle or upper class, Hindu, heterosexual, able-bodied, young male, one has to be just that little bit more careful because one is marked, by one’s location at some margin or the other, sometime multiple margins intersecting with each other or running parallel to each other often vying for first place.

A trip with a woman friend in the Hindi heartland first alerted me to how much one strategizes as a woman to be able to access public space. My travel diary from this trip became the foundation stone for a research project on women’s access to public space in Mumbai. We reproduced some sections of this diary in the book:

‘As two women travellers, or ‘laydeej’, we were well aware of the need to plan the minutest details. Our hotels and guesthouses were booked in advance. The train tickets were reserved mindful of delays. We could not leave before it was light or arrive after dark. Our clothes were chosen to be as little out-of-place as possible. As urban bal-kati auratein [short-haired women] we could not hope to blend in completely but nor did we want to draw undue attention. Interestingly, it was our very difference that sometimes kept us relatively safe – for despite being Indian women, we were clearly outsiders, not subject to the same rules as the women who lived there.

… That holiday passed off without anything worse than verbal harassment and strange and leering looks. Despite the pleasure we found in our travels there was a sense that as women we did not have access to the full range of travelling pleasures.

In Mumbai I find myself back on my local train route thinking about being back in familiar terrain. Our careful strategizing in the north brings home to me sharply how much I actually strategize even in my own city in order to be able to access public space.’ (Phadke, Khan, Ranade, Why  Loiter? Women and Risk on Mumbai Streets, 2011)

And so the seeds of a research project on women and public space in the city were sown. As a woman you are marked as automatically out of place in most public spaces, struggling hard to be invisible and still have a good time. In a variety of languages the terms used for transgressive women in public space are related to the act of being on the streets without purpose – strolling, roaming, wandering, straying, rambling – all terms that Rebecca Solnit (Wanderlust: A History of Walking, 2000) points out suggest that women’s travel is invariably sexual or that their sexuality is inevitably transgressive when it travels. It is the transgression associated with purposeless wandering that we took on when we suggested that one way for women to stake a claim to public space was to loiter. To hang out without intent and without necessarily doing anything productive in public space to suggest that women’s access to the public was not dependent on having something to do. We also argued that part of the anxiety around women’s presence in public space is the ambiguity then created between supposedly ‘respectable’ women and supposedly ‘unrespectable’ women. If we choose to loiter in public space, not as respectable virtuous women but as citizens, we could potentially transform the very nature of our engagement with public space, placing both the woman in the street and the street-walker on the same side. 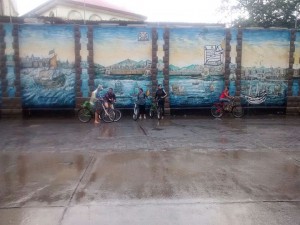 This year, three years after our book was published we encountered a group of women who had taken the ideas of our book and run with them, or more accurately loitered with them! An amorphous and expanding group of women led by Neha Singh and Devina Kapoor were loitering for pleasure in the city. They were hanging out in parks and at chai-tapris; they were riding bicycles in different parts of the city and reclaiming the night too. Most significantly for us they were articulating this as a political movement and posting pictures as an invitation to others to join them. They called it Why Loiter: The Movement. They have been loitering for five months now, every Sunday and they are already talking of expanding the movement. These young women have taken the ideas of the book and were having such fun with them while articulating a radical politics of change. 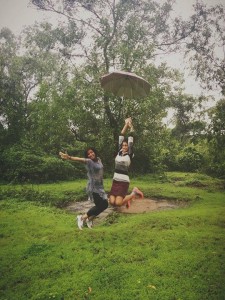 project was one that appealed to young women, including those who didn’t want to call themselves feminists. The idea that one can protest as well as enact citizenship by having fun was for them an irresistible thought. There is also a pleasure in loitering in public, a hanging-out that does not require you consume or spend money, thus reclaiming not just public spaces but also reclaiming pleasure from the clutches of a neo-liberal economy.

In the post December 2012 context the conversation on violence against women in public space has become one that is full of media narratives of danger. For women these narratives become yet another explanation for the restrictions imposed on them in relation to public space. This makes the reclaiming of public space ever more important, not as vulnerable clients seeking protection but as citizens claiming our rights.

Shilpa Phadke is a writer and an academician. She is a Professor at the School of Media and Cultural Studies at the Tata Institute of Social Sciences, Mumbai. She is co-author of the critically acclaimed book, Why Loiter? Women and Risk on Mumbai Streets (2011). She is co-director of the documentary Under the Open Sky (2017).