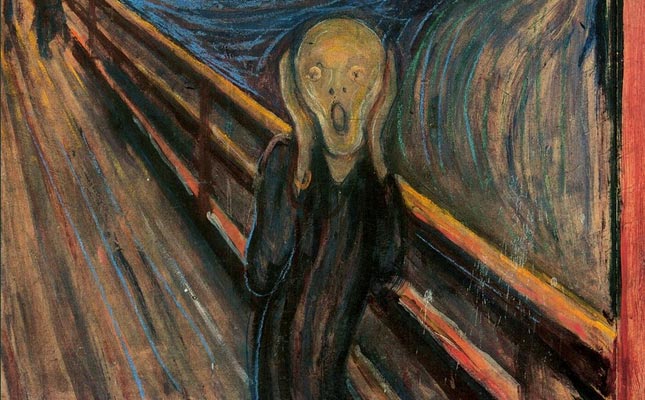 “Was I ever crazy? Maybe. Or maybe life is… Crazy isn’t being broken or swallowing a dark secret. It’s you or me amplified.”

The human mind is as fascinating as it is elusive. In our everyday lives we navigate a range of emotions that is closely linked with our perceptions of gender and sexuality. The way we sense our bodies, the way we see other people’s bodies, what we make out of our desires, pleasures, fears and anxieties can be mapped onto our consciousness, which in itself constantly changes shape in response to the culture, the gender politics and the society around us. In this issue TARSHI explores the connections between mental health and sexuality.

In the Issue in Focus, Shikha Aleya investigates the links between mental health and sexuality, through the story of Pinnari, a 19-year old woman who undergoes Art Based Therapy to overcome fears that stem from a history of abuse. As Shikha narrates Pinnari’s story, she explores our comfort with conversations on sexuality and mental health, highlighting the need to talk more openly about it, and talk about everything from pleasure to pain, from desire to abuse.

In the Interview, Sadhana Vohra speaks to Radhika Chandiramani about how “happy people are comfortable with their sexual choices and decisions. They are able to build joyful lives from that sense of connection with other humans.”

A large number of reports indicate that people identifying as LGBTQI suffer from more mental illnesses than others. Under the column Voices, Almas Shamim writes her opinion on the role of stigma in causing and exaggerating mental illnesses like depression and anxiety. This has been translated into Hindi by Dipika Srivastava.

In another article, Johnson Thomas talks about the helpline for suicide prevention run by AASRA based in Mumbai. He highlights the need to go beyond heteronomative ideologies and move into a more inclusive, feminist world.

Under Voices we also have an article by Sonal Sood on the importance of strong communication channels between people in a relationship. Ankita Khanna writes about mental health and child sexuality, exploring the difficult paths children with compromised intellectual capacities are often forced to take because of very little conversations about them. Rangana Rupavi Choudhuri shares her insights on alternative healing in her article describing Emotional Freedom Technique, a method that allows people to lead a holistic life.

A conversation on mental health is never complete without reflections on the father of psychoanalysis, Sigmund Freud. Tanisha Chadha does a feminist reading of Freud, to trace the roots of modern debates in his theories about the fear of and reverence for ‘the penis’. But that is not all what Freud had to say. While the stigma faced by the LGBTQI community is high, it is not at all uncommon to see prominent people discuss a ‘cure for homosexuality.’

In Brushstrokes, we feature an old handwritten letter from Freud, where he tells a concerned mother that homosexuality is not a mental illness. In the Video Page we have a short film which talks about the need to address discrimination toward LGBTQI people to promote mental health in any community.

Under Reel Review, Shweta Krishnan compares the female protagonists of Vishal Bharadwaj’s movies, Maqbool, Omkara and Haider to their counterparts in Shakespeare’s Macbeth, Othello and Hamlet, in an attempt to understand how ‘madness’ and female sexuality are explored in the modern, Indian renditions. Is ‘madness’ as it seems, she questions, or is it simply a paradox of the times?

We don’t feature an original I-Column this time. Instead we have put together two autobiographical pieces: in one actor Deepika Padukone discusses her battle with depression and in the other artist Reshma Valliappan writes an open letter to Deepika, sharing her insights on mental health and the struggle against illness.

In the Blogroll, we feature an extract of Reshma Valliappan’s book Fallen, Standing as it appeared on Scroll.

We also have some interesting pieces of information in the Corners: The Fact Box carries the story of why and how the American Psychiatric Association came to remove homosexuality from the DSM in 1973. We also continue to feature the #TalkSexuality campaign.