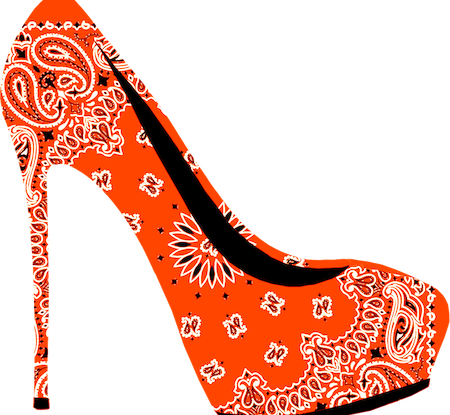 Popular culture is often regarded as being lowbrow, in contrast to what is regarded as high culture – painting, theatre, opera, literature and so on. That elitist view considers pop culture to be a sort of dumbing-down ‘opiate for the masses’. It well may be, but pop culture also includes things as varied as fashion, music, and comics, and each of these have a great scope for being tools not just of expression but of also of bucking the system, and even of outright rebellion. Having said that, it is also true that most pop culture represents the dominant views that are prevalent in a particular society at a particular time. Similarly, sexual norms are the ideas about what is regarded as acceptable in a given society at a given time. And of course, the two are inter-related, spinning off and reflecting each other.

But then again, as we said, pop culture can also be about bucking the system. And that’s exactly what Deena Mohamed is doing with her comic series Qahera, a hijab-wearing Egyptian superhero who is unafraid of calling out islamophobia and misogyny. Shikha Aleya interviews Deena Mohamed about a range of different issues including violence, feminism, social media and which comic art character she most identifies with. Closer home, Anannya Chatterjee writes about how the scripting of love in popular romantic TV serials and Bollywood movies, by creating a shared meaning-making system to make sense of the self and of romantic relationships, reinforces patriarchal heteronormative (obviously!) structures.

Pauline Gomes reflects on what growing up with Bollywood films’ unidimensional view of sexuality did to her sense of self as a young person while the Breakthrough Media Team looks at some contemporary Hindi films that break this mold and depict sexuality in a more complex manner.

Obviously, pop culture is not limited to Bollywood and TV serials and includes popular books, toys, and current fads. And so Shivangi Gupta recalls the Mills and Boon and Nancy Drew books, popular magazines and her own ‘unloveable love handles’ while Elsa Marie D’Silva writes about cartoon characters, nose jobs and Barbie dolls and Asmi explains why BDSM is not the ‘latest’ fad. Jayaprakash Mishra presents an interesting and nuanced review of Sandip Roy’s book, Don’t Let Him Know. And fittingly, to come full circle back to comics, in Brushstrokes we see how representation in comics can be more inclusive of the diversity that actually exists.

On the Video page we have a BBC short but hard-hitting film on what happens when the cream of British acting talent audition for a lady part who is more than just… lady parts. In the Media corner, Hari Sankar in a charmingly ingenuous manner speaks of love, text and a different sort of screen.

We also have the Hindi translation of two articles. One an article about dance being a way of reclaiming pleasure in public spaces, and the other, an article about sex and hypocrisy, that wasn’t quite ready for last month’s issue on Sex and Sexuality but it seems to fit very well here, as hypocrisy seems to be a pandemic, second only to corruption, and much encouraged by our popular culture!

Popular culture is not only about consuming mind-numbing trash; it can also be about creating alternative meanings. And so, in the mid-month issue we have Shweta Krishnan examining the place of political incorrectness in stand-up comedy, Rohini Banerjee talking about how fanfiction allowed her to delve into alternative worlds, and Danish Sheikh offering a different reading of a popular TV serial. In Hindi we have Salil Saroj’s poem questioning the patriarchal imagery created by popular culture about a woman’s life. We also have two Hindi translations; one an article about the deliciousness of the messy bits of ourselves that don’t quite add up into a neat little package, and another on the transgressive potential of humour. In the Blogroll section we have an article on the increasing representation of LGBT issues in Indian films and literature, another that questions whether romance novels are justifiably blamed for ‘women’s woes’, and one on cross-dimensional love. We also have a new translation of an older article into Hindi in the Navintam Lekh section.