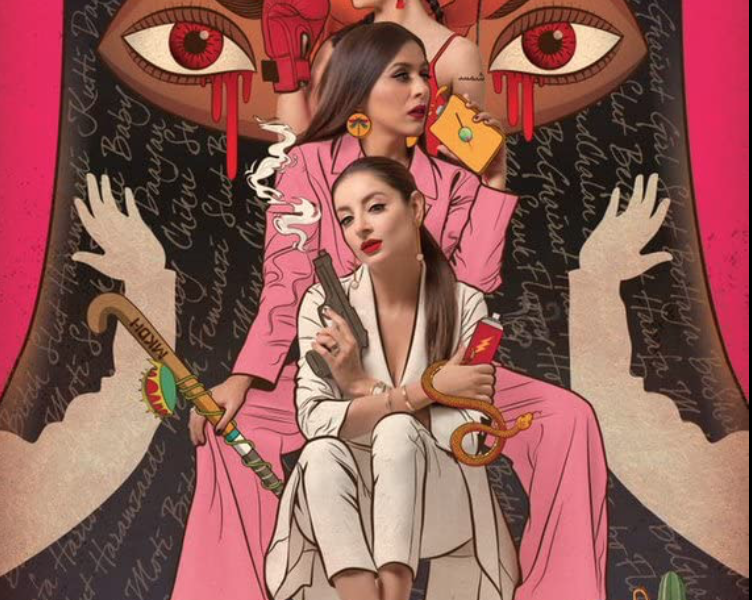 (Witch, Witch, this is my rebirth,

Witch, Witch, your story comes to an end) 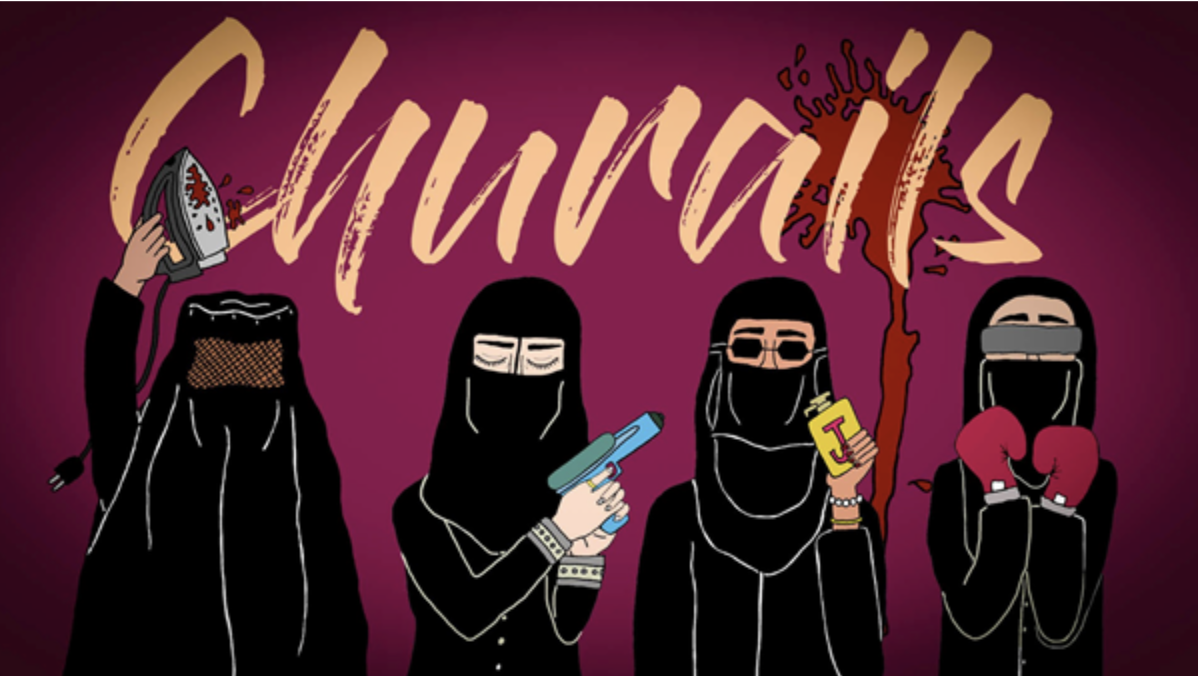 Churails, a Karachi-based mini-series, directed by Asim Abbasi, is a revolutionary account of four fearless women who band together to resist the injustices endemic in society. They begin an unconventional business venture disguised as a designer apparel store named Halal Designs, beneath which lies the real business of a detective agency investigating and unveiling the various adulterous exploits of wealthy husbands across the city. Although this endeavour is initially designed to challenge everyday instances of gender violence, it spirals into much deeper and murkier territory. The ten-episode show concludes with the women carrying out an exposé to unmask an underground operation run by the nation’s political sharks.

Through its unfettered lens, the show explores a women-centric perspective that breaks free from the shackles of respectability and acceptable modes of dissent. The women protagonists in the show personify the heroic aspirations of a majority of women who are subjugated by and frustrated with the male-dominated milieus that mould their lives. The recent ban on the series and its subsequent retraction in Pakistan make it necessary for us to revisit the themes it seeks to highlight.

The affluent founders of the detective agency, Sara (Sarwat Gilani), a former lawyer, and Jugnu (Yasra Rizvi), a wealthy wedding planner, are witty and resourceful. They distinguish themselves from their fellow posh socialites and undertake an arduous fight against patriarchy with their comrades. Sara’s character is first introduced while she is facing a conundrum: attempting to perform her familial duties while suppressing her radical desires. Through the course of the series, she evolves and  transforms into a determined feminist vigilante. Her cool demeanor is complemented by the trained boxer Zubaida’s (Mehar Bano), youthful spontaneity. The lionhearted Batool (Nimra Bucha), who is introduced to the audience as a villainous ex-convict, provides Zubaida refuge from her abusive household, and becomes the link between the women, bringing them together and sparking off what later becomes a mobilised movement.

“Ham sab kuch qanoonan karna chahtey the lekin pata laga ki qanoon to likha hi tum mardon ne hai,” (We wanted to adopt the legal route, but eventually realised that the law itself has been instituted by men)  proclaims Batool, bringing out the underlying thread that ties the collective. The four women are branded as Churails, witches or the ones who wreak havoc, and are brought together by an urgent need to revolt against the patriarchal actors governing their lives. Their inimitable personalities showcase their varied conceptions of insaaf (justice), enriching and intensifying the plot and, at the same time, reaffirming their solidarity and strengthening their unity.

Churails eschews typecasting male characters in a stereotypical fashion, and highlights the disparities between bourgeois men and their working-class counterparts. The Churails’ chosen allies, Shams (Kashif Hussain), Dilbar (Sarmed Aftab Jadraan), and Inspector J (Fawad Khan), traverse lanes and nukkads with them and wage relentless crusades against oppressive structures while the rich and powerful are busy capturing highways in business and politics. The women’s rallying cry, ‘Mard ko dard hoga’ (Men must bear pain) is selective in the  mard (men) and mardangi (masculinity) it wants to stand against. This is perfectly encapsulated in an interaction where the dreadful Chacha Ji (Uncle) instructs Shams to ‘take care of the women’, only to be double-crossed by the women aided by Shams, later in the episode. The show doesn’t have the men representing the movement, and carefully portrays them as allies, lending support to the leading women.

The plot and characters are complemented by Abbasi’s masterful direction and cinematography. The intricate twists in the tale, especially as it unfolds in the Nihari scene, leave the audience in a perplexed state only to finally reveal a shocking secret. Additionally, each episode is introduced through shots of four boys, presumably the past selves of the elite now grown up men, giving us a glimpse into the germination of their sociopathic and misogynist tendencies.

Churails haunts the audience in an unexpected fashion, avoiding stereotypical jump-scares and spooky mansions, instead, relying on creating an eerie undercurrent and a spectral atmosphere that engulfs the viewer. This sinister aura is augmented by the show’s soundtrack, especially the captivating theme song and the accompanying animation sequence, which poetically foreshadow the events that take place in the story. An addition to the memorable score is a disturbing lullaby sung by a supporting character in remembrance of a daughter she can never mother.

The narrative culminates with answering all unanswered questions, leaving the viewers with a rich archive of symbols to decipher and ponder. Divorced from the popular media containing overpowering male voices, from the likes of Mirzapurto Paatal Lok, Churails offers a ground-breaking experience that will leave the audience in deep contemplation. The courageous women inspire the dormant Churails within us all.

The insidious attempt by the State to oppress marginalised communities and erase their narratives and thus their visibility in order to further its hypernationalist agenda depicts the ‘threat’ that such revolutionary visions pose to entrenched social norms. It is also indicative of how seemingly independent and liberal platforms ultimately fall within the State’s purview and control when it comes to censoring autonomous women resisting religious masculine dominance. The ban on the series concretised the notion that such a subversive, women-centric series stands apart from mainstream box-office media and deserves to be condemned, for its bold choices. The proscription of the series penalized the labour and innovative vision of the makers of the show and the diverse talent of its cast. It was meant as a warning to filmmakers and artists to discourage them from creating progressive media that transgresses entrenched social norms. However, the uproar that the ban created led to its retraction and perhaps is a happy rejoinder to a patriarchal state that the Churails will prevail!

Nupur Paliwal and Saloni Mishra are students of law in O.P. Jindal Global University. They are interested in socialist politics and literature. They harbour a keen interest in browsing through old Soviet posters and can be found lurking in the corners of the bird app.