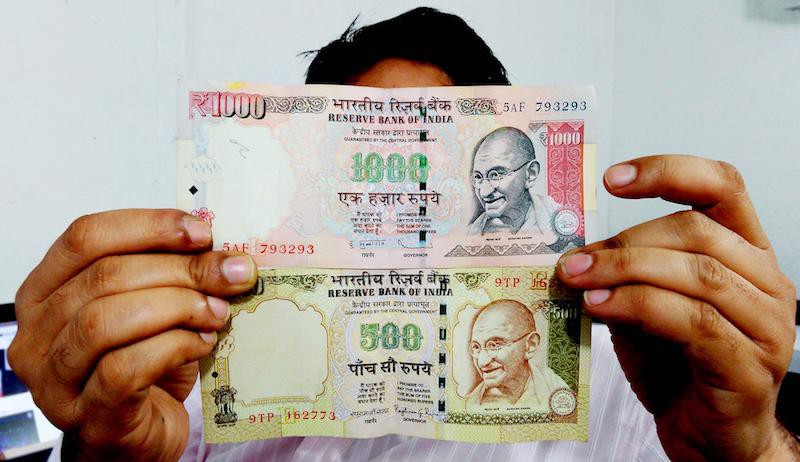 How did demonetisation[1] affect markets for sex work? There are two ways of engaging with this question. Firstly, sex workers form part of an enormous labyrinth of informal labour in India, which accounts for over ninety percent of the labour force[2] (Shakthivel and Joddar, 2006). From this perspective, the impact on sex workers was no different from that on others. The general set of problems remained consistent across the informal markets: participants grappled with the dual problems of how to access valid money and what was to be done with their small scale savings of invalidated notes. The sudden withdrawal of money affected day-to-day business, given their reliance on cash transactions. Both occupational and personal finances were strained due to limited access to mainstream financial systems. While remaining cognizant of this generic set of constraints, the question for us was whether sex workers’ experiences of demonetisation were any different from those of other informal labour participants. Through fieldwork and interviews in Budhwar Peth, the red-light area in Pune (Maharashtra, India), we explored such a possibility.

In Budhwar Peth, the 8th of November, 2016 was a regular day of business. Even as the sex workers were getting ready for a night of business, the news on demonetisation broke out. The initial reaction was of uncertainty. The women couldn’t perceive the broader ramifications of the event for their business. The consequences were to unfold in the days to come.

“Initially, the customers insisted that it was okay to accept the old notes. We were reluctant but they persuaded us.”

Progressively, within a few days, they were stranded with invalid notes which had no value in their day-to-day transactions.

“I just had one 100-rupee note which became too precious all of a sudden. I looked at it and kept it hidden against my chest again I looked at it and kept it back. I didn’t want to spend it… I had no grocery at home but we didn’t have money. I mean we didn’t have Rs 50 or 100 with us. Most of us had bigger currencies which were now redundant, so, in a way, we were starving even though we had money.”

Within sex work, the immediate effect of notebandi (demonetisation) was felt on the spot rates (the rate, negotiated at the time of soliciting, at which a sex worker agrees to render sexual services to their client). In Budhwar Peth, the typical rate for sex work could range between Rs 150–300 per act. With lower denomination notes suddenly at a premium, the bargaining spread widened. For a transaction to go through, sex workers had to be ready with lower denomination notes, which was a difficult proposition. Or else, they had to engage only with those customers who came with the exact cash, which was rare. These constraints led to a contraction in the volume of business. In some cases, the women had to opt out of business or were compelled to operate at a price determined not by the bargain but by the availability of money. Younger sex workers, who had a better chance at attracting customers, were better off in managing the cash flows. The same was not the case with middle-aged and older sex workers, who bore the brunt of notebandi.

While the elimination of black money was one of the state-professed intentions behind demonetisation, the informal markets became sites both for the parking of black money as well as the generation of it. Within the Budhwar Peth area, a parallel clandestine market for cash emerged, where old notes could be exchanged at a heavy discount. Sex workers typically saved in higher-value currency notes. Among the respondents interviewed, individual savings were in the range of Rs. 5,000–20,000. They could be exchanged at a steep commission of twenty percent, leading to gross devaluation of savings. Multiple informal players –money lenders, on-spot money changers, petty shopkeepers, brokers – used demonetisation as a means of money-making at the expense of the workers.

Given the lack of regular business, sex workers, too, were compelled to scout for money-generating alternatives. Ironically, access to the formal banking system was one such channel. For the few sex workers who had a bank account, this became the means to generate income.

“I didn’t have any money of my own but I had a bank account. When my friends were anxious about managing their cash, I offered to keep it safe in my account in return for a commission. I feel bad that I charged money from my friends but I was not earning anything. I couldn’t starve, could I?”

In some cases, sex workers charged a small commission to stand in place of other sex workers in the bank queues. As a demonstration of the creative resilience so commonly found in the informal labour markets, a host of such survival strategies were invented.

The disruptions in sex work due to demonetisation were not merely about the cash crunch though. Probing deeper, the real problems were to do with a breakdown in the rituals of soliciting, and what it meant behaviourally for the women. As stated poignantly by a sex worker:

“Though I was starving, for weeks I stood at the roadside all day dressed up and in my make-up to draw a customer. No one had any money, no one came to me.”

In the normal course of business, sex work thrives on a creative display of sexuality. A sex worker uses her body language and attire to tempt a potential client. The lack of money rendered these skills of soliciting ineffectual. The background preparations, the dressing up and public presentation of self had to continue nevertheless. As we understand, this psychological switching on and off in anticipation of customers with valid money was the difficult part. In other informal markets, credit lines were extended to customers given the shortages of cash. Such an option didn’t exist for sex workers; sex on credit was no different from sex for free.

The authors graciously acknowledge the support extended by Tejaswi Sevekari and staff members at Saheli, Pune (www.sahelisangh.org) in conducting this research. We sincerely thank all the respondents who spared their time with us and offered their insights. We would also like to express gratitude to Dr V. Kalyan Shankar for his suggestions and contributions towards improving the paper.

[1] On the evening of November 8th, 2016, the Government of India announced that ₹500 and ₹1000 notes will cease to be legal tender with immediate effect from midnight that same day. The move was aimed at controlling unaccounted-for black money in the country and also to prepare the nation towards cashless plastic economy.