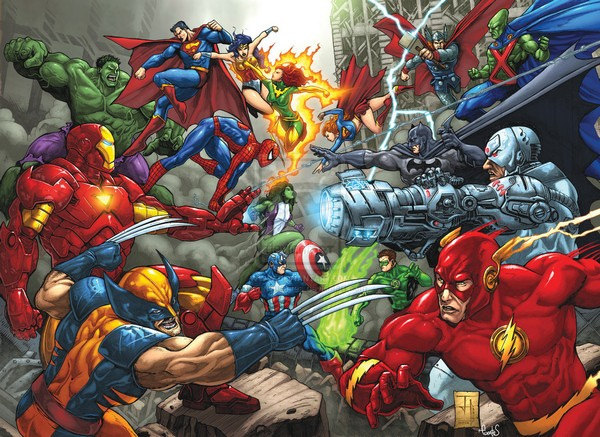 Not many of us in India had heard of the Beta revolution or the Incel revolution till a few weeks ago. The terms have been coming up in the news after a 25 year old Canadian suddenly drove his van onto a busy pedestrian area in Toronto in April 2018, mowing down a dozen and more people, murdering ten people in the process. His social network history suggested that this random terrorist act was not one of a political or religious nature, but was really coming from his conviction that a Beta Revolution was on its way, and that Incels needed to act for themselves to assert their ‘rights.’

Incel stands for Involuntary Celibates, and the Beta in Beta Revolution stands for men who are not ‘Alpha’ males, or the guys who aren’t getting the first pick of what they think the world has to offer in terms of sexual opportunities. To their way of thinking, Beta men are those men who are not as much of a ‘prime catch’ as Alpha males are as far as looks and abilities go; Alpha men attract women to themselves, including ‘Beta women’ who supposedly use make-up and fashion to up-sell themselves, and thereby deny Beta men their ‘rightful’ women. Men like these who lack opportunities (or skills) to find a sexual partner call themselves ‘Involuntary celibates’ – they don’t necessarily want to be celibate, but believe that women are just not ‘available’ to them. That it may have more to do with their lack of social skills rather than anything else does not appear to strike these Beta men.

All the terminology aside, when I think about it, there is really just the one question that comes up for me: How does sexual frustration become an ideology that can trigger someone to mow down strangers in an act of violence?

In my work as a counsellor and as a mental health professional, I talk sex a lot with my clients. Sex and sexuality is an important part of the work of any mental health professional. It comes up in all kinds of contexts such as attractions, longings, sexual functioning, infidelity, loss of libido, sexuality differences, quirks, compatibility within a marriage, and so on. Sometimes, it also comes up in painful ways as histories of abuse, assault and rape.

There is no doubt that sex and sexuality has a lot to do with an individual’s personal mental health. When an individual’s sexuality is repressed or in any other way hurt, it can leave them with significant psychic scars that may affect them in their personal lives and relationships, as well as professionally and socially. Sexual abuse especially is hurtful. It doesn’t affect just the sexual aspects of the person abused, but their whole selves. When a child goes through sexual abuse, it is particularly abhorrent. The impact of abuse is often such that the abused person ends up repeating patterns they were subject to as a child when they are adult, thereby perpetuating cycles of victimhood. On the other hand, healthy understanding of one’s own sexuality, being able to express it safely and sensitively by ourselves and/ or with consenting partners, finding one’s sexuality acknowledged, validated and even encouraged – all this and more have a lot to do with how a person feels about themselves and helps them feel secure, confident and active.

While we have come a long way from the singular Freudian focus on sexual energies and reducing most mental health disturbances to sexuality, there is no doubting its significance for an individual’s wellbeing. The approach is a lot more holistic now. When someone presents themselves as sexually frustrated, we work with them through education, permission to experiment, coaching on handling rejection, developing coping skills, social skills and so on, and over time they develop better ways of dealing with their sexual desires even where such desires may not be fully met by a partner for whatever reason.

Thanks to the Internet and its abilities to create and support communities, people can and do find support and solace. Even the terms ‘Involuntary Celibates’ and Incels appear to have started in such a fashion, with a woman seeking support for the particular kind of loneliness that she was facing. However, as things often happen, it morphed into the dark and ugly monster that produced the Toronto Van attack.

Having gotten introduced to the terms through that attack, I was curious to see whether there were Indian avatars of these. A quick Google search shows that while it is indeed quite a widespread, even if subterranean and largely online-only phenomenon, there wasn’t much on India.

How come we don’t hear of Indian Incels? Where are the Indian Betas?

It isn’t that the Indian space is immune to such deep-seated feelings of sexual frustration. If anything, there is more than enough evidence to show that we are indeed quite a sexually frustrated society – there is no open conversation on sex or sexuality at any age, some forms of sexual expression continue to be illegal, gender-based segregation is the norm even in schools and institutions that are supposedly co-educational. We have the police and goondas who take offense to seeing a couple even hold hands in public places. Morchas are taken up to curtail something as simple as celebrating Valentines Day.

Is there an Indian Beta Revolution brewing?

In India both men and women are expected to be celibates in our marriage-driven culture. Sexual activity before marriage is certainly frowned upon, and once married, sexual expression outside marriage is not OK. Given the increasing age at which people are getting married, especially in the urban centres, that leaves a lot of people celibate for much longer than they would wish, and certainly for many of them, years of active sexuality are spent in enforced celibacy or in keeping up an appearance of it.

Amongst all the floating dots, are there any connections? The ‘Love Jihad’ is potentially a version of such a revolution – the fear possibly not being just one about religious conversion of women, but just about appropriation of women, who are becoming ‘scarcer’. Then there are the issues of the collapse of the arranged marriage system as seen through increasing separations and divorces, and that gets blamed on mobile phone usage, the Internet and all-around increased exposure to modernity that makes women more conscious of what is possibly available for them. Early in May 2018, a politician pushed for early marriages of women, just to avoid such scenarios.

Many commentators have speculated that the increasing sexual violence and cases of rape are a symptom of the increasing sexual frustration of the Indian underbelly going unaddressed. The number of children reported as having been raped and then murdered has been skyrocketing – and in many such histories, it is more and more alarming to find that under-aged boys or young men are involved such as in recent incidents in Bihar, the Kathua case and many others. And then there are communities of young men networking through WhatsApp and other mobile social groups finding each other to jointly prey, as evidenced by reports of a 20 year old being arrested along with his four accomplices for running an online child pornography racket.

It is not that this is a particular set of people who are ‘depraved’, and despite communal and other angles being attributed to these incidents, they really appear to be part of a larger issue. We observe this in news reports that cut across regions, religions, class and societies in India. While lack of suitable employment, forced migration and young adults finding themselves suddenly thrown into a cultural milieu very different from their own may partly account for some of these outbursts of violence, the increasingly younger ages of the perpetrators of sexual violence shows that this is a larger structuralissue. This is a deeper crisis of masculinity, of a warped sense of entitlement and a culture that often shields abusers rather than holds them accountable. This is not to excuse individual responsibility but there is also no wisdom in evading social responsibility.

In some ways, perhaps this Indian Beta Revolution, is already on and has just not been named. By not being mindful, maybe we are spawning an Indian Beta Revolution amongst mummy’s spoilt betas who believe that any vulnerable person, be it woman, girl or child could be theirs for the picking.
One wishfully hopes that thisis perhaps the last big gasp of patriarchy seeking to reassert itself in its dominion over the discourse of sexuality and society, or like in the horror movies, that one last swipe of the zombie before it is forever put down.

Are we teaching and practising empathy and compassion that cuts across class, community and gender barriers? Are we acting to lessen feelings of frustration and alienation and to increase feelings of belongingness and wellbeing? If not, we will have a public health crisis in the brewing.

Mahesh Natarajan is a counsellor at www.innersight.in, and an occasional writer, mostly of #veryshortstories on his Facebook page in addition to his book of short stories, Pink Sheep. He lives in Bangalore, India with his partner.