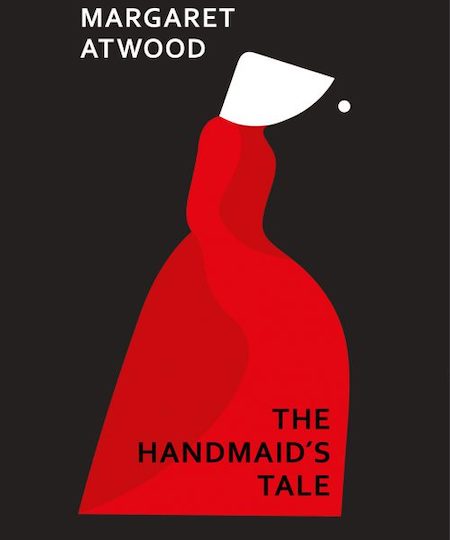 The Handmaid’s Tale, Margaret Atwood’s feminist dystopian novel first published in 1985 by McClelland and Stewart in Canada, is a landmark text as it altered the landscape of feminist discourse for the new century.

The TV show based on the book premiered in 2017 and caused ripples as expected because it brought the women’s sexuality and reproductive rights debate right onto our phone screens and into our living rooms. It further radicalised the original thought behind the dystopia: “fertility trumped everything.” The TV series also extended the metaphor of “sexual/reproductive slavery”.

Reading the book a few years ago and now watching the TV series based on it, I realised how women’s sexuality is deeply rooted in their reproductive function and how this “power” to procreate becomes the decisive factor in their sexual pleasure too.

The Handmaids don’t even have a name of their own; each Handmaid is given a name that starts with the preposition “of” followed by the name of the Commander who owns them and their womb. Their given names thus symbolise that they are not individuals or human beings, but instead someone’s property, mere objects belonging to a master.

The book goes into great detail about the extreme sexual coercion of the handmaids whose chief function it is to produce children for the Commanders out of pleasure-less timed sex. Other issues like no access to contraception and why women must not “enjoy” sex have also been explored.

The issues of diverse sexual identities like that of the woman of colour who is a lesbian and a lesbian couple who are parents are also explored in tune with current times in the TV show. These may not have been so relatable back when the book was published, but are now a fact that cannot be overlooked.

What is heart-warming about this tragic story of oppression is that there are also love stories of resistance in the same text. The main protagonist is a white woman in love with and married to a man of colour before the inception of the current totalitarian republic of Gilead. Even in oppressive times there is love between a driver and a handmaid, and also several same-sex relationships.

However the main trope of the text remains sexual intimacy and its various aspects. It is important to observe how the handmaids perceive sex, and at one point June/Offred says:

“I do not say making love, because this is not what he’s doing. Copulating too would be inaccurate, because it would imply two people and only one is involved. Nor does rape cover it: nothing is going on here that I haven’t signed up for. There wasn’t a lot of choice but there was some, and this is what I chose”.

The women are clearly divided into classes – the commanders’ wives mostly infertile or middle-aged women wearing teal blue; the commanders’ daughters being groomed to be future fruitful wives wearing pink; the aunts – senior law-enforcing and trainer women wearing browns; Marthas – housemaids wearing grey; econowives – married to men lower in the hierarchy than commanders wearing the same grey as Marthas; women of the Jezebels – the sex-workers, and finally, the Handmaids – the productive women wearing red, the colour of menstrual blood, of fertility, meant to bring forth children for the infertile republic.

Women of lower classes who can’t become pregnant are labelled as “unwomen” in the text and the word kind of sums up the hyper-glorification of motherhood and womanhood being equated solely to their power to procreate.

Gilead attempts to desexualize society and make it ideal by burning not only pornographic movies and magazines, but also even remotely sexual items such as women’s magazines. They aim at making people “fulfil their biological destinies” and “return things to Nature’s norm”, that is, to live for the sole purpose of repopulating their “barren” nation. What is repulsive is that something as gruesome as non-consensual sex is called “ceremony” and given legitimacy and “forced sex” is ordained as a better choice than “forced labour”, though the fact remains that this choice is actually no choice at all.

Sexual politics and hierarchies indeed define a lot about all our other social structures like family and religion. This book delves into the rather precarious territory of women’s sexuality and fertility, how it is both their power and drawback in an increasingly feudal world that wants to propagate the race and hence wants to control their wombs. It also focuses on what morality is and who defines it, especially in regard to a woman’s body, menstruation, how many partners she has, her sexual orientation, and paid sex.

In offering the contrast between pre-Gilead times where women were responsible for their own sexual choices, and Gilead where all sexual decisions are made for them by the government, Atwood voices the lack of space and affirmation of rights for women in each kind of system.

The Handmaid’s Tale leads one to re-examine these two forms of social hierarchy that women have to navigate: one where they apparently have equal sexual rights as men but have to bear most of the brunt of unwanted pregnancies, reproductive burdens and the like, and the other extreme where their decisions including those about sexual identity and procreation are institutionalised and they are robbed of all agency and autonomy.

Do women have a third choice?

Pooja Priyamvada is an author, columnist, professional translator and Content and Social Media consultant. She is also a bi-lingual blogger. Both her blogs have been awarded several times consecutively at the Orange Flower Awards and she has been associated with reputed national and international online addresses. Her translation titled A Night in the Hills, a collection of short stories by Manav Kaul has been published by Westland Books recently. Her book Mental Health: A Primer is available on Amazon Kindle. Her areas of work are mental health, sexual wellness, gender and marginalization, and her favorite mediums remain poetry and theatre.