Blog RollCategoriesFeminism and Sexuality
This article was originally posted in the Feminism in India blog.
Feminism has earned a bad name for itself in recent times, so much so that “oh, you’re a feminist”, is supposed to be an insult. Feminists are supposedly man-hating witches and bra-burning lesbians, something which actually never happened in the feminist history and was just a symbol.

A lot has been said and unsaid and we have tried to explain feminism 101 multiple times. Apparently, it’s never enough. In a bid to yet again explain what is feminism and what it is not, and bust some common myths around it, we have started a new poster series called #MondayMythBusting.

Each month, we will run a series of myth-busting posters on a particular topic ranging from feminism 101 to sexual rights, from rape apologists to menstruation myths, to debunk the myths and destigmatise the issue. Without further ado, we present you the first series of #MondayMythBusting – myths about feminism. 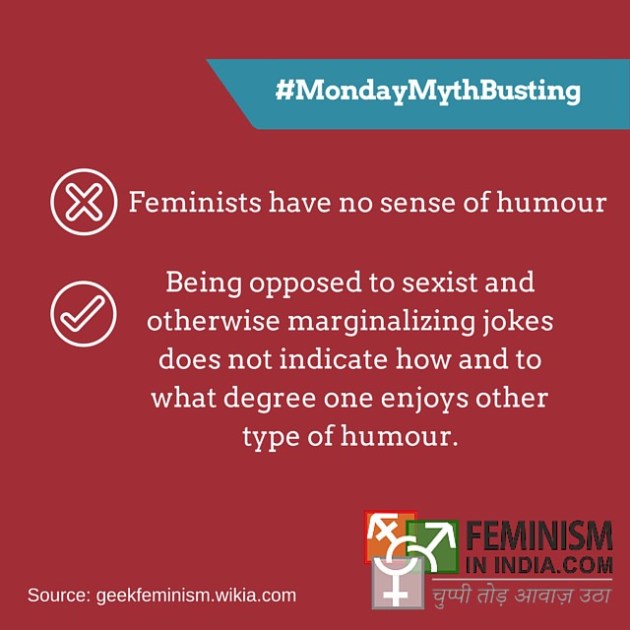 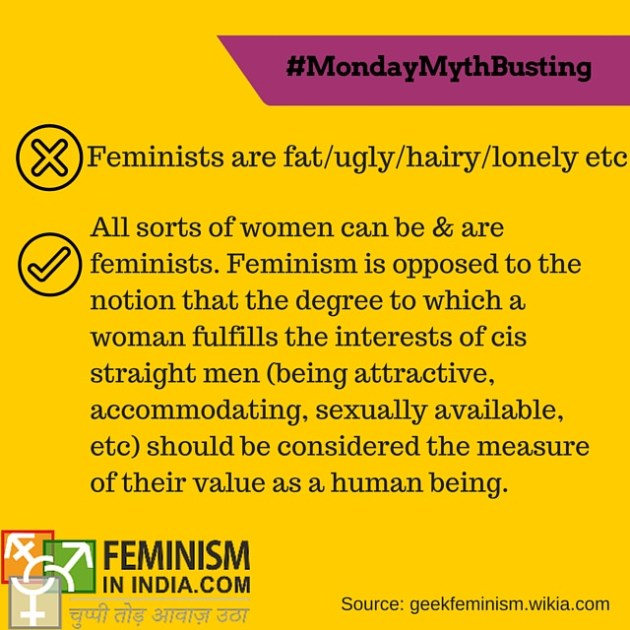 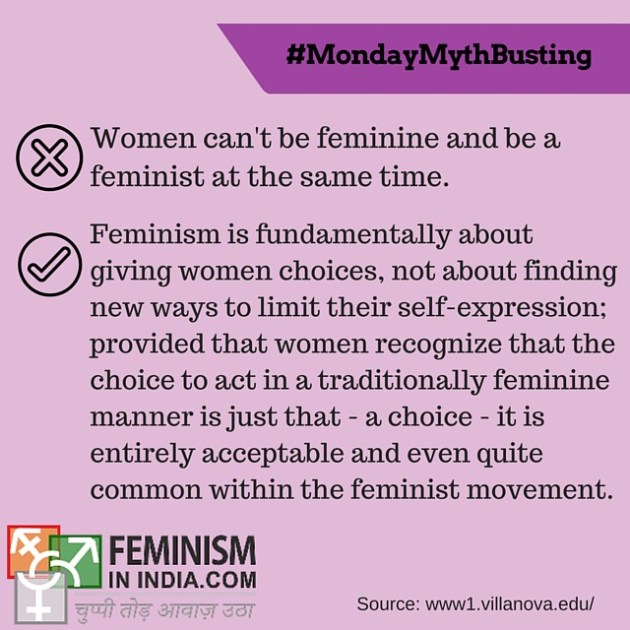 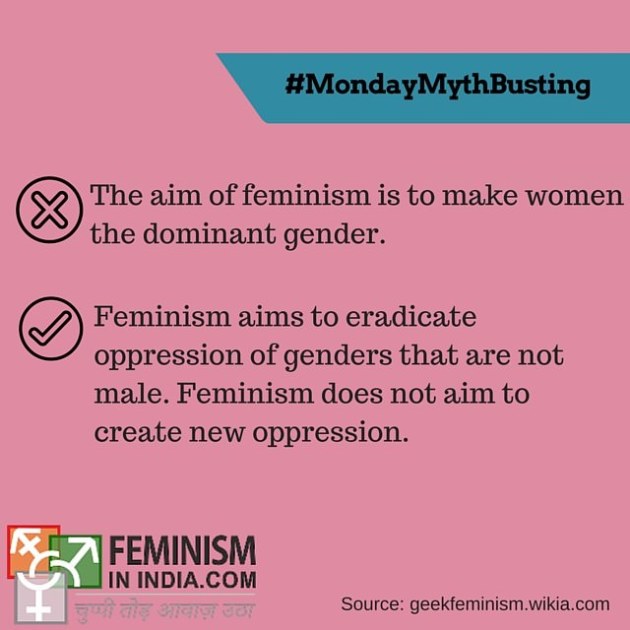 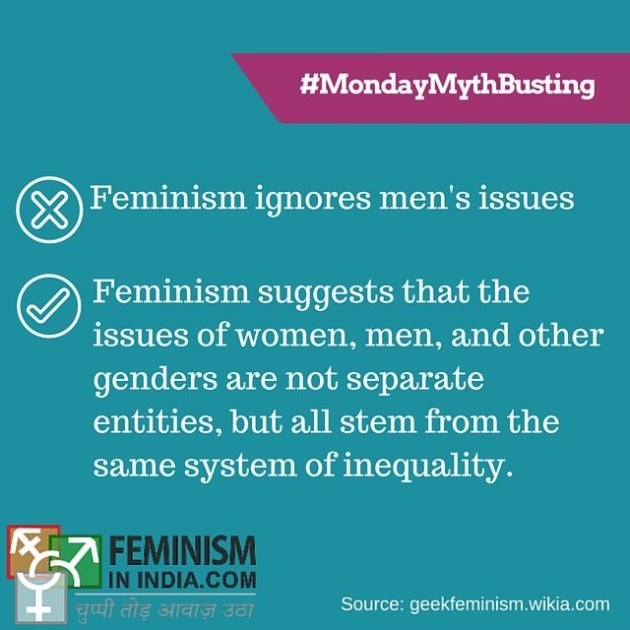 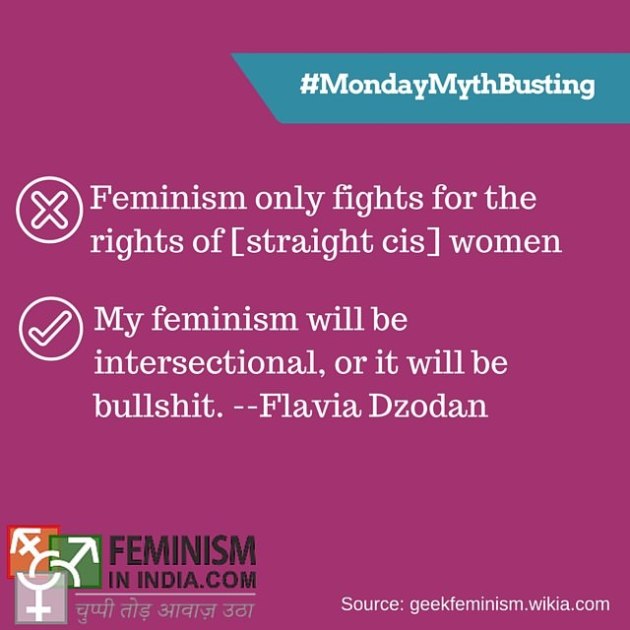 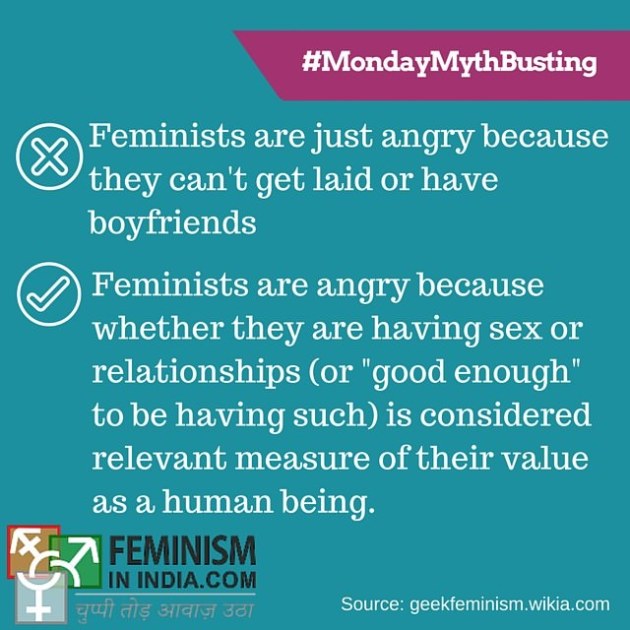 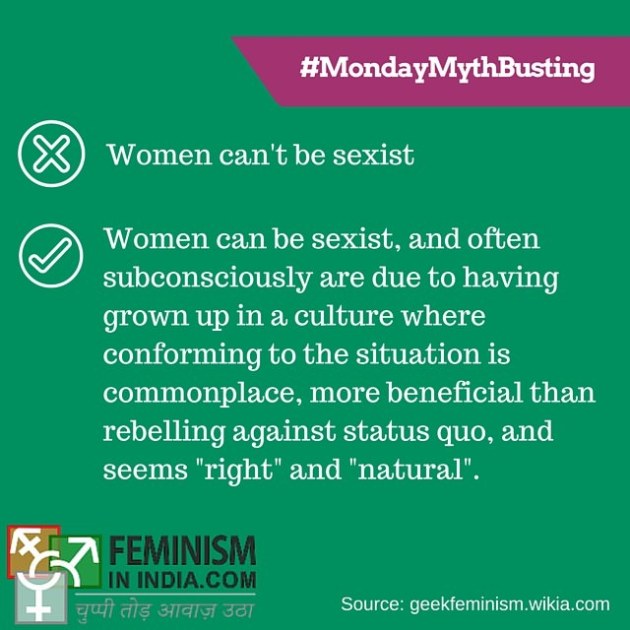 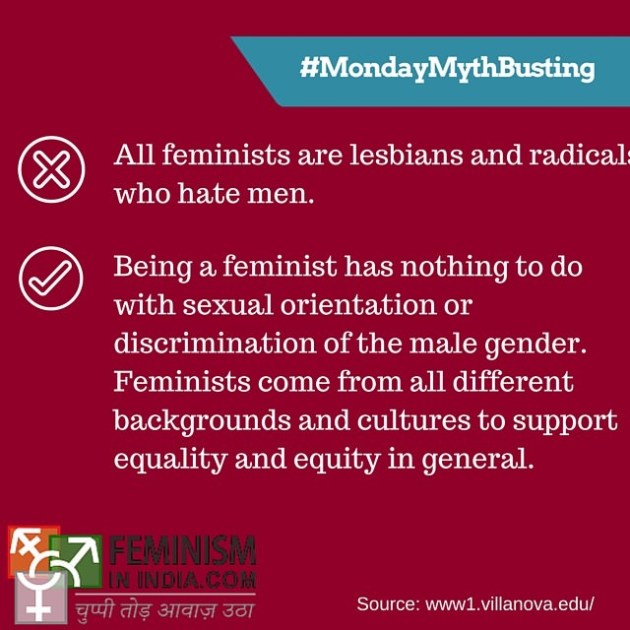 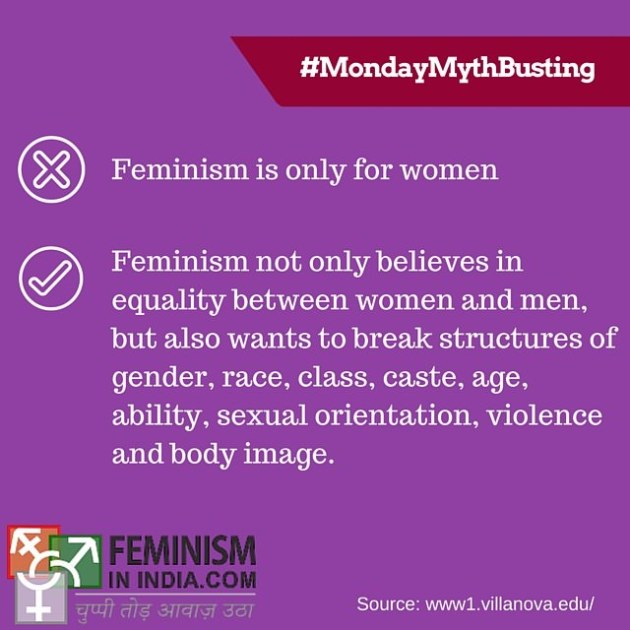