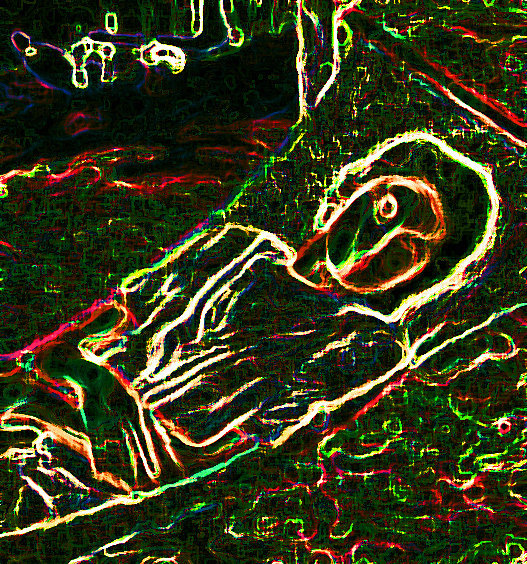 For as long as I can remember, all I wanted when I was a child was to be invisible. I wanted to disappear so that no one would notice me. Why did I want that? Because maybe if they didn’t notice me, I wouldn’t have to hear the words they flung at me– ‘homo’, ‘gay’, ‘girl-y’, ‘50-50’, and so many others, in English, Assamese and Hindi. Now that I look back, I realise I was living in perpetual fear of being abused and hurt. The words were weapons, like a stick or a cane, wielded to inflict hurt. Even now, in spite of being a proud and out queer person, it’s not like I have forgotten what the sound of those words was like for me once upon a time. And the strange thing is I now see that back then, while I wanted to disappear, I also craved for approval. It’s that double-bind that makes my past and this web of words so hard to untangle.

I grew up in the 1990s in an upper-middle class family in Guwahati. When I was enrolled in the Kendriya Vidyalaya in Khanapara, it was the boys who used to casually remark that I was ‘like a girl’ because I played with the girls and I had a high-pitched voice. Yet I liked playing sports and spent most of my time outdoors playing, both activities that boys typically do. My classmates did not know what to make of me, but in that school I had a group of friends who were the only friends I ever had through my school years. When I was thirteen years old, I transferred to a private school called Maria’s Public School where I routinely faced verbal and physical abuse. But again, it wasn’t until much later that I could conceptualise it in these words– abuse, harassment, molestation, assault. Without the knowledge of these words, I simply normalised the violence that became an everyday part of my life for the next few years. I internalised all of it without complaining about it or fighting back because everyday humiliation sometimes cannot be fought back and I believed that the fault must have been mine. I hated being called ‘gay’ or ‘homo’, and these words and its signification became the reason for so much of my suffering. The words became associated with being hated, not being who you are supposed to be, and being worthless.

Guwahati was on the brink of rapid commercialisation and my schoolmates were from affluent backgrounds. In Maria’s, your standing among your peers depended on your ‘appearance’. This was based on the brand of clothes you wore, the chauffeur-driven car that dropped you to or picked you up from school, and how well you spoke English. Language was key, whether it was verbal or visual. Even though I came from a certain kind of privileged background, I neither had fancy clothes nor money in my wallet, and my English was far from fluent. And since I was of a small build with dark skin, I was an easy target for various kinds of bullying that ranged from being called out for my darker skin, my body, my behaviour, etc. (Things at home were not very different.) It was during this time that I came across a more layered word for myself, ‘effeminate’, which I did not like, but at least it gave me a word to understand what was supposedly ‘wrong’ with me, and hence gave me some direction on how to align myself towards accepted gendered and sexual behaviour.

Even then, I never had a chance at Maria’s because I was relentlessly targeted from the very first week. Going to school was nothing less than torture that no child should ever have to go through. Moreover, the teachers knew what was happening (so did my parents), but, by not actively creating a safe environment for me and my fellow students who were bullied, they too became enablers of the abusive and toxic masculinity displayed by teenagers. My greatest disappointment was that a few of my classmates who were complicit in what was happening were my cousins and children of my parents’ friends who I regularly met outside school. In fact they enabled it, normalised it and turned a blind eye to the complete disintegration of a young adolescent in school, as well as outside of it. In the years that I was there, I existed in the shadows, always running away from a group of boys who would verbally and physically abuse me for their entertainment. And it hurt every time because of the viciousness of the attacks, at the rapid pace at which it kept coming and the casualness of it all. It was an everyday affair, and worse, it came across as justified to everyone, including me, as the consequence of the lack of ‘normal’ and ‘manly’ behaviour on my part.

As I reflect on what I had actively buried and tried to constantly forget, I realise how crucial language was in defining how I viewed myself. The verbal abuse and bullying became my identification with non-normative behaviour, homosexuality and queerness. This negative identification contributed to an understanding that I had to be anything but those things. It defined non-normativity as taboo. And it created a very complicated and knotty understanding of what it is to be ‘gay’. It is not just about sexuality but also largely about gender; that to be gay is to be a non-man and that if you are not masculine, you could be any of the following: ‘gay’, ‘homo’, ‘hijra’, ‘girl-y’, ‘50-50’, someone who ‘likes-to-get-fucked’ or ‘take-it-up-the-ass’, or a permutation-combination of any of the above. So I wondered, who was I? Who should I be? Who was I supposed to be? I was confused, and this confusion lasted for many-many years, and the remnants of it are still here. Language, whether verbal, gestural or visual, often conflates gender and sexuality, gives them meaning and also defines what is socially acceptable behaviour.

Because of this, I never had a smooth understanding of my own identity or sexuality as I constantly aspired to be masculine and straight. It was simple and straightforward. I remember looking at myself in the mirror often and telling myself that I am a boy, and I am better and I will be better than anything that I was accused of being. However hard I tried to be ‘normal’, the assaults did not stop. This hallowed hall of masculinity somehow eluded me till I was in University, and I came to the realisation that I did not need to aspire anymore to belong to the ‘boys club’ or be normative as I found friends who accepted me.It was not easy, but I finally was able to begin my rather belated journey to figure out my gender and sexual identification, and to undo and break the power of all that I had learnt, and all of the words that had been used to torture me. How long did it take to turn these words around? Perhaps a decade, or more, and even now the power of these words over my life and how I remember my past make me realise how language can be so casually violent. And there are wounds that we cannot even see or completely know how deep they run, to check if they are indeed healing or if they will ever heal.

Critical works on language, gender and sexuality by scholars such as J.L. Austin, [1] Judith Butler, [2] Michel Foucault, [3] and many others started important conversations on these topics overlapping with discourses on power and performativity. They gave me the language to look at myself and understand my subjectivity anew. I discovered a large volume of critical writings that has been published from all over the world that has provided grounded and subjective voices to a variety of lived experience. These voices were crucial because the very same words that disempowered and disenfranchised me, and left me with a narrative of victimhood, began to also not just mean what they meant earlier. As I read more works on gender, sexuality and feminism by South Asian scholars as well as Western writers, my laborious and time-consuming process of reclamation began. It was language and words that for the longest time had suffocated me, but then it was also the words which I learnt to speak with my fellow beings that has given me a language to understand, to undo and restructure my identification with my gender and sexuality. Perhaps a large part of my journey is about taking such critical turns, and it is best captured by these lines from Call Me By Your Name (2007):

But there were. Mistaken turns, that is. Everyone goes through a period of traviamento – when we take, say, a different turn in life, the other via. Dante himself did. Some recover, some pretend to recover, some never come back, some chicken out before even starting, and some, for fear of taking any turns, find themselves leading the wrong life all life long.[4]

I am still figuring whether I have recovered, or I merely pretend to have recovered. However, the process and the journey continue, and now I have a few tools with which I can take care of myself and those around me.

Article written by: An kush

An kush is presently pursuing a PhD in Cinema Studies from the School of Arts and Aesthetics, Jawaharlal Nehru University (JNU). He has completed his Masters in Arts and Aesthetics and an MPhil in Cinema Studies from JNU. His MPhil dissertation was on Bodo digital films, music videos from Assam and its presence on social media. He was one of the recipients of the Social Media Research Grant for 2016 from The Sarai Programme, Centre for the Studies of Developing Societies (Sarai-CSDS), New Delhi. He has also worked as a copy-editor and his research interests are popular film forms, film history, gender, sexuality, and visual and performative art.