In this series, Special Features, we will be featuring people who have done groundbreaking work in the field of Gender, Sexuality, Women’s Rights, etc. to get an insight into their lives and their work. More and more people are joining the feminist movement and working on Gender and we wish to bring them in the limelight, one life at a time. 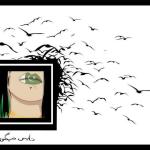 The first thing you notice when you click on Eiynah’s blog Nice Mangos, is a disclaimer warning you ‘The blog that you are about to view may contain content only suitable for adults’. In her own words, Eiynah, a pseudonym that she uses, is a Pakistani-Canadian blogger illustrator who blogs and draws about sexuality in South Asia (Pakistan mostly). She also writes/illustrates children’s books in the hopes of promoting more inclusivity, diversity and secular values and also to create resources where South Asian children are featured as characters, because she feels they are very underrepresented in international children’s literature. Its important for kids from all over the world to have characters to relate to, for books to tell their stories too…

Please tell us about your blog and the idea behind the name. 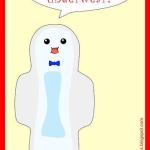 It started as a blog about Pakistani sexuality (the first of its kind I believe), discussing the few candid interviews I had managed to get, despite major roadblocks. As word spread more and more people reached out with questions and concerns they had regarding sex or sexuality in Pakistan (and sometimes India too), I started including messages and emails from my readers, and answering them through blog posts (all anonymously of course) – and discovered that many people had similar concerns/thoughts/questions, and that many were just intrigued to read about others. Since sexuality is such a taboo topic in our culture, there is not much discussion around it. Which results in a lot of misinformation. Its important to provide a platform where people can discuss it openly, without experiencing the backlash. The blog has grown to include discussions about sexuality and religion, sexuality and politics, etc. Its main purpose is still discussion about sex and sexuality within South Asian and Muslim culture. 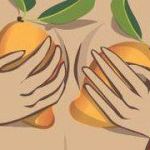 I chose nice mangos because of the popularity of Pakistani mangos, and for the usage of mangos as a euphemism for breasts. I thought it was apt because I write about sex. Its also meant to be a subtle statement about the objectification of women.

What are some of the interesting projects you have worked on? 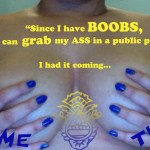 #BearOurBreasts was a very interesting project and I plan to get back to it soon, and in fact open it up to women not just from Pakistan but all over South Asia. I would feature a pair of breasts every week combined with a quote from the person featured to express some of the sexism, misogyny they experienced as a woman in Pakistan. Got some really interesting feedback of course, many people – mostly men were not thrilled with women freely expressing themselves in such a way, or exposing their breasts. 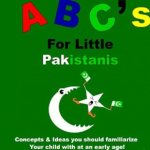 ABC’s for Pakistanis was a joke children’s book I created to highlight some of the issues our community faces. There was F for fundamentalist, and O for oppress for example…

I tend to be viewed as someone who is ‘airing the country’s dirty laundry in public’ a lot of the time. I get a lot of negative feedback from ‘patriots’ who are unwilling to acknowledge any issues.

How did the concept behind ‘My Chacha is Gay’ emerge?

It was something I had been planning for a long time. I write about sex, and sexuality. Homosexuality is something that comes up often. I always wanted to do a children’s book tackling homophobia because I think it’s a way of breaking down and simplifying the issue, to possibly speak to some adults too. Why did you choose to write a Children’s book and not one for adults?

Who says this book is not for adults 😉

In all seriousness though, I used this medium because simplifying the issue was the idea. I wanted to make a picture book. I think as an illustrator, it a great medium for me to express myself. And it’s actually been used in classrooms with older children too, so it’s not necessarily just for under 5 year olds. 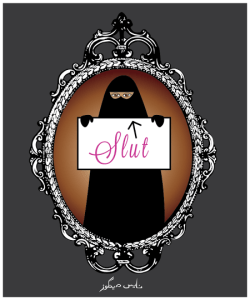 How has the response been so far, especially in Pakistan? How do you plan to take it forward?

Generally Pakistani media has been very silent on the book, despite the fact that it has been covered all over the world, in some major international papers too. The general response from Pakistan hasn’t been great, unsurprisingly. But there have been some groups of people who have been incredibly supportive. Most of my funding for the crowd-funding campaign that published the book came from Pakistan. So there is support, even if its from a small number of people. Internationally the response has been phenomenal, I received more support for this than I could have ever dreamed possible.

Did you also receive threats/hate emails? How do you deal with them?

I receive a lot of hate mail and threats. So much of it, that I’ve become quite used to it, I usually don’t take it seriously, some of the things people get mad about are really quite entertaining. But of course, there is a very serious element to the hate, even though it might be funny on the surface, I am aware of the risks involved.

What other kind of support have you received from individuals and/or organisations?

Well, my book, My Chacha is Gay was crowd-funded from all over the world. It was a tremendous help to get that support.

Some individuals have helped by writing stories about the project and about my blog, spreading the word through media is always helpful as well, so I’m thankful to those who have done that. Other than that, I haven’t really received any support. 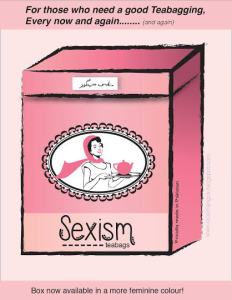 How has the journey been, given you hail from Pakistan and talk about Gender & Sexuality?

Its been a long roller coaster ride. A lot of it has been uphill, a lot of road blocks, and issues. People not wanting to associate with me because of the topics I speak about, or people not wanting to acknowledge that they read my work because of the content…Its been tough, because I have a large readership, but a lot of them are very silent and unsupportive. I feel like I run a one-woman media company sometimes, with no pay and no support. It gets exhausting.

What message would you like to give out to your fans & supporters?

Please don’t ever be afraid to speak up for yourself and for others you feel are being treated unjustly. That is the only way we can bring change. And if you like my work please help to spread the message by sharing it. There are many who like it, but feel it is taboo to publicly associate with work about sexuality – those people are only helping to perpetuate the mentality I am struggling against. Sexuality is an important and natural part of life. The amount of hurt that misinformation about sexuality causes people is immeasurable. Women suffer the most in our culture. This needs to change. Please don’t be a silent observer. Do something. Whether that just involves sharing a story on social media, sharing your story, or standing up for someone in real life… no matter how big or small, each step counts.

Eiynah’s book My Chacha is Gay can be purchased online here.

Disclaimer: All the images have been used from the author’s blog with due permission.