More than 10 years back, I had organized a screening of Meema Spadola’s breakthrough documentary, Breasts, at the National Gallery of Modern Art in Mumbai. I call Breasts a breakthrough because it was – it featured 22 women, aged 11 to 84, talking unabashedly to the camera about their breasts. Or breaking through the silence that surrounds these body parts. All these women were filmed in mid-shot, or till the waist, with their nude torso – and their bare breasts – fully visible to the viewing public, the real breakthrough in terms of form. Filming them with their breasts exposed with their full consent gave these interviews the embodied resonance that talking heads rarely achieve. 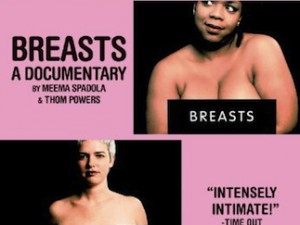 At the packed NGMA screening too, the ‘form’ was all the rage – for a different reason. The Times of India had published a curtain-raiser announcing the screening, leading to a near telephone riot as hundreds of men called in asking how they could attend the show. (This was before the era of smartphones offering up bare breasts on tap). While heavy male breaths mingled with irritated female sighs at the intimate auditorium, and the actor John Abraham (who attended but breathed normally) asked what feminists thought of breast augmentation, a representative of a reputed women’s organization called me right after, insisting that the film was ‘obscene’ and should not have been shown. Of course she had not seen the film but heard about it – a situation that immediately reminded me of those who want to ban books they haven’t read. I offered to host a screening, while reminding her of the irony of doing so: it makes no sense to create a special opportunity for someone to see something that they will then try to block! In any event, sanity was restored after the would-be censors did see the film, after which they all said that ‘this is a film that every woman should see’.

I agree. And I digress somewhat. This is not a cautionary fable about censorship and its excesses, but an exploratory essay on body image, using breasts as a starting point. And full disclosure here: in my younger days, when I was asked to make a hypothetical choice between a mastectomy (or breast removal) or a limb amputation, I had said I could live without a hand but not without a breast. Just goes to show the foolhardiness of youth, especially in a day and age when actors like Angelina Jolie choose to have their breasts removed than face potential illnesses that may lurk in them.

So why is the breast such an integral part of our body image as women? Why does it matter whether our boobs are big or small, natural or not? Does this come down from our ascribed roles as mothers and breast feeders? Is this linked to our sexual selves? Did women define ‘breasts’ as sexy, or is this concept a patriarchal implant or a little bit of both? Are our breasts ‘power tools’ or do they rob us of power? While you dwell on these thoughts, dear reader, note how our image of ourselves depends on how we are embodied. In Breasts, a transgender woman proudly displays her new breasts – to her, this is her indication that she is now all woman. A cancer survivor talks of negotiating the loss of her breast, a stripper talks of the professional value of the breast and so on. Why have breasts become, as the filmmaker says in a book she later wrote, our most public private parts? 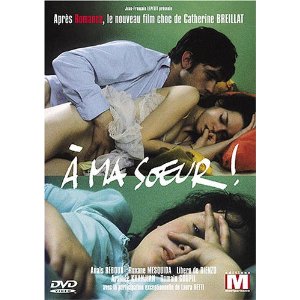 If Breasts explores this aspect of body image, another film on the same theme has stayed in my mind for more than a decade. Fat Girl (A Ma Soeur) was made by Catherine Breillat in 2001, and tells the story of two teenage sisters: Elena, a nubile nymphet, the very sight of whom seems to spell sex (much like the role played by Mena Suvari in American Beauty), and Anais, a puffy 12-year-old who is constantly stuffing her face. While body image is a common teenage trauma right from pimples and acne to hair and weight, what sets Fat Sister apart is its implicit yet relentless exploration of this phenomena, which is present in every frame, every breath both the sisters take.

In one of the film’s longest and most spellbinding scenes, Anais watches her sister have sex with her boyfriend in the bedroom they share; we see her yearning and her lack of confidence and her understanding that she and her sister inhabit different worlds because they inhabit different bodies. Breillat plays this psychological realization to a shattering finale, a finale that brings the complicated question of body image to a provocative head in a way that seems artistically true to both plot and character yet unacceptable in its politics, a finale that has cost her as many repulsed female viewers as admirers. When we think of body image, we tend to imagine the area below the head – size and shape is what we commonly talk about. But what about the face? How does that play into our body image, especially in situations when the face is no longer what it used to be? I’m not talking merely about aging, although that too is a factor – there can be no doubt that our body image changes with age, as actor Robert Redford’s must have done as his face began to reveal the ravages of time. There is also no doubt that the face is not the only place where age marks time; I got glasses the minute I turned 40 and started colouring my hair the minute I turned 50, not because I wanted to look the way I did when I was 20, but because the grey flecks in my hair (particularly the Indira Gandhi-style grey coiff in front) started affecting my visual image of myself. I started feeling older, but the minute my hair colour changed, I went back to feeling ‘normal’.

Back to the face now. Everything from the Botox phenomenon to the age-old use of face masks testifies to the importance of the face, which the ancient Greeks – among other cultures – held to be the repository of beauty. So how does body image change when the face changes significantly, for example after an acid attack? The blog, Faces Without Acid, shows acid attacks survivors in Colombia who have decided to reveal their faces; it evoked in me both anger at the attacks and pride in the mind’s ability to reframe the body.

Ultimately, body image is a mind thing. Look at how Arab-American stand-up comedian Maysoon Zayid, takes her cerebral palsy, which makes her shake constantly, in her stride. ‘I’m like Shakira meets Muhammad Ali’ is her opening line. Look at how your image of her moves beyond the body shaking after a second or two. Look at how Lizzie Velasquez, once labelled the world’s ugliest woman, redefined herself. Look at how 22 women confidently bared their breasts – sagging, misshapen, lumpen and all – in Breasts, a single act that reveals how one can shape one’s own body image, set one’s own standards. At the end of the day, beauty doesn’t lie merely in the eye of the beholder or in a punishing societal gaze but also in how we see ourselves. We don’t need to change our bodies to change our body image; we just need to change our minds.