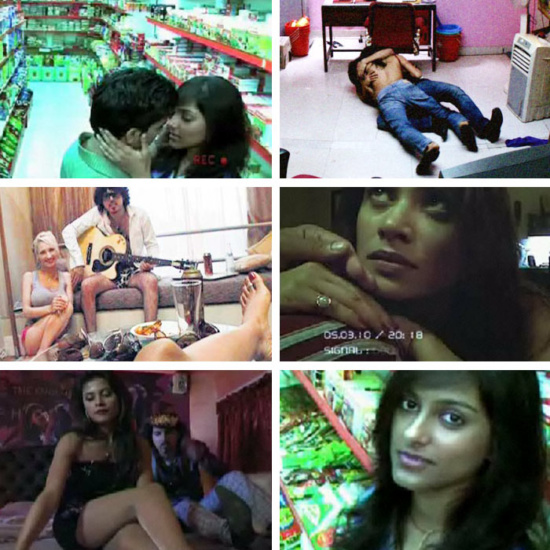 In an article addressing the aftermath of the Supreme Court judgement that made it mandatory for the national anthem to be played in cinema halls before the screening of a film, Lawrence Liang lays bare the relation of the state with its populace vis-à-vis cinema. The potency of the medium to form subjectivities has been brought to light time and again (Kaur and Mazzarella 2009, Mazzarella 2013, Gopalan 2002, Liang 2012, etc.), with the CBFC (Central Board of Film Certification) website taking stock of the exacting charge of the medium while claiming:

“Film censorship becomes necessary because a film motivates thought and action and assures a high degree of attention and retention as compared to the printed word. The combination of act and speech, sight and sound in semi darkness of the theatre with elimination of all distracting ideas will have a strong impact on the minds of the viewers and can affect emotions…”

The law as the guardian of morality claims to know how images work and presumes their influence. It judges the appropriateness of images, and those that it deems censored are replaced by a legal text. The function of censoring a film, while an exercise of the silencing function of censorship, is also indicative of the affective charge of the cinematic text on the bodies of the censors themselves, i.e. the censored text is where the desires of the law reside (Liang 2012: 403).

The censors are far from an elusive tool of the state, but instead constitute groups of people nominated to carry out the handiwork of the state’s desire of curtailing the all-powerful force of film, lest it leads its (presumed) passive audience astray. But when the chosen, however, exercise the powers afforded to them through their legislative inscription, the party in power has been fast to supersede their authority to serve its own devices instead[1], thus proving the fallacy in the supposed autonomous agency of the censors.

Film censorship in India has always been a contention articulated through shifting paradigms given the instabilities that have come to define the institution. The notion of censorship of cinema has been highly debated, the repercussions of which have been evidenced in film form as well as spectatorship practices – censorship has defined our relationship with cinema, both in the making and the viewing of it.

In the form of the medium of cinema, the presence of the censors has not only been felt through the censored text – indicated in the jump cuts where the film reel is spliced, or the characteristic ‘beep’ littered through the profilmic – but also in the internal self-censoring that plagued Bombay cinema from the 1930s leading up to the new millennium. This period is marked by the industry’s drive to construct a new image of legitimacy, divorced from its earlier links with nefarious elements of society, keeping in line with the nationalist developmentalist ideology of the time and steering clear of themes and content that might be regarded as immoral, suggesting a compliance, and support even, amongst the Bombay film fraternity for censorship (Ganti 2012).

This cinema is rife with staccato interruptions where sequences leading up to ‘steamy’ sex scenes are juxtaposed against nature metaphors, (exercising Eisensteinian montage) validating cinema’s public moral image (while inadvertently grasping at memories of the form’s more avant-garde origins). These deployments plague the screens of even films considered radical for their time. Where for instance, in Bobby (1973), which introduced Hindi cinema to teenage romance on screen set against a backdrop of class divide, the sequence where the couple first acknowledges the desires of their bodies­­ witnesses Bobby (Dimple Kapadia) running to embrace Raj (Rishi Kapoor) standing under a blooming gulmohar tree.

As the camera shifts to a pan from the opposite direction, betraying its own voyeuristic desires, we are privy to a comparatively more explicit shot of the couple in embrace, with Priya’s naked body hidden by Rahul’s and the grass. As the pan moves back to the trunk of the tree, the camera’s pursuit of its own gratification is interrupted with a shot of Rahul falling topless on the grass turning to Priya, sharing a moment of post-coital exhaustion. Film scholar Lalitha Gopalan reads such deployments, that she terms ‘coitus interruptus’, as characteristic of Hindi cinema’s own self-censoring where the female body is censored­­ –instead of lingering on the female body itself, the camera shies away from the erotic to cut­away shots of waterfalls or flowers.

This reigned-in phase of Hindi cinema predictably led to a coming of age in the emergence of a group of gritty filmmakers in the new millennium that stood in stark contrast to the sanitised image that the industry had so far been striving for. Negotiations with censorship became a hot topic, with filmmakers like Anurag Kashyap lobbying for free speech while his predecessors argued over the ineffective methods of censoring[2].

The censored text in its aesthetic deployment took on an affective charge where a sharp ‘beep’, used to cover up language deemed ‘profane’, brought to stark attention the presence of the censors on the cinematic text (Paanch (2003), Black Friday (2007), No Smoking (2007), LSD (2010)). In these films, as I’ve argued elsewhere, the censored beep was consciously woven onto the filmic text by placing it as an object with the motive of having the text censored. Such deployments made visible possibilities for subversions that lay in functioning under strict regimes of control. The libidinal desires of the form that had for long been spoken in the language of the censors now articulated itself through the censored text. Charged with the ‘beep’, it now elicited a provocative force the censored object itself could only hope to muster.

The force of publicity that is gathered in the censoring of a film (in this case the lyrics of a song) helps create intrigue about the object censored. It garners a sympathetic following amongst an audience whose spectatorship has for long been mediated through censorship.

The censor certificate that is displayed before every film screened in a theatre, along with the legal text that replaces the censored object, stand as a reminder of the object denied to the viewer. The digital medium, with its relatively unbridled space of exhibition, makes objects of intrigue more easily accessible than ever before, juxtaposing them against the muted libidinal voice of the censored text. The coital collides against the interrupted barrier of censorship that filters images against its sieve of legal morality.

Cinema’s engagement with censorship has evolved from its earlier sepia-tinted analogue courting, where the libidinal desires of the former appropriates the deviance prescribed onto it by the latter. The affective potency of the censored subject is turbo-boosted through its legal vetting in its digital counterpart, which flings the contraceptive membrane of the censored text onto dispersed screens.

[1] 2015 marked a moment in the history of the CBFC in India when the chairperson Leela Samson resigned in January stating “interference, coercion and corruption of panel members and officers of the organisation who are appointed by the ministry” as the reason, taking with her 12 members (nearly half) of the board. Her resignation was a culmination of several failings on the part of the I&B ministry including not sanctioning funds for the meeting of the CBFC members since January that year, as well as ignoring all recommendations made by the Board. The pinnacle of the government’s disregard for the CBFC came in the passing of Messenger of God (MSG), a film written, produced, directed by and starring the spiritual organisation Dera Sacha Sauda’s chief Gurmeet Ram Rahim Singh. The film, after having been denied a certificate by the CBFC, was passed with a universal viewing certificate overnight by the Film Certification Appellate Tribunal (FCAT).

[2] For instance, in the climate of moral outrage against Yo Yo Honey Singh’s use of sexual profanities in his lyrics that erupted on a social networking site in 2015, with the illuminati of the Hindi film industry joining in the collective moral outrage against Singh, Kashyap stood his ground for free speech and defended the artist. The discussion over Singh’s lyrics alluded to the incompetency in existing modes of censorship, proposing (amongst suggestions of banning the artist) that it was the industry’s prerogative to create their own code of morality that they would uphold without state intervention. In defense of Singh, Kashyap however, stated “It might be a crass song but crass also has the right to exist”, claiming that the use of the word ‘choot’ (vagina) that had initially sparked the outrage was evidence of sexual repression, going on to elaborate how “as a country, repression is one of our biggest problems. You can’t tackle repression with suppression”. A condensed version of the original article in available online.

‘Beep’ – The Sound of Erasure: The Censored Text as an Aesthetic Device. SubVersions: A Journal of Emerging Research in Media and Cultural Studies. Vol.3 Issue.1 2015. Accessed on 28.12.2016.

Ishani is a part-time researcher and full-time cinephile. She consumes media indiscriminately and calls it ‘research’ for her PhD in Cinema Studies from the School of Arts and Aesthetics, Jawaharlal Nehru University. Her current work is centered on cinema’s digital desires and its strive to escape somatic scrutiny. She has a knack for alliteration and harbours a special love for the “pool of movies your mama told you not to watch” (Joe Bob Briggs, 2008).