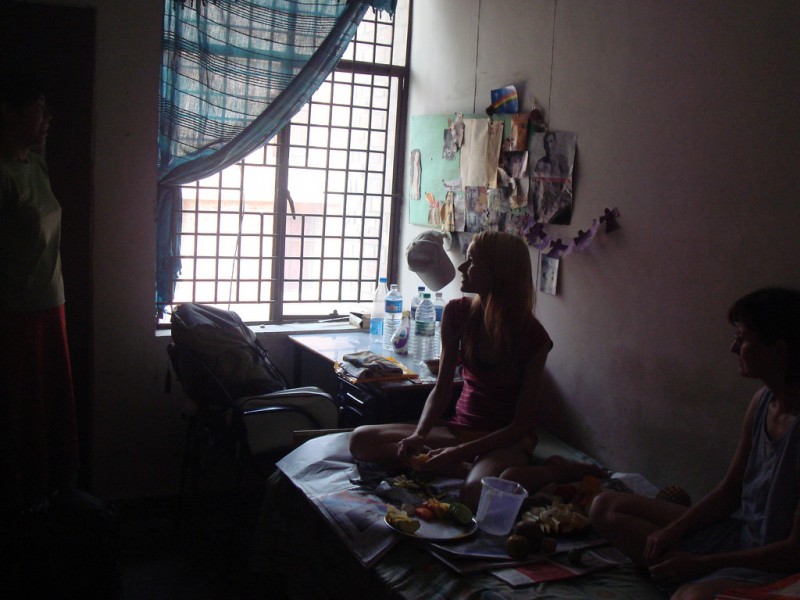 Attire and SexualityCategoriesThe I Column

The politics of controlling a female body and mind has many layers/ways. Some are overt and others are not. What a girl/woman should wear has been at the centre of societal discourses and mores. Here, I am unpacking the interconnections of attire and female sexuality based on age. I am reflecting on my own experience as a student, a researcher and a teacher.

I did my schooling and higher studies in Delhi. Thanks to a compulsorily uniform attire at school, the differences in socio-economic backgrounds of students were successfully erased. But as one enters college, one’s attire gets significant attention, especially for a person from a weak socio-economic background. This transition period from school to college is also the age of sexual anxieties, experiments and experiences. One’s attire determines how one is looked upon, and in the initial days of college, friendships are forged on the basis of unsaid parameters of who dresses how.

For someone who barely managed to pay their college fees, the task of ‘dressing up’ everyday was an ominous one. One’s attire is a mark of one’s caste/class/gender/sexuality/region/religion and multiple other identities. At the time, a common piece of advice from known elders was that one’s attire should command respect, it should not be vulgar. I wondered how a person could be measured by their attire! Why this sudden interest in what I wore from the people with whom I had barely interacted otherwise?

A deeper thought exposed the patriarchal intention of controlling the body through clothes. Of course, it is packaged in the language of care and concern. To follow Foucault, one could say the panopticon gaze (the idea of a silent, unknown overseer who subconsciously controls all aspects of life) always determined what one is wearing.

As an undergraduate student not exposed to feminist discourses, the binary grid of decency/vulgarity guided my sense of dressing. The scales of decency/vulgarity were defined by college-goers in two words: ‘behenji’ (an unsophisticated woman) and ‘smart’. In those days, if one was not experimenting with one’s attire beyond salwar-kameez (South Asian long top and loose pants for women), then one was a ‘behenji’. Behenji meant one who is not ‘sexy’, a traditional girl epitomising modesty as an ornament of femininity and Indian culture.

Even in salwar-kameez there were categorisations. If a girl was wearing a kameez with a deep neck exposing her cleavage, then that girl was deemed not respectable. And, especially, if the girl was wearing a body-hugging kameez with a zip at the back, then an eye of suspicion on the girl’s character was a surety. These were seen as signs of indecency, as the girl was comfortable with exposing the contours of her body without apology.

A girl/woman unapologetic about her sexuality is always perceived as a dangerous asset in patriarchal understandings. One that has to be tamed, controlled and reformed. One that is a threat to monogamous marriage and the morality of society.

In those times, wearing a pair of jeans was seen as a mark of being a ‘modern girl’ with a rebellious streak.

As I became a postgraduate student and was exposed to feminist discourses, the critical eye and questioning mind occupied their right places. This was reflected in my attire too. I was no longer conforming to the decency/vulgarity grid. It was a phase where I gave the least care to what others thought about me. I reached the stage of, “You are defining the attire and not vice versa”.

But this detachment/distance from society was short-lived. Soon I became a researcher and travelled to rural areas. The power of attire hit me once again. This time for clearly different reasons. To connect with the people I was interviewing, to open the window of interaction, I had to dress accordingly.

In field work, a woman researcher not wearing a dupatta (a long scarf) turned out to be an issue. I was forced once again to think about my attire. But this time I was subverting these symbols of attire for my own end. I was not apologetic about my sexuality but presented myself in a manner that established a level of comfort for the interviewee. Using the power of attire became a part of life.

Once I became a teacher, it was yet another level of understanding and unpacking the power of attire. Life had come full circle. From a student to a teacher.

From the beginning I wanted students to understand the constructedness of the image of an ideal teacher where attire played a significant role. Conventionally, one, as a teacher, is expected to dress in a certain manner, preferably in a sari or in a salwar-kameez. Again the project of patriarchy is same. A teacher has to be an asexual being.

This was an opportunity to not only question patriarchal presumptions but to construct a new paradigm. As a teacher I began to experiment with my attire. From the sari and salwar-kameez to shirts and trousers, palazzo pants, skirts, and jeans. Quite literally everything I felt like wearing.

And in the process, expressing, experimenting with and experiencing my sexuality without any guilt. Through all this, I have tried to convey to my students that you have the freedom to decide for yourself; you can define what your attire conveys with your personality and not have it done through the prism of patriarchy.

With unsaid ways, with actions, one has moved beyond the world of binaries (tradition/modernity, decency/vulgarity, sexual/asexual) in defining the power of attire vis-à-vis sexuality. It is a drop in the ocean of changes, but, surely, it matters.

Rashmi Gopi joined the department of Political Science, Miranda House, University of Delhi as Assistant Professor in 2015. She has done her graduation, post-graduation, M. Phil and Ph. D in Political Science from the University of Delhi. Her specialisation is Gender Studies. Her other research areas of interest are Political Theory and Theories in International Relations. She has published articles in international and national journals on varied subjects like Masculinity and Nation: A study of Gandhi and Savarkar; Ayurveda Tourism; and, Ragging. She has written a book titled Constructions of Masculinity in Three Political Spheres (Author’s Ink Publications, 2017).