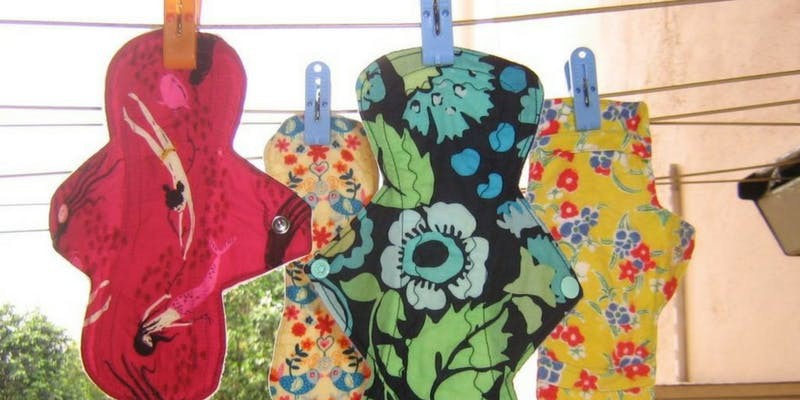 Sanitary napkins made of cloth. (Image credit: The Kachra Project)
CategoriesHome and SexualityVoices

As I stormed into the living room, an unfamiliar silence lurked. My usually chatty parents were absorbed in drinking their evening tea, exchanging no looks, making no acknowledgment of my sudden intrusion. No wonder they sat there like that, embarrassed at the sight of Akshay Kumar merrily dissecting a sanitary pad in the trailer of his upcoming movie Pad Man. Something like this is enough to make any ‘normal’ family in our country embarrassed and uncomfortable. Menstruation is so much of a taboo that many mothers and daughters talk about it in hushed tones, and it is rarely mentioned by other family members.

While examining spaces, we often stop short of acknowledging that even our domestic settings, our homes are also distinctly gendered. The man-woman dichotomy not only defines our public spheres, but has also, for far too long, come to determine the atmosphere of our homes as well. Taking a cue from the menstrual taboo mentioned above, houses have strict protocols to deal with the entire procedure. Sanitary pads are mostly hidden in a closet only known to the women. The men, even if aware of this closet, choose to feign ignorance. Furthermore, stuff such as hair removal cream and women’s razors cannot be seen lying around, for the simple reason that while the sight of a beard trimmer does not horrify us, a woman’s razor could potentially do so (why take a risk!).

Clothes aligned on washing line, like bats hanging upside down on trees, are a usual exhibit outside most Indian homes. However, women’s inner wear is conspicuously absent from the line-up. It may occur to an outside observer that there are no women in the house or that they don’t wear undergarments at all. These are in fact hung surreptitiously somewhere inside, in a “neutral” (and confined) space – spaces usually beyond the gaze of the world outside and the men inside the house. The choice of these spaces is made keeping in mind the architecture of the house. The places that men engage with least reused to cater to these ‘feminine’ needs.

The contest for spaces in the home leads to a clear demarcation of the boundaries between men and women. Even the slightest hint of a woman’s body or her sexuality has to be subdued. Stepping out to the balcony in shorts or just a towel could be routine for a man, but this is territory that women navigate with difficulty. Casually walking out onto your own balcony or even the common room without being fully covered is a privilege that women do not have. Women are often not allowed to feel comfortable in their own homes.

Though, the home may be considered ‘the woman’s den’, there is no specific private space for her in this house that is labelled as her territory. She is said to control the whole house but it’s interesting to note that sometimes she may not have even a corner exclusively for herself. The fact that women are deemed ‘necessary’ in the kitchen whereas men are rarely expected in that space is a classic example of the sexual division of labour. When men do get involved in the kitchen, it is seen as a ‘charitable’ and extraordinary act. And so, even in the most modern of modular kitchens the expectation that a woman, whether a working professional or otherwise, will cook for her family, underlines the fact that her labour is essential at home regardless of her professional status. The kitchen therefore is less a space for a woman’s expression of herself, and more a utilitarian space from which she ensures the smooth functioning of the family. In an entire house labelled as hers she sometimes may not have even a nook, a private space – a space that allows her to engage with herself, enjoy solace and that does not come with gender-role impositions – that can be truly called her own.

So, even though “home” is supposed to be a place of comfort – a personal space which should allow us to express our gender, sexuality and bodies freely – this notion of home stands defeated in reality, where there are certain unsaid rules which govern the distribution and use of space. Conduct, clothes, actions and even language are regulated based on gender.

The acclaimed feminist Sherry Ortner[1] famously equated “nature” with women and “culture” with men. Culture symbolizes “human consciousness”,[2] such as the products of thought and technology which can easily assert control over human activities. These things are tangible and can therefore command more respect and returns in society. Nature, as most of us come to look at it, stands for something constant, dependable and sustaining. It does not control but nurtures and therefore does not contest for power at all. This dichotomy stands useful in contemporary times, and we can see it unfolding right within our homes.

“Home”, therefore, comes to mean something different for women and for men. The very structure of a house stands testimony to this idea. In most homes, especially older ones, the kitchen is situated in a private and interior space, as are the other rooms occupied by women – devoid of connection to the outside world. The garage, parking, and other fairly “masculine” areas are situated at the cusp of home and the outside.

“Different but equal” is probably a notion best suited for feminist slogans or liberal advocacy. It certainly has a very weak resonance in practical lives. Our homes are sustained on very little or rather no expression of women’s sexuality. This system garners energy by feeding off of existing biases and taboos which haven’t stayed outside but have entered the realms of our domestic spaces. To consider that a home should lead to fluid expression of one’s body and sexuality is in fact just wishful thinking as of now.

While a detergent can be sold by claiming “daag acche hain” (stains are good), a sanitary pad dare not be marketed thus. Such is the paradox of women: charged with creating a home out of a house, but not one that caters to their comfort or desires. Society’s “ideal home” is one in which women are not seen at the outset and neither are the markers of their presence. By performing the roles she’s expected to, by adhering to the boundaries carved out for her, she fulfills the role of ‘the woman’ of the house. She exists in the house as an embodiment of certain relations she’s labelled with, namely mother, wife, daughter, etc. It may be concluded that she is expected to ensure family stability, keep intact its ‘honour’ and maintain a smoothly functioning home, all while keeping her sexuality and desires subdued.

Zeba Siddiqui is a research scholar based in Delhi. Having studied at the JNU and Delhi School of Economics, her work have been focused on sociology of public health and medicine. She has keen interest in public health polices and reproductive rights issues of women. She has written on similar issues which have been published previously.