Going strictly by popular culture, you’d be forgiven for thinking sex was invented sometime in the 1960s. Obviously our ancestors were getting it on long before that; Socrates invented Western thought while diddling little boys. But the ’60s were when sex became fun, right? Wrong. Turns out historical men (and women) were light-years ahead of us in the pleasure department, thanks to inventions like: 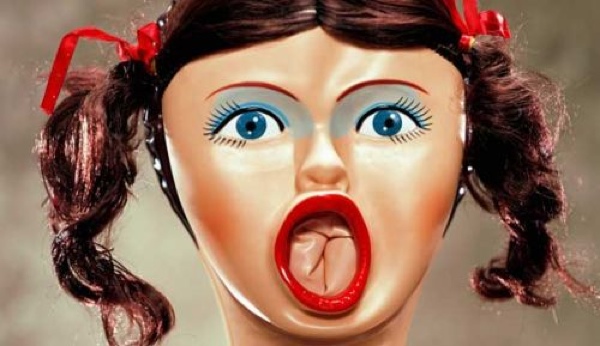 Lady substitutes are recorded as far back as the seventeenth century, when French sailors devised the Dame de Voyage: a collection of curvaceous rags that could only ever resemble a woman to a homesick Frenchman. But it wasn’t until vulcanised rubber was patented that the more familiar model came about: in 1904, alchemist Rene Schwaeble recorded meeting a ‘Dr. P.’ in Paris, who built inflatable dolls for discerning gentlemen.

Less than four years later, German sexologist Iwan Bloch was marvelling over mass-manufactured versions that could ‘imitate ejaculation’ on sale in Parisian catalogues. Creepiest of all though has to be the firm offering a custom doll resembling “any actual person, living or dead” – which has to be the single most disturbing tagline in the history of advertising. 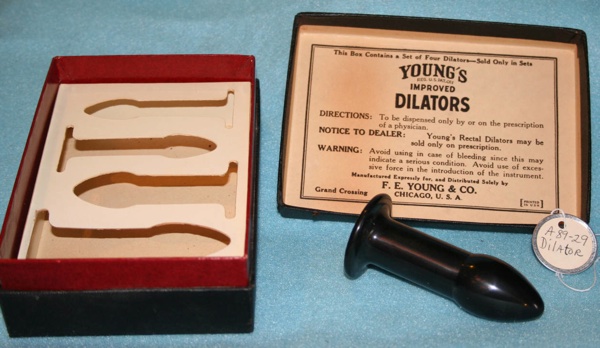 Frank E. Young was a man with a vision, and that vision involved things being inserted up other people’s rectums. Developed in 1892 but not marketed until the turn of the century, his ‘Rectal Dilator’ was a terrifying 4 1/2-inches of pain designed to go where the stars never shine. Billed as a cure for piles, the devices were hawked to doctors and even advertised in respected journals.

People might well have gone on believing they were medical devices too, were it not for the ridiculously suggestive instruction manual included with each order. For 40 years these Victorian butt plugs were sold across the United States, before falling foul of the 1938 Federal Food, Drugs and Cosmetics Act, which banned them for “false advertising”. 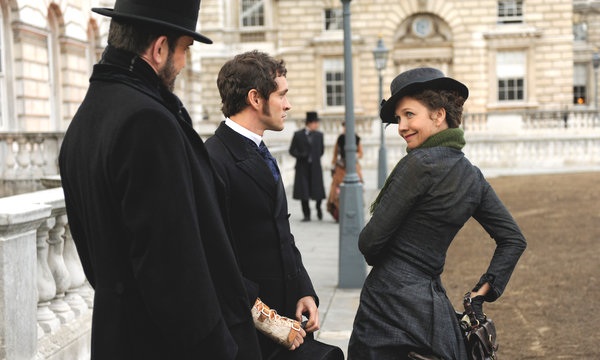 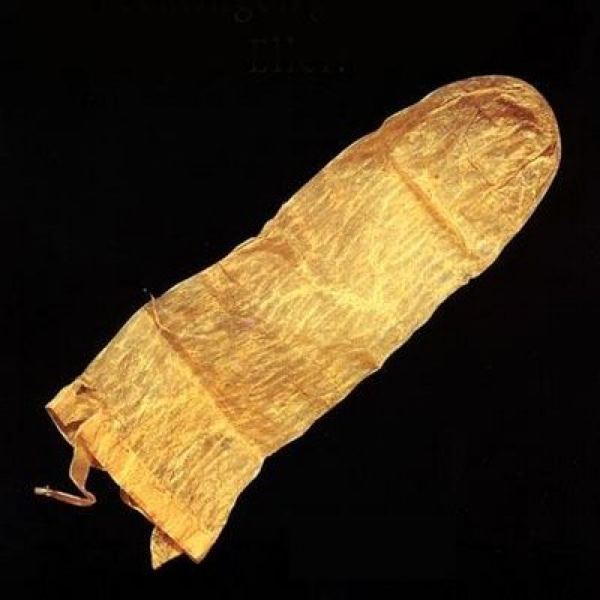 Did the ancients use condoms? Maybe: there’s evidence to suggest people were wearing something, but whether or not it was for contraception, we’ll never know. Going by a strictly modern definition, the first reliable record of their use doesn’t appear until 1564.

After the Black Death, Late Medieval man was walloped with an epidemic of syphilis. Not unreasonably, people began to yearn for a way of having sex again without the threat of death.

Enter Gabriele Falloppio. His invention – a linen sheath soaked in chemicals and left to dry – may not sound like much, but boy did it work. In a trial that encompassed 1,100 volunteers, Falloppio reported not a single case of the ‘French Disease’. What did Europe do to thank him for his life-saving invention? Named part of our reproductive organs after him. 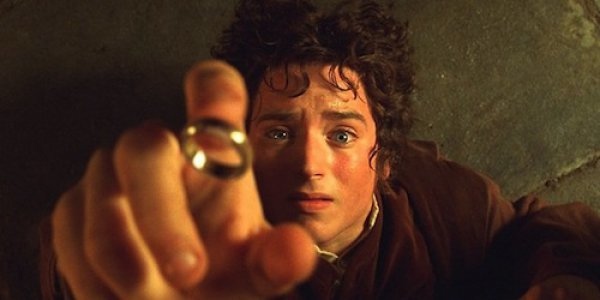 It wasn’t easy being ancient Chinese nobility. Not only did you have to put up with assassination plots and Mongol invaders, you were also expected to service your wife, mistresses and concubines on a regular basis. It may sound like fun (and probably was), but there was an urgent reason behind it: if you didn’t produce an heir, you could be pretty sure some obscure prince was going to step up. In such stressful circumstances, performing can become – well, difficult.

Hence the penis ring. Made from the eyelids of a goat, with the eyelashes still intact, it helped the wearer get on with the business of impregnation for hours on end – even if he was secretly crying inside. 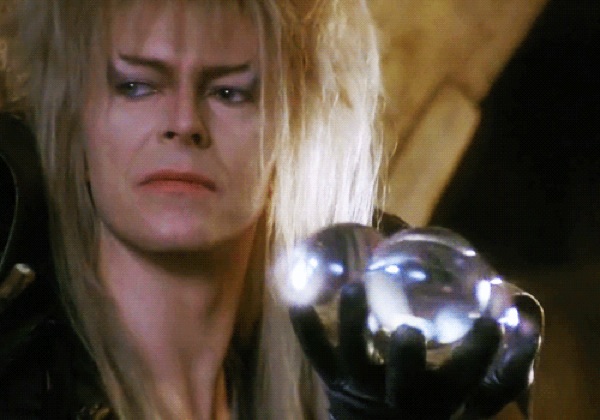 The origins of Geisha Balls are uncertain: all we know is that they appeared in the Orient sometime around A.D. 500 and were originally used to pleasure men. Women soon cottoned on to the benefits of the device, and the balls’ popularity went supernova. Recorded across most Asian cultures, Geisha Balls (also known as Ben Wa Balls, Rin No Tama or Burmese Balls) were the Rampant Rabbit of their day; a toy that could heighten pleasure during sex, or simply facilitate some good old-fashioned self-pleasure. 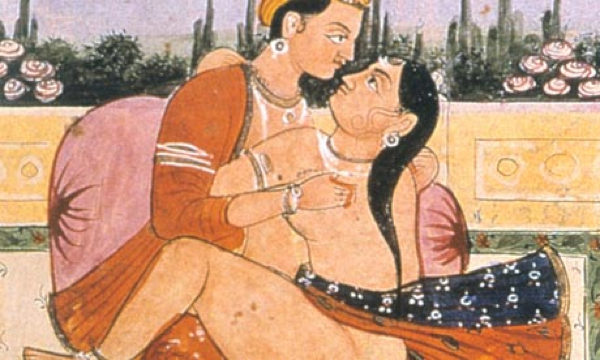 The Kama Sutra was many things: a manual for living, a treatise on sex, and one of the earliest recorded email scams. Honestly; about halfway down this page is a whole paragraph on making your schlong bigger by rubbing it with wasp stingers. It might technically work (thanks to swelling), but as far as sex goes, it’s about as useful as that tub of ‘enlargement cream’ you bought online with Dad’s credit card in Junior High.

Perhaps recognising this, the author(s) made a further suggestion: an ‘Apadravyas’ made of gold, ivory, silver or wood to “supplement (the penis’s) length or its thickness”. That’s right: before the invention of porcelain (seventh century), the number zero (ninth century) or the fall of Rome, our ancestors had discovered the strap-on. 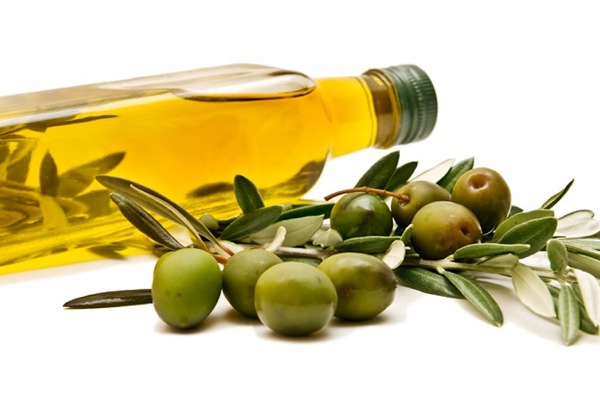 Given their reputation for enjoying orifices that don’t naturally lubricate, it should come as no surprise that the Greeks were into their lube. While no record exists of its early use, we do know that by 350 B.C., olive oil was big business. In Aristotle’s History of the Animals he makes passing reference to it, implying that smoother sex made pregnancy less likely. Two centuries later physician Soranus echoed his views; while Herodotus, Plutarch and Ovid all maintained that Athens got its name when Athena gifted the founders an olive tree – because that’s how much they loved olive oil. 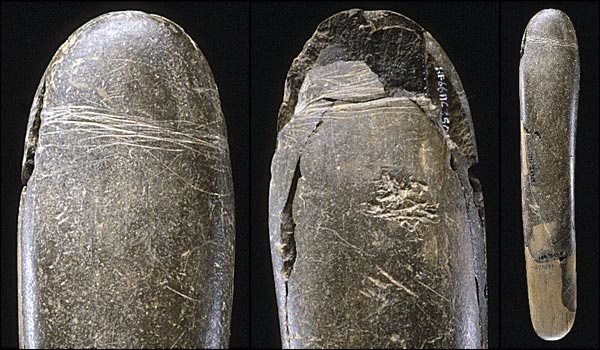 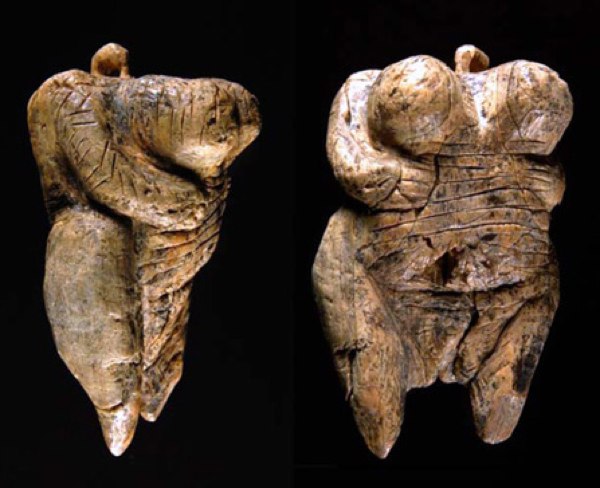 A few years back, archaeologists uncovered a pervy prehistoric statue. Carved from mammoth tusk, it featured a female torso with, how shall I put this, ‘exaggerated’ sexual parts. Although its age is uncertain, the best guess places it at over 35,000 years old; which means it may even pre-date religion. Now, obviously the history of religion is largely guesswork and some argue it’s much older than that, but still… the implication that we only sat down to figure out the meaning of life after we’d first solved “doing-it-yourself” may be the single most jaw-dropping case of prioritisation the universe will ever see.

About The Author:
Morris is a freelance writer and newly-qualified teacher, still naively hoping to make a difference in his students’ lives. You can send your helpful and less-than-helpful comments to his email, or visit some of the other websites that inexplicably hire him.This article was originally published on Listverse